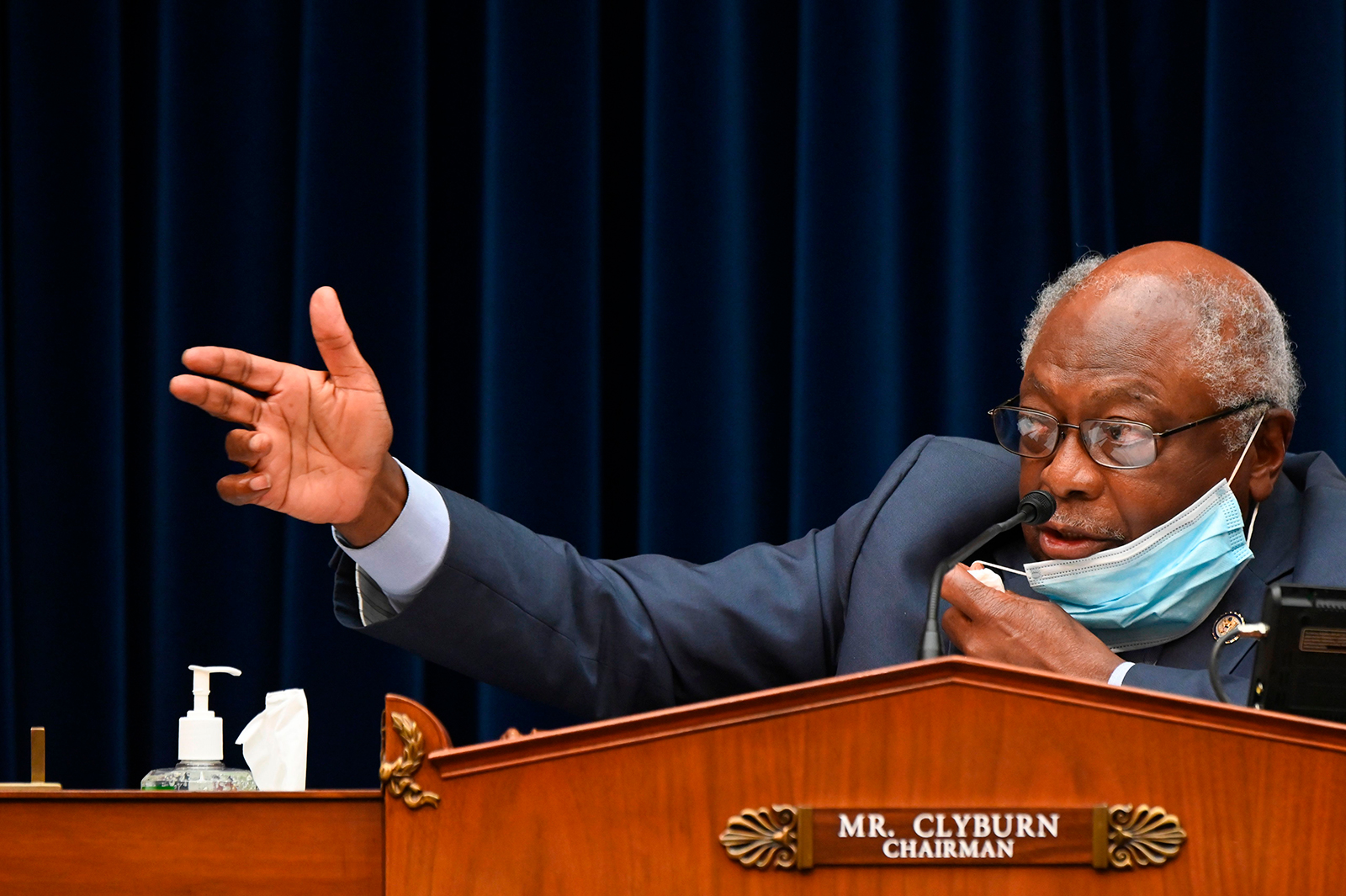 In his tweet, Trump claimed that the US is leading Europe in cases due to testing. The President has repeatedly argued that more testing is leading to more cases in the US. That is comprehensively inaccurate.

“Somebody please tell Congressman Clyburn, who doesn’t have a clue, that the chart he put up indicating more CASES for the U.S. than Europe, is because we do MUCH MORE testing than any other country in the World. If we had no testing, or bad testing, we would show very few CASES, ” Trump tweeted in part.

Clyburn asked Dr. Anthony Fauci, the nation’s top infectious disease expert, if he agreed with Trump’s statement. Clyburn pointed to Fauci’s earlier comments from the hearing where the public health official said the difference in cases is due to multiple factors, including how states reopened.

“I stand by my previous statement that the increase in cases was due to a number of factors, one of which was that in the attempt to reopen, that in some situations, states did not abide strictly by the guidelines that the task force and the White House had put out and others that even did abide by it, the people in the state actually were congregating in crowds and not wearing masks,” Fauci said.

Fact’s first: CNN’s fact check team has reported that Trump’s officials and his Republican allies have acknowledged it’s not true that a rising number of tests is the reason the number of cases has skyrocketed over the last month.

One telling piece of evidence that the spike is genuine: the percentage of people testing positive, a key measure of the true spread of the virus, has also spiked. As for his assertion regarding other countries — Countries like Germany have needed to do less testing over time because they were more successful at containing their outbreaks in the first place — by employing a strategy that involved aggressive early testing.

Watch the exchange between Clyburn and Fauci: