Dr. Anthony Fauci, the director of the National Institute of Allergy and Infectious Diseases, expressed concern that the name given to the CDC’s vaccine effort, “Operation Warp Speed,” could stoke public concerns that the vaccine will be rushed for political purposes. 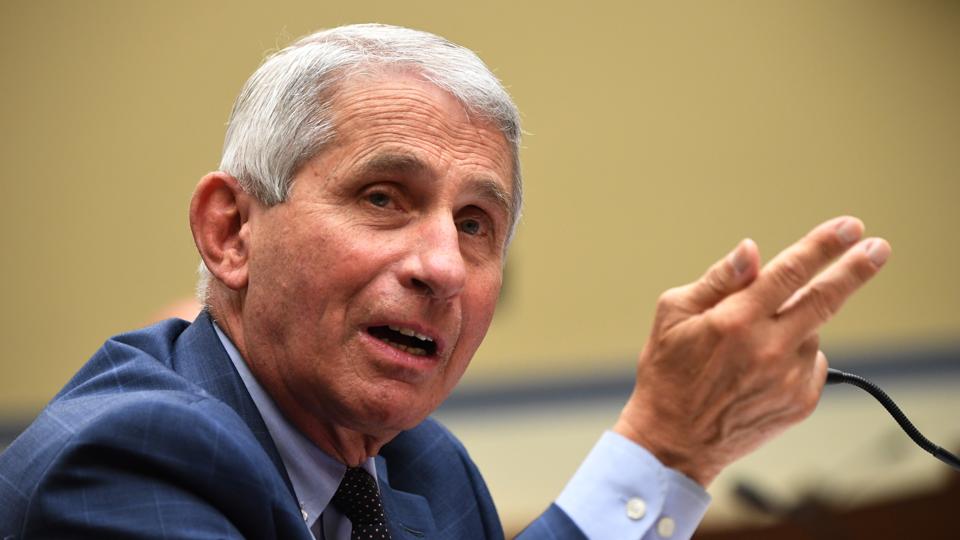 WASHINGTON, DC – JULY 31: Dr. Anthony Fauci, director of the National Institute for Allergy and … [+] Infectious Diseases, testifies before a House Subcommittee on the Coronavirus Crisis hearing on July 31, 2020 in Washington, DC. Trump administration officials are set to defend the federal government’s response to the coronavirus crisis at the hearing hosted by a House panel calling for a national plan to contain the virus. (Photo by Kevin Dietsch-Pool/Getty Images)

The program has doled out tens of billions of dollars in subsidies to drugmakers with the aim to produce 300 million doses of a “safe, effective” coronavirus vaccine by January, a far more abbreviated timeline than the usual years-long process for vaccines.

The name was created by Dr. Peter Marks, the director of the FDA’s regulatory unit and an avid fan of the sci-fi series Star Trek who successfully pitched it to Health and Human Services Secretary Alex Azar in April, the New York Times reported.

Fauci told the New Yorker that he “never liked,” the name because it “suggests, incorrectly… that you’re prematurely putting something out there that isn’t entirely safe,” echoing concerns he voiced in August that it “subliminally” suggests “reckless speed.”

Instead, Fauci said, the name refers to the government committing to buying millions of doses of vaccines before they are confirmed to work, which means, if they fail, “you’ve lost a few hundred million dollars,” but if they succeed, “you’ve saved four, five, six months of waiting to get people the vaccine.”

Democrats have accused the administration of politicizing the vaccine development process, with Democratic vice presidential nominee Kamala Harris alleging public health experts have been “muzzled” and “sidelined” and accusing Trump of attempting to rush the process to boost his electoral hopes.

President Trump has frequently framed vaccine developments in the context of Election Day; at a press conference on Monday he said that a vaccine may be ready “before a very special date. You know what date I’m talking about.”

“I would trust the word of public health experts and scientists, but not Donald Trump,” Harris said, with Democratic presidential nominee Joe Biden saying he’s “worried if we do have a really good vaccine, people are going to be reluctant to take it.” Still, Biden said, “If I could get a vaccine tomorrow I’d do it, if it would cost me the election I’d do it.”

Despite his concerns over the name, Fauci said he is hopeful about Operation Warp Speed’s success. “My hope, my expectation, is that we’ll have not one but multiple vaccines in 2021,” he told the New Yorker.

83%. That’s the percent of Americans in a STAT/Harris poll who said they would worry about the safety of a swiftly produced vaccine, with 78% saying they are concerned about politics driving the process more than science. However, 68% said they believe the FDA would only approve a safe vaccine.