FBI Director Chris Wray appeared at a House Homeland Security Committee hearing stating that ’Antifa is a real thing’ and the ‘FBI has cases against people identifying with the movement.’

FBI Director Chris Wray made clear that Antifa is not a made-up, right-wing conspiracy theory and that the FBI has cases involving those connected to it.

Appearing at a House Homeland Security Committee hearing Thursday, Wray explained that while Antifa is not an organization in the traditional sense, it is a movement and there have been suspects who claimed to be a part of it.

“Antifa is a real thing. It’s not a group or an organization. It’s a movement, or an ideology may be one way of thinking of it,” Wray said. “And we have quite a number — and I’ve said this quite consistently since my first time appearing before this committee — we have any number of properly predicated investigations into what we would describe as violent anarchist extremists and some of those individuals self-identify with Antifa.”

Wray’s words were in response to Rep. Debbie Lesko, R-Ariz., who claimed prominent Democrats have called Antifa a “fantasy.” In July, Rep. Jerry Nadler, D-N.Y., had dismissed the idea of Antifa violence in Portland as “a myth that’s being spread only in Washington, D.C.”

Later in the hearing, Rep. Donald Payne, D-N.J., asked for clarification about the nature of Antifa, and Wray explained further.

“Antifa is a real thing. It’s not a fiction,” Wray reiterated.” But it is — it’s not an organization or a structure.” He again described it as more of a “movement” but again noted that there have been those who self-identify as being a part of it. 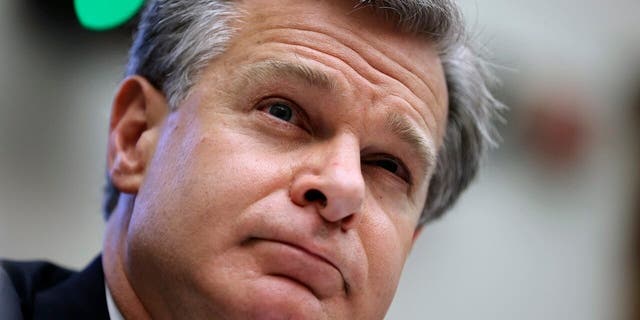 Republicans on the House Judiciary Committee on Tuesday sent a to letter Nadler, the committee’s chair, criticizing him for launching “fruitless partisan investigations” into President Trump while ignoring the threat of Antifa.

The letter called on Nadler to denounce “left-wing violent extremism” and convene a hearing to investigate the unrest engulfing a number of cities across the country.

While Nadler and other Democrats have remained relatively quiet on Antifa, the party’s presidential nominee, Joe Biden, has condemned the movement.

Speaking to a local news station in Pennsylvania last week, Biden said he is against all violence.

“I’ve condemned it across the board,” Biden told Pennsylvania’s WGAL News 8 in an interview Monday, referring to violence during protests.

“Yes, I do, violence no matter who it is,” he replied.