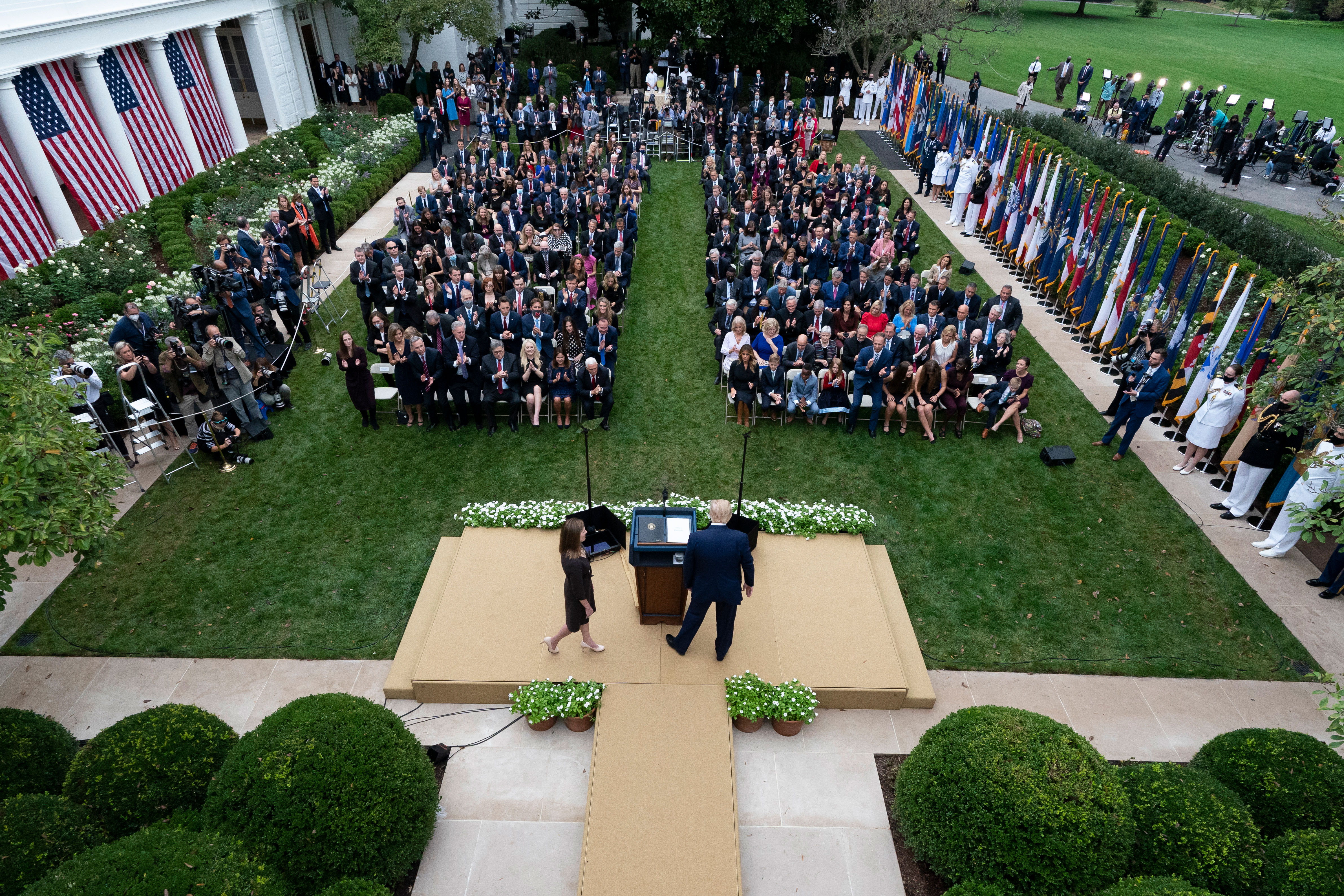 Amy Coney Barrett walks to the microphone in the Rose Garden on September 26, after Trump nominated her for the Supreme Court. Alex Brandon/AP

The White House has declined offers from the US Centers for Disease Control and Prevention to help investigate the outbreak surrounding President Trump’s Covid-19 diagnosis, according to a federal health official.

The offer by the CDC to engage with efforts like contact tracing occurred almost immediately after the President revealed he had contracted the virus. Despite the concerns expressed by those at the CDC, including Director Robert Redfield, officials at the White House turned down the CDC’s offer to help, the official said.

The offer was repeated in a phone call on Monday, according to the source.

Questions over contact tracing: The White House has shown little indication it is conducting a comprehensive effort to properly trace contacts from those exposed at events like the Supreme Court nomination ceremony two weekends ago. Almost no masks were worn at the event, and there was no social distancing both at the outdoor event and at the indoor reception.

Some attendees said they have had no outreach, and others have said even when notified they were not asked the slate of questions typically used to document who else may have been exposed through contact.

“The White House has plans and procedures in place that incorporate current CDC guidelines and best practices for limiting Covid-19 exposure and has established a robust contact tracing program led by the White House Medical Unit with CDC integration,” Deere said in a statement.

A White House official says a CDC epidemiologist has been detailed to the White House since March and is assisting.

Bowser’s spokeswoman Susana Castillo says there have been “multiple attempts” since Friday to contact the White House at both the political and public health levels.

This past weekend, White House press secretary Kayleigh McEnany said the White House would not be providing public information about how many staffers become sick, citing privacy concerns. McEnany herself publicly announced yesterday she was infected. Two of her aides have also tested positive.

When asked for comment, the CDC referred all question to the White House.