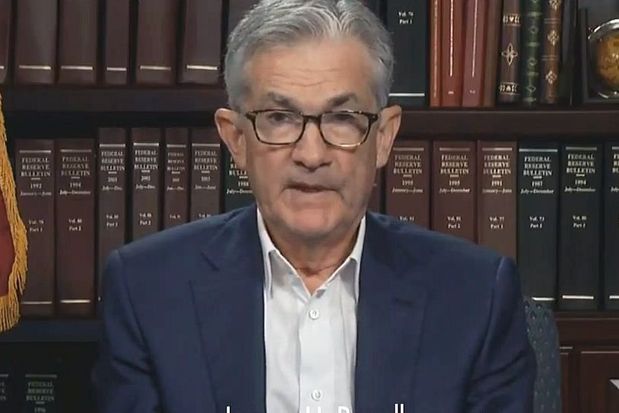 Fed Chairman Jerome Powell said in an interview Friday that the economy would benefit if more people wore masks and practiced social distancing.

In an interview with National Public Radio conducted Friday afternoon, Mr. Powell said he was concerned employment in hardest-hit sectors of the economy—including travel, leisure and hospitality—might not return to a normal level of activity anytime soon due to the coronavirus pandemic.

“We do think it will get harder from here,” said Mr. Powell. Employment in service sectors, especially those that tend to support entry-level and lower-paid workers, “may be some of the harder jobs to find because there are some parts of the economy that will take longer to recover,” he said.

Job gains in August helped push down the unemployment rate to 8.4% from 10.2% in July, the Labor Department report said Friday.

The U.S. economy lost nearly 22 million jobs between February and April, but has recovered around half of those since May. Through August, around 11.5 million fewer people had jobs than in February.

“I think we’re not really going to know the pace … of the recovery with any clarity for a couple more months,” he said, according to a transcript released by NRP.

Mr. Powell said the Fed was committed to providing support for as long as the economy needs it. The Fed cut short-term rates to near zero in March and is buying government securities at a pace of more than $1 trillion per year.

The Fed leader for months has said he expects Congress and the White House will need to spend more money and provide other relief, such as moratoria on rental evictions, to prevent longer-term damage from holding back the economy, particularly because the current shock has hurt the most vulnerable Americans.

“We ought to do everything we can as a country to…look out for them,” he said. While it could have significant economic benefits, “it’s also just the right thing to do,” said Mr. Powell.

Mr. Powell, who has for years warned of the risks of elevated levels of federal borrowing, said now isn’t the time to worry about the public debt. Steps to limit the severity of the current downturn could spur a faster rebound in hiring, spending and federal revenues.

“It’ll cost money now, but it will pay dividends later,” he said. On more fiscal relief, he added, “My guess is that, in time, more will be done. And certainly I think more will be needed.”

Congressional Democrats have been at a stalemate for months with Republicans and the White House over the size of another spending package. Democrats are pushing for significant relief to state and local governments and a package of at least $2.2 trillion, the size of a bipartisan measure approved in March.

Republicans have balked at the size and some of the individual components and have proposed spending of up to $1 trillion in additional relief. Treasury Secretary Steven Mnuchin this week said Republicans could support legislation that cost somewhere around $1.5 trillion.

Mr. Powell declined to say whether stock prices have been pushed too high as interest rates in the U.S. and around the world have reached very low levels. But he cautioned against assuming that low rates were on their own hazardous to financial markets, and he said factors beyond near-term Fed policy decisions, including lower levels of inflation and higher levels of saving, had driven down long-term interest rates globally.

“The connection between low interest rates and financial instability generally is not as tight as many people would think,” he said.

Mr. Powell also extolled the benefits of wearing masks and practicing social distancing to allow a greater range of commercial activities to resume during the pandemic without accelerating the spread of the coronavirus.

“There’s actually enormous economic gains to be had nationwide from people wearing masks and keeping their distance,” he said.

Federal Reserve Chairman Jerome Powell on Thursday announced a major shift in how the central bank sets interest rates. WSJ’s Greg Ip explains the strategy behind the changes and what they mean for consumers. Photo: Erin Scott/Bloomberg

Write to Nick Timiraos at nick.timiraos@wsj.com