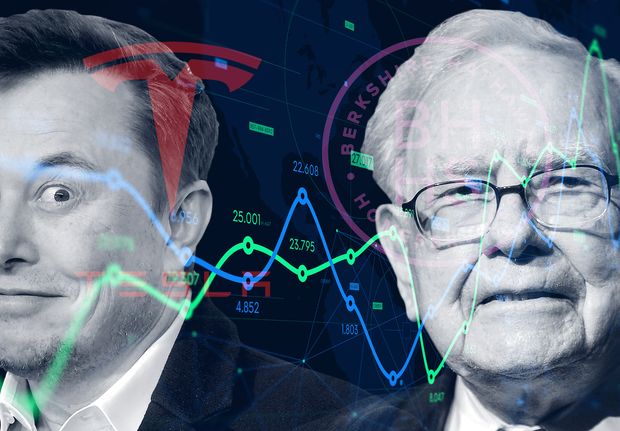 Will Danoff manages $230 billion for Fidelity Investments, with more than half of that in the Contrafund FCNTX, -1.25%, a massive mutual fund that has obliterated the S&P 500 index’s SPX, -1.54% single-digit return this year thanks to a whopping 21% gain.

One big winner his fund doesn’t currently hold, at least among its top names, is Tesla TSLA, -4.14%, and Danoff is still kicking himself for selling too early.

In 2017 and 2018, he unloaded most of the Contrafund’s position in the electric car maker, which, according to Bloomberg News, caused him to miss out on more than $10 billion in gains. Now, he’s conflicted: Buy back in or wait and see if that $412 billion valuation comes down a bit?

“There’s no question [selling Tesla} was a mistake,” he said in a Bloomberg interview posted on Thursday. “Mistakes are part of this business… you have to learn from your mistakes. I should have said do I feel comfortable owning Tesla for the next 10 years… I should not have cut back.”

One top holding he hasn’t cut back on, despite its underperformance in recent years, is Berkshire Hathaway BRK.A, -1.30%, which stands in stark contrast to the rest of his tech-heavy portfolio.

“I like best-of-breed companies. I like founder-led companies. And Warren Buffett is still quite entrepreneurial. He’s not for everyone, but he’s a very rational man and he’s the greatest investor of probably this century, ” Danoff told Bloomberg. “With all my tech holdings, this is a very good counterbalance and some ballast for the big fund.”

Tesla shares were dragged down with the broader market on Thursday, shedding almost 5% while the Dow Jones Industrial Average DJIA , S&P and Nasdaq Composite COMP were lower, as well. Berkshire Hathaway was down almost 1%, at last check.