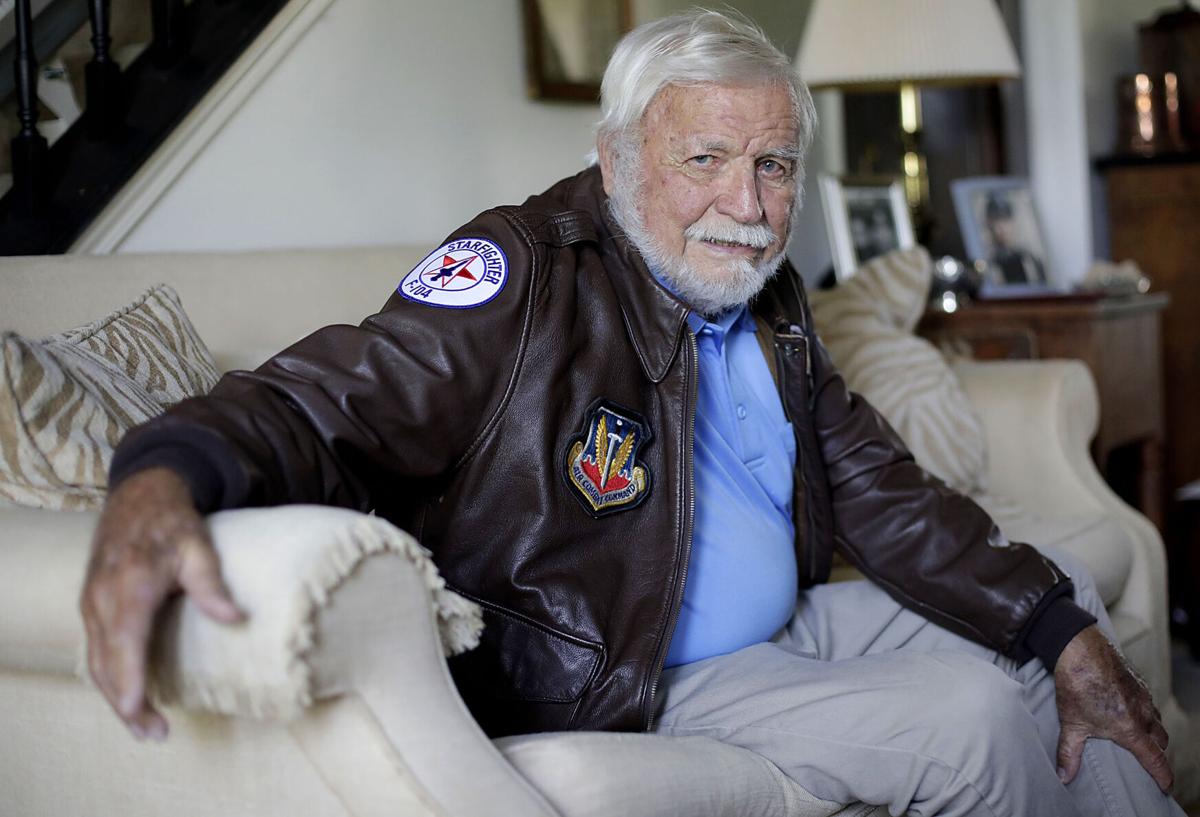 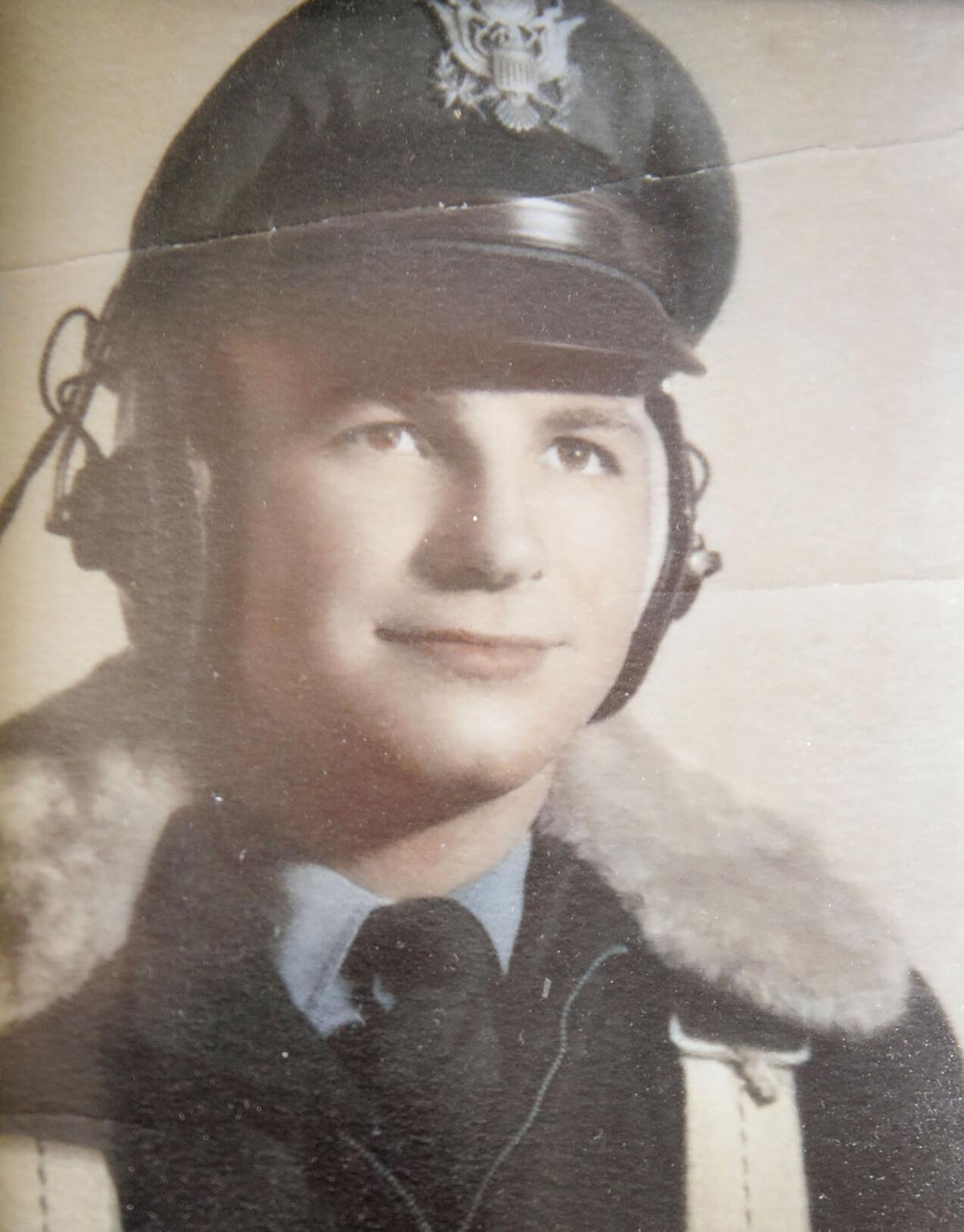 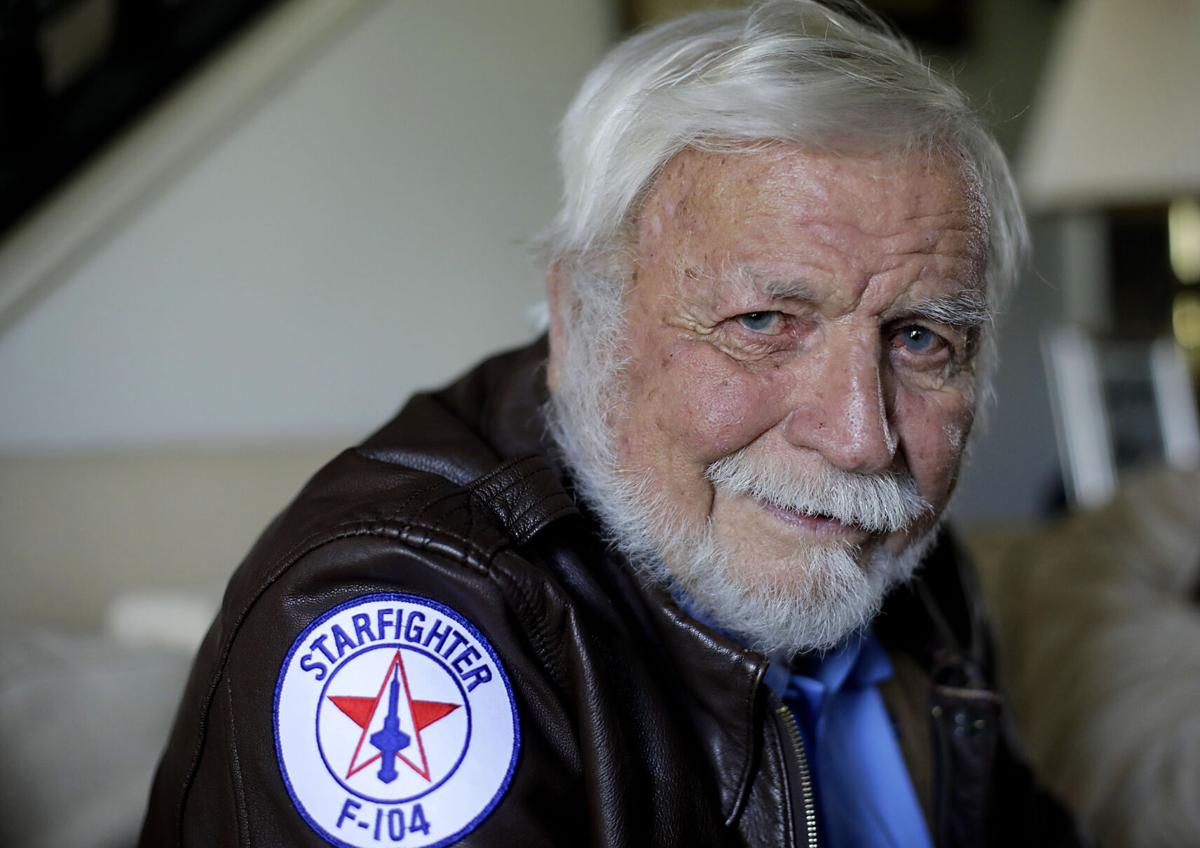 Retired Air Force Col. Floyd M. Totten was recently honored by the FAA for his career as a pilot.

OWASSO — For Bud Totten and his beloved F-104 Starfighter, there was only one proper way to say goodbye:

Achieving Mach 2 together one more time.

“The day before retirement, I had a test flight. I knew it was my last chance to do it,” he said.

“And I’ve always been attracted by speed,” he added, chuckling.

After reaching Mach 2 during the outing — that’s twice the speed of sound, or more than 1,500 miles an hour — Totten’s emotions caught up with him.

“When I landed, as I took my mask loose, I actually cried,” he said. “Because I knew that was the last time. No more speed, no more heights.”

After 28 years in the Air Force and service in two wars, Totten, by then a colonel, was calling it a career.

But he would continue to fly as a civilian.

In fact, the 89-year-old pilot, who lives next to Owasso’s Gundy’s Airport, was still doing so until a health decline a few months ago.

In recognition of Totten’s lifetime devoted to flying, the Federal Aviation Administration recently presented him with a special honor: the Wright Brother’s Master Pilot Award.

Essentially a lifetime achievement award for aviators, it recognizes pilots who have exhibited professionalism, skill and aviation expertise for at least 50 years.

For Totten, flying for almost 70 years, it’s just the latest in a career filled with honors and distinctions.

Since his debut as a Korean War fighter pilot in 1951, he’s received two Distinguished Flying Crosses, a Silver Star and other commendations, and has flown more than 100 types of aircraft, 50 of them military.

Looking back, he said, two of those aircraft were his favorites by far:

The latter, both fast and maneuverable, provided some of his most rewarding experiences.

But whatever the aircraft, Totten stayed cool in the cockpit.

“I was never really afraid as a pilot. I figured whatever happened I could handle it.”

Among the many such efforts from his time in Vietnam, two have stuck with him — one that was successful and one that was not.

The former, during which he found a downed pilot and directed the rescue team to the site, earned him a Silver Star.

The latter still gnaws at him to this day.

The downed pilot’s name in that one was Lance Sijan. But Totten wouldn’t know that until many years later, when he ran across a book about Sijan’s heroic story.

It was impossible to pinpoint his exact location and the team was under frequent ground fire.

Totten’s plane somehow came through unscathed, but his companions, including two helicopters, were hit hard.

“One guy made it back home and crashed on the runway. Another bailed out of his plane and had to be picked up. It was a terrible day,” he said.

Sijan, despite terrible injuries, evaded capture for weeks. But ultimately he was taken prisoner. He died in captivity.

Posthumously awarded the Medal of Honor, Sijan’s story would go on to make him one of the most celebrated pilots of the war.

“But I didn’t know any of that until 15 years later,” Totten said.

Thankfully, Totten’s one experience as a downed pilot occurred after the war.

It happened during a gunnery exercise over the Arizona desert.

On his way down by parachute, Totten had a good view of the plane.

Totten hit the ground hard, too. He broke two vertebrae in his back.

But the pain didn’t sideline him. He got right back to flying, he said.

Over his three decades with the Air Force, flying was always Totten’s priority.

“I turned down a lot of jobs and opportunities for advancement just to stay in the cockpit,” he said.

He served as a flight instructor and test pilot, too — anything to stay close to the planes.

It was as a test pilot, Totten said, that he achieved his highest altitude — 102,000 feet.

At that awe-inspiring height, “you could see the stars in broad daylight and the corona around the Earth.”

When Totten looks back over his 70 years as a pilot, “it’s unreal,” he said, how quickly it passed.

It’s made him realize that “it don’t take long to live a lifetime.”

These days, life for him still includes the company of pilots, which he’s always enjoyed. He’s an active member of the Quiet Birdmen and the Experimental Aircraft Association.

And though he’s not flying at present, he still keeps regular company with airplanes. He owns three, one of which he is restoring.

As fast as time has flown for Totten, he can’t help feeling fortunate.

There’s no feeling like “not being earthbound,” he added.

“You could take the best ride at a carnival and it doesn’t hold a candle to flying.”