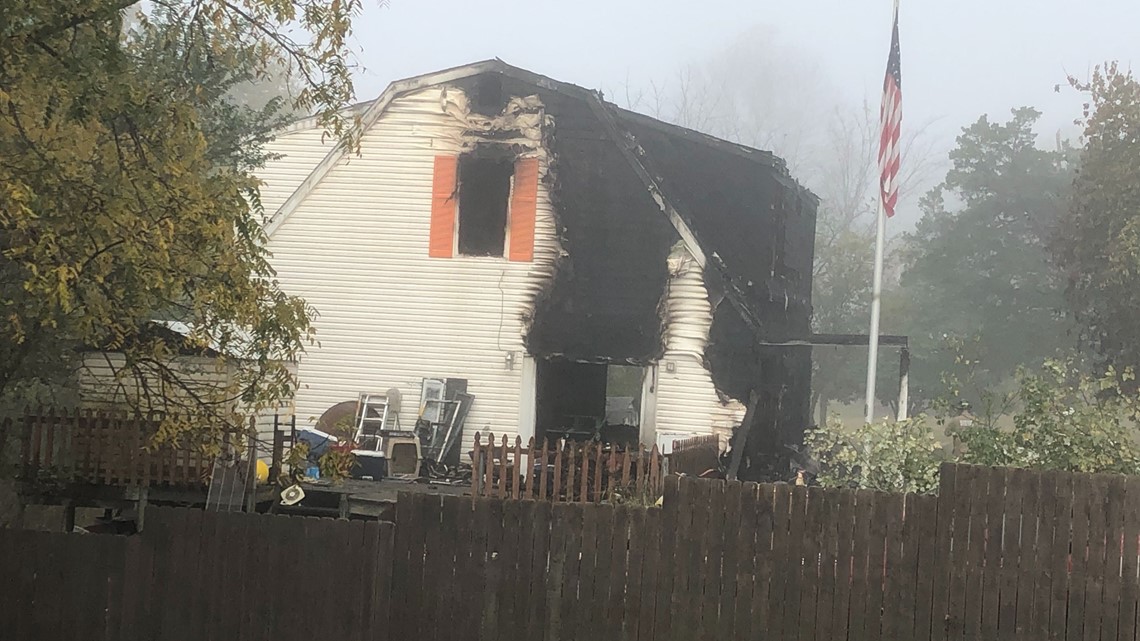 DESOTO, Mo. — Four people are dead, including a Hillsboro city employee after a 4-alarm fire broke out in a home overnight Sunday in De Soto.

According to the De Soto Fire Department, firefighters from 15 Jefferson and Washington County fire departments responded to a call at 547 Vineland School Road at 2:08 A.M. Sunday morning.

The first crews that arrived on scene were met with heavy fire, and additional crews were immediately called, a release said.

The DeSoto Fire Department said that the stairs to the second floor had burned through. As a result, two of the victims were forced to jump from the second-story window of the house.

Crews searched the interior of the home and found four deceased occupants, the release said.

According to the Hillsboro Chamber of Commerce, City of Hillsboro building inspector Joe Detter was killed in the fire. Detter’s wife, daughter, and granddaughter were also killed.

Officials also said that the family’s dog was killed in the fire.

Two of the surviving residents of the home were transported to a local hospital with extensive burns.

Crews were able to get the fire under control at 5 a.m.