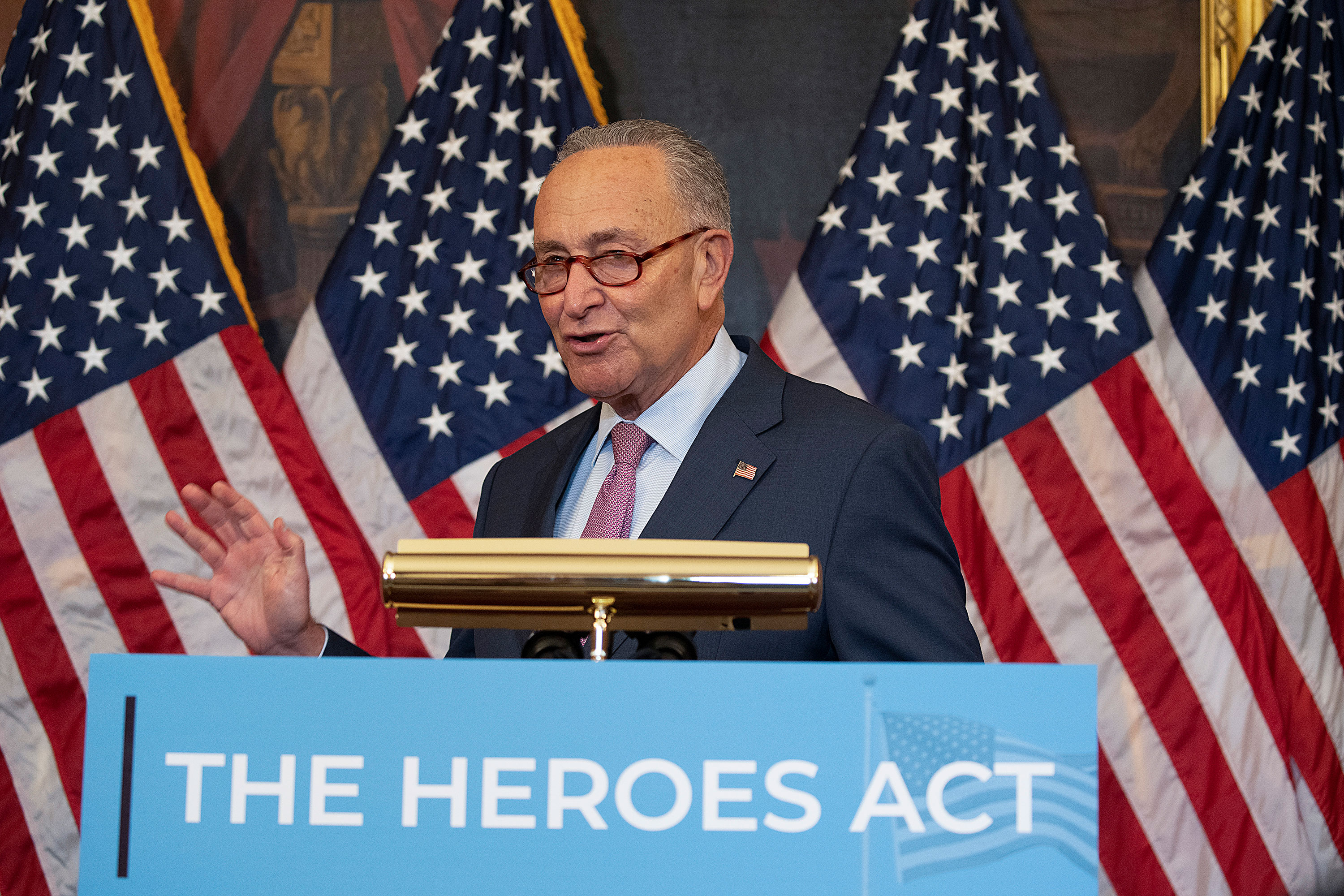 Senate Democrats, lacking votes to stop President Donald Trump’s pick to fill the late Supreme Court Justice Ruth Bader Ginsburg’s seat, are weighing an array of tactics to battle back — ranging from bringing the chamber to a screeching halt this year to pushing legislation to expand the court if they win the majority in the fall.

Democrats began discussing their options on Saturday, with senators all vowing a furious fight to keep the seat vacant until next year when a new Senate convenes and when Joe Biden may occupy the White House.

And while no specific course of action was detailed, Democrats said they were united on this: They planned to engage in an all-out battle to stop the nomination in its tracks by pressuring four Republicans to break ranks.

“Mitch McConnell believes that this fight is over. What Mitch McConnell does not understand is this fight has just begun,” said Sen. Elizabeth Warren, a Massachusetts Democrat, speaking at a Ginsburg vigil on Saturday.

First, Democrats want to stop the nomination, and they are considering taking unusual steps to bottle up all business in the Senate to drag out the proceedings as long as possible, senators said. Under the rules, which require the chamber to operate by unanimous consent, Democrats can object to routine business of the day and essentially ground the chamber to a halt.

McConnell could eventually get around such stall tactics if he has the support of 51 senators, but they could drag out the proceedings.

And if the Democrats ultimately fail to stop the nominee, they are indicating that they may push legislation to expand the Supreme Court by adding additional seats to retaliate against what they view as Republicans’ heavy-handed tactics.

It’s an option that has picked up increased interest in the wake of Ginsburg’s death — and one that Democratic leaders are not ruling out.