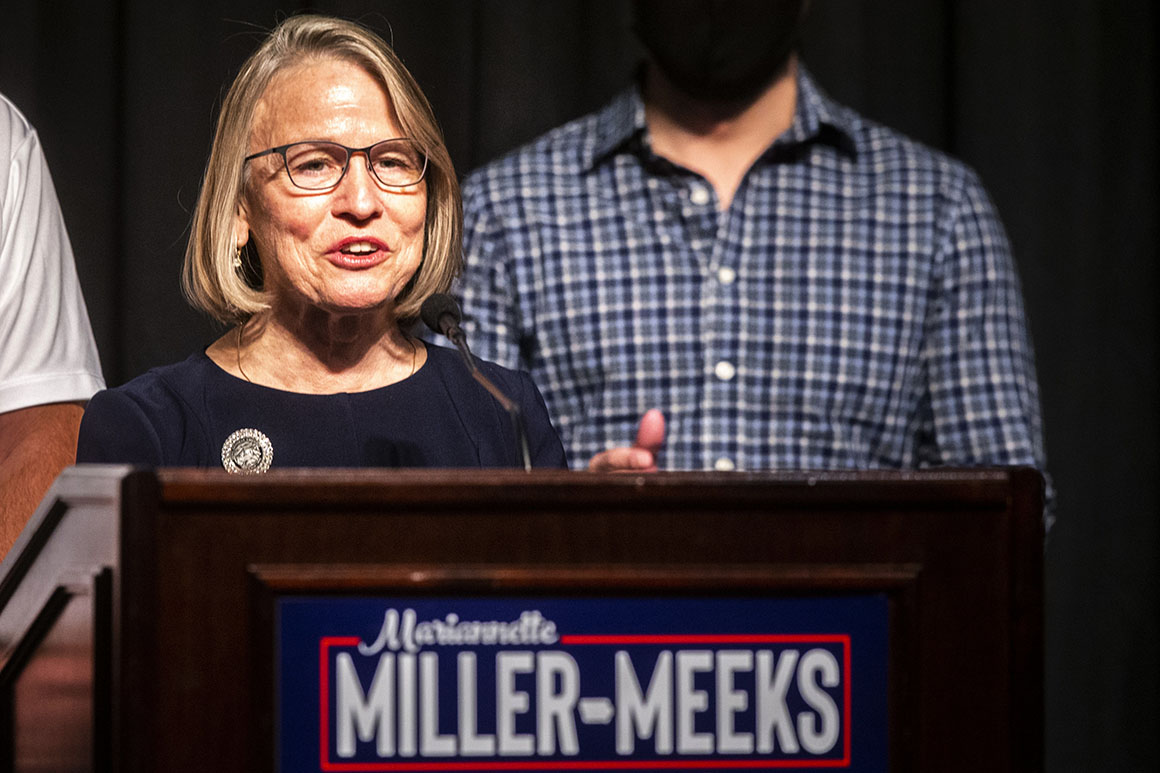 The Iowa City Press-Citizen reported Wednesday that Miller-Meeks declined to say whether she believes Joe Biden is president-elect, and neither she nor a campaign spokesperson would explain the difference between her claimed victory and the presidential race that Trump insists is not over.

Miller-Meeks is not the only Republican who has attempted to square that particular circle. Lauren Boebert, who is the projected winner of a House seat in Colorado, drew heat for tweeting Wednesday that “there is currently no ‘President-Elect” while her profile was recently updated to reflect her status as “Congresswoman-Elect.”

Boebert followed up to say that the difference was that her opponent conceded and added that the “media does not call elections.” Neither candidate concessions, nor projections from news organizations carry official weight, and state officials across the country are still in the process of certifying election results.

Fearful of incurring Trump’s wrath, many Republicans have indulged the president as he refuses to concede to Biden and as the president’s campaign mounts a series of long-shot legal challenges seeking to invalidate unfavorable results in several battleground states. Senate Majority Leader Mitch McConnell and other top Republicans have defended Trump’s right to do so, though they have been more circumspect about embracing his claims of widespread voter fraud and other malfeasance.

Some other Republicans who lost their races have also latched on Trump’s accusations of irregularities to explain their own defeats, many of which were in districts that overwhelmingly favor Democrats and are exceedingly unlikely to be overturned.

The president’s allegations have created a split-screen dynamic where Republicans are crowing about a better-than-expected showing — picking off seats in the House, winning nearly all contested Senate races and keeping control of various state legislative chambers — while also backing up Trump’s complaints about the election. And it’s made the decision about whether to acknowledge Biden as president-elect — an informal title — yet another loyalty test for Republicans in the Trump era.

Trump administration officials, namely General Services Administration Administrator Emily Murphy, have thus far refused to deliver an official sign-off that would allow the Biden transition team to coordinate with the federal government to plan the transfer of power in January and access millions in taxpayer money set aside for the effort. Without that say-so, there is a firewall between the government and Biden’s camp, keeping the president-elect’s team from accessing certain sensitive information.

A protracted delay would shrink the amount of time that the incoming Biden administration would have to ready itself to take power, which some observers worry could put the U.S. at a disadvantage in fending off national security threats.

Biden on Tuesday minimized the impediment that a belated “ascertainment” of a victor by the GSA poses to the transition, but said Trump is sullying his image by dragging things out.

“I just think it’s an embarrassment, quite frankly,” he said.