‘He treated the Bible with callousness’: Billy Graham’s granddaughter attacks Trump for church photo in remarkable break from family – The Independent 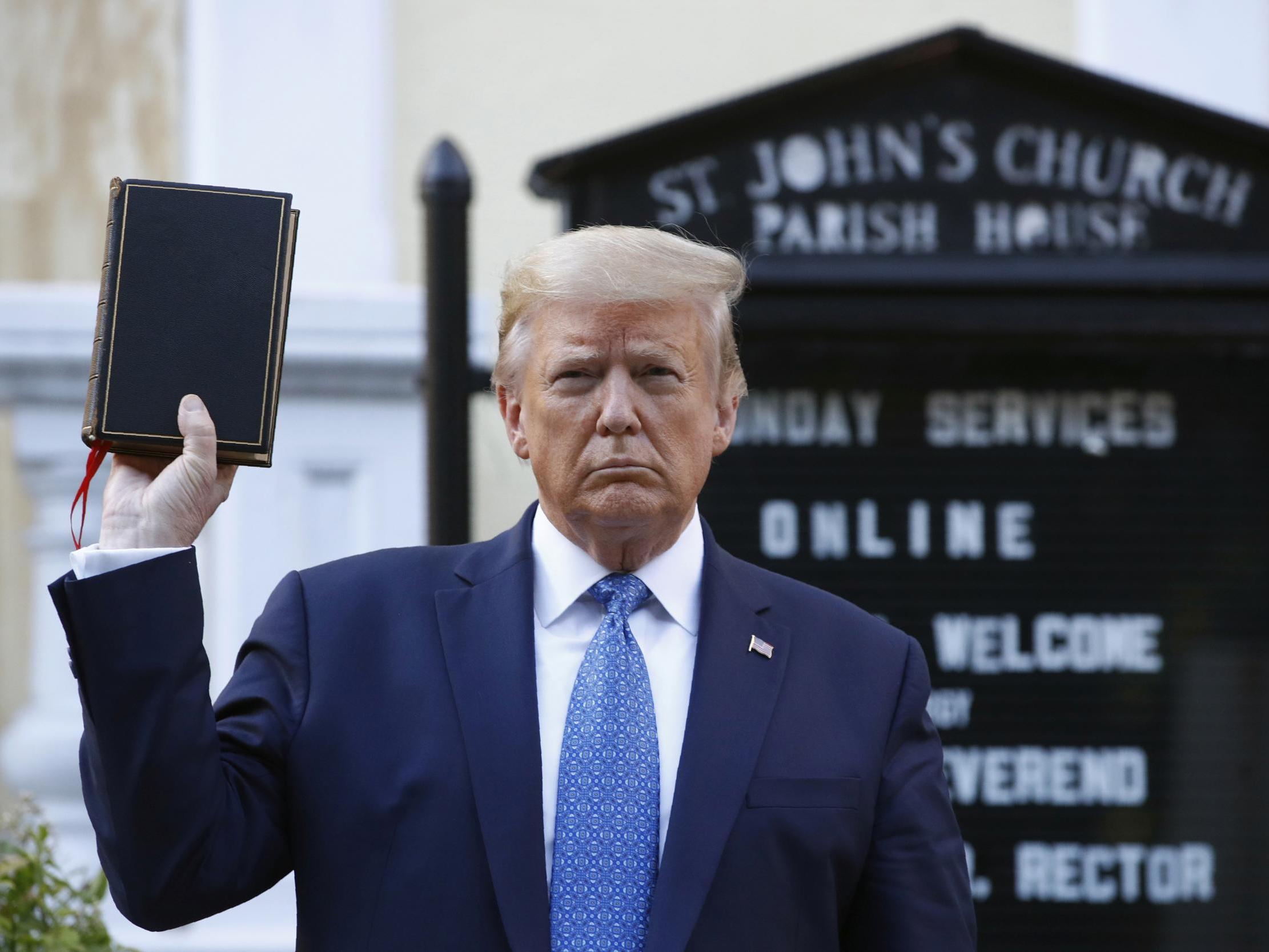 In a break from her family’s support of Donald Trump, the granddaughter of evangelical leader Billy Graham has penned an emphatic rebuke of the president and the church that supports him.

Writing in USA Today Jerushah Duford called on evangelical Christian women to step up where church leaders would not as her uncle Franklin Graham continues to support Mr Trump.

“Jesus said repeatedly to defend the poor and show kindness and compassion to those in need. Our president continues to perpetuate an us-versus-them narrative, yet almost all of our church leaders say nothing,” Ms Duford wrote.

Mr Trump had turned her faith into a “laughing stock”, she said, with the church sounding hollow and insincere in its attempts to defend the president’s actions.

Ms Duford said she was inspired to speak out after she watched the tear-gassing of protesters in Washington DC’s Lafayette Square ahead of a photo op in front of St John’s Church.

“He held a Bible, something so sacred to all of us, yet he treated that Bible with a callousness that would offend anyone intimately familiar with the words inside it. He believed that action would honour him and only him. However, the church, designed to honour God, said nothing,” she wrote.

“It seems that the only evangelical leaders to speak up praised the president, with no mention of his behaviour that is antithetical to the Jesus we serve.”

Ms Duford is a member of Lincoln Women, the female coalition of the Lincoln Project founded by a group of “Never Trump” Republicans.

Ms Duford said the continued support of Mr Trump had made the word “evangelical” synonymous with hypocrisy and disingenuousness.

“At a recent large family event, I was pulled aside by many female family members thanking me for speaking out against an administration that they, too, had been uncomfortable with. With tears in their eyes, they used a hushed tone, out of fear that they were alone or at risk of undeserved retribution,” she said.

“Now I am asking all of you that feel as I do, to embrace your inner tug, and allow it to lead you to use the power of your God-given voice and not allow Trump to lead this country for another four years.”