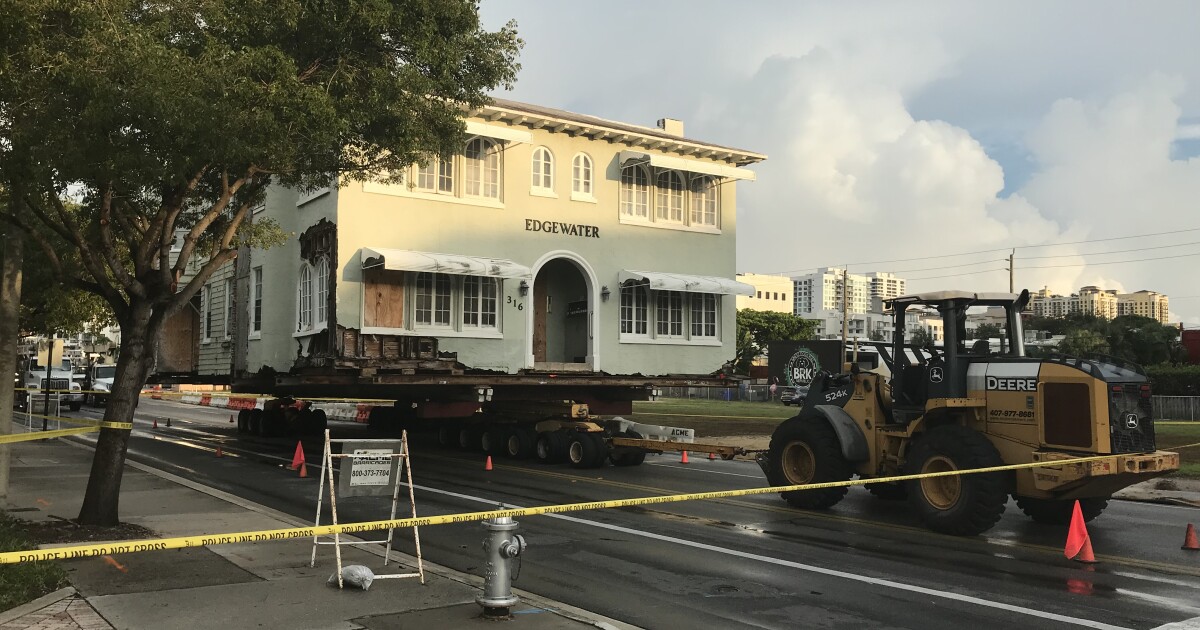 The building was located at 316 Gardenia Street since the 1920’s.

Crews worked throughout Sunday to relocate the structure about a mile away.

To do so, crews needed to temporarily remove traffic signals and street signs and cut down trees to accommodate the approximately 40-foot wide rolling building.

FPL workers were on the scene to move power lines out of the way and some cars had to be towed to clear the path.

West Palm Beach police said Sunday evening that there were several delays in the movement of the house and it did not reach its final destination on Sunday.

The building will be temporarily left on Banyan Boulevard between Quadrille and Rosemary overnight until workers can resume moving it again at 6:30 Monday morning.

Several officers will remain with the house overnight and alert motorists to the shutdown of Banyan Boulevard in that area.