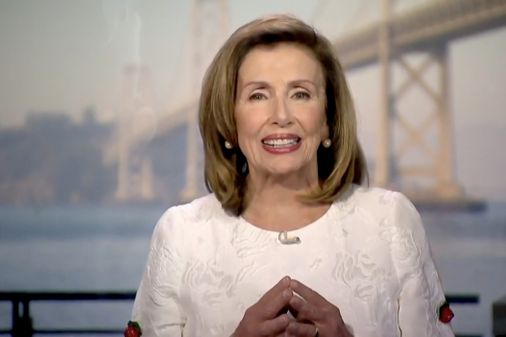 House Speaker Nancy Pelosi is endorsing Representative Joseph P. Kennedy III in his primary challenge to incumbent Senator Edward J. Markey, a boost for the challenger in what polls suggest is a neck-and-neck race.

“Never before have the times demanded we elect courageous leaders as today, and that is why I am proud to endorse Joe Kennedy for Senate,” Pelosi, who served more than a quarter century with Markey in the House, said in a video announcing her support for the 39-year-old challenger.

Pelosi credited Kennedy with helping flip the House to Democrats in the 2018 midterm elections by campaigning “across America,” and said that Kennedy “knows that to achieve progressive change, you must be on the front lines, leading movements of people.”

In a news release from the Kennedy campaign, Pelosi said, “Joe Kennedy represents this Party’s future. He will help lead Democrats forward on the defining battles of our time.”

Pelosi’s endorsement is both a boon to Kennedy and a snub of Markey, who was an ally of the California Democrat during his long tenure in the House. In 2007, during her first turn as Speaker, Pelosi chose Markey over several other prominent lawmakers to head a select committee dedicated to energy and global warming issues, and then supported the 2009 climate legislation he co-wrote, bringing it to a vote on the House floor.

The bill passed the House, but was a tough vote for many of the more centrist members in Pelosi’s caucus. It died in the Senate.

Pelosi’s decision to wade into a contested Senate Democratic primary, especially on the side of the challenger, is unusual.

Pelosi is typically a fierce defender of House Democratic incumbents, regardless of where they fall on the political spectrum. This year, for instance, she campaigned for Representative Henry Cuellar of Texas, who opposes abortion, helping him narrowly best a serious challenger from the left backed by the likes of Senator Elizabeth Warren. Pelosi also endorsed two progressive members of the so-called Squad, Rashida Tlaib of Michigan and Ilhan Omar of Minnesota, over primary challengers.

Though she sounded cool to Kennedy’s decision to challenge Markey when he first jumped in the race last year, Pelosi has clearly seen Kennedy as a rising star in the Democratic Party for some time.

In 2018, she tapped him to deliver the Democratic response to President Trump’s first State of the Union address.