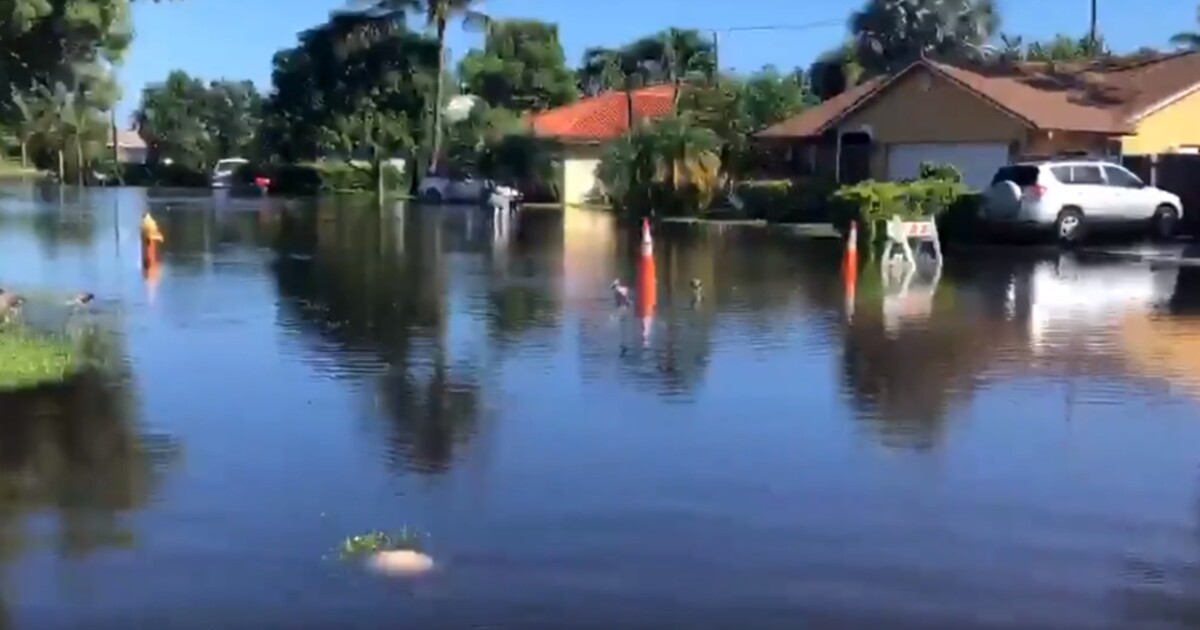 LANTANA, Fla. — More than 300 homes in Lantana have been impacted by severe flooding after more than 15 inches of rain has fallen in the last week.

Frustrations boiled over and there were some heated exchanges about the ongoing flooding.

“Just please answer my question…the answer is nothing…there’s been no pumping since last night,” said Scott Harris, who added he had to wade through two feet of water to get to his car.

“There are rats now everywhere, we had a huge rat in our front yard,” DeFrancisco said.

Parts of the Sea Pines neighborhood remain submerged and the water is nearly knee-deep.

Palm Beach County is assisting the town and pumped out more than two million gallons of water over the past two days. Two months’ worth of rain has fallen in a week causing streets to flood, and some people have been unable to leave their homes because the water is still so high.

Neighbors demanded answers from the mayor, town manager, and council Monday night, and some homeowners said nothing has been done.

Deborah Manzo, the town manager, told the crowd they’ve been monitoring the situation and crews have been working non-stop the past few days.

“When they took I-95 and went three lanes in each direction to five lanes in that area, it basically ruined the amount of water that can go to Lake Osborne,” said Mayor David Stewart.

“It is being held back it can’t get over the 14-foot wall that is now created on the west side of I-95,” Manzo said.

The town assured everyone the system has been evaluated and is functioning properly, but DeFrancisco asked repeatedly for a long-term fix.

“Until you are there and living this nightmare you don’t know, you don’t understand,” DeFrancisco said.

Manzo says she has a meeting Thursday with FDOT and promises to provide an update.

Palm Beach County is now requesting a pre-disaster declaration. If your home was damaged by the flooding, you could be eligible for disaster money and are urged them to call the Town of Lantana.