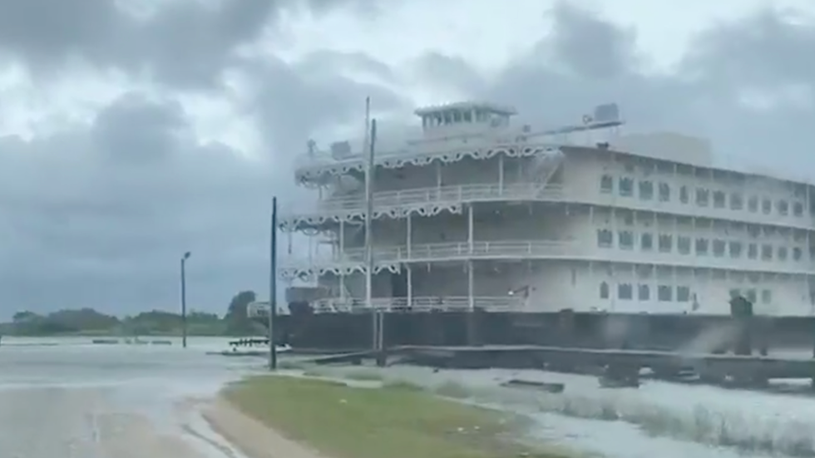 Hurricane Sally is moving slowly toward the northern Gulf Coast, where it will bring a dangerous storm surge, potentially historic flooding rainfall and damaging winds through Wednesday. Sally will also pose a threat of flooding rainfall farther inland across parts of the Southeast.

Follow the advice of local officials if you are ordered to evacuate an area prone to flooding from storm surge.

A hurricane warning has been issued from east of Bay St. Louis, Mississippi, to Navarre, Florida, including Biloxi, Mobile and Pensacola. Hurricane conditions (winds 74 mph or greater) are expected in some parts of this area late Tuesday into Wednesday.

Tropical storm warnings are in effect to west and east of this hurricane warning, including portions of southeast Louisiana and the Florida Panhandle.

A storm surge warning is also in effect from the mouth of the Mississippi River in Louisiana to the Okaloosa/Walton County Line in Florida, including Mobile Bay. This means there will be a danger of life-threatening inundation from storm surge within the warning area in the next 36 hours.

Bands of heavy rain and tropical-storm-force winds are affecting the northern Gulf Coast right now, particularly in parts of the Florida Panhandle, southern Alabama and southeast Mississippi. A wind gust to 59 mph was recently clocked on Dauphin Island, Alabama.

The coastal flooding has inundated some low-lying areas near the coast.

A tornado watch is in effect for coastal Alabama and the western and central Florida Panhandle until 6 p.m. CDT.

Sally is expected to turn more northward later Tuesday into Wednesday. The track of Sally has also shifted more eastward and landfall is now most likely to occur sometime on Wednesday morning from southeast Mississippi to Alabama and the western Florida Panhandle.

No significant additional strengthening is forecast because of multiple factors, including increasingly unfavorable upper-level winds.

However, the lack of additional strengthening does not reduce the serious danger Sally poses to the northern Gulf coast. Its slow forward speed will result in prolonged impacts from flooding rainfall, storm surge and strong winds.

(The red-shaded area denotes the potential path of the center of the tropical cyclone. It’s important to note that impacts (particularly heavy rain, high surf, coastal flooding, winds) with any tropical cyclone usually spread beyond its forecast path.)

Here’s a look at what to expect.

A potentially life-threatening storm surge is expected along the northern Gulf Coast through Wednesday. This could be exacerbated by heavy rainfall occurring in areas experiencing storm surge.

Below is a look at the locations with the highest storm surge forecast for the Gulf Coast if peak surge occurs at the time of high tide, according to the National Hurricane Center. The next high tide in most of the area below is late Wednesday morning or early Wednesday afternoon.

-4 to 7 feet from the Mississippi/Alabama border to the Alabama/Florida border, including Mobile Bay.

-3 to 5 feet from the mouth of the Pearl River in Mississippi to the Mississippi/Alabama border, and from the Alabama/Florida border to the Okaloosa/Walton County line in Florida, including Pensacola Bay and Choctawhatchee Bay

The peak storm surge will be near and to the right of where the center of Sally makes landfall on Wednesday. Large waves could worsen the storm surge impacts in some areas and cause significant beach erosion on much of the northern Gulf Coast.

(These numbers represent how high water levels may climb near the coastline if the peak storm surge occurs at high tide. )

Sally is expected to move slowly as it approaches the Gulf Coast, which means there is a serious threat of life-threatening flooding rainfall.

The National Hurricane Center (NHC) says historic flooding is possible from Sally near and just inland from the northern Gulf Coast.

Sally’s highest rainfall totals, locally up to 30 inches, are expected from southeast Mississippi to coastal Alabama and the western Florida Panhandle. NOAA’s Weather Prediction Center has issued a rare high risk of excessive rainfall for this area into Wednesday.

Here is the latest rainfall forecast from the NHC.

-10 to 20 inches with locally up to 30 inches on the Gulf Coast from the western Florida Panhandle to southern Alabama and far southeastern Mississippi through Wednesday. Serious flash flooding and moderate to major river flooding could occur in these areas. Nearly a dozen river gauges in this region are forecast to reach major flood stage, according to NOAA.

-4 to 8 inches, with locally up to 12 inches, is possible farther inland across southeastern Mississippi, southern and central Alabama, northern Georgia and the western Carolinas. Significant flash and urban flooding is likely, as well as widespread minor to moderate flooding on some rivers in these areas.

Flood watches have been issued by the National Weather Service in portions of the Florida Panhandle, southern and central Alabama and southern Mississippi.

(Flood watches mean flooding could occur in that area over the next few days, while flood warnings mean that flooding is expected or ongoing. )

Strong, damaging winds will impact the Gulf Coast near where Sally moves inland, particularly in the hurricane warning area from coastal Mississippi to coastal Alabama and the western Florida Panhandle.

The winds could contribute to some structural damage, downed trees and power outages.

(The contours above show the chance of tropical-storm-force winds (at least 39 mph), according to the latest forecast by the National Hurricane Center. )

Here is the latest wind gust forecast. Changes to this forecast are likely depending on the exact future track and intensity of Sally.

There will be an increasing chance of isolated tornadoes from Sally on Tuesday, from southeast Mississippi to southern Alabama and portions of the Florida Panhandle.

The isolated tornado threat might continue on Wednesday in parts of southern Alabama, the Florida Panhandle and southwest Georgia

(Shaded on the map above is the likelihood of severe thunderstorms, according to NOAA’s Storm Prediction Center. Note that not all categories apply for the severe weather risk on a particular day.)

The tropical depression strengthened into Tropical Storm Sally once it moved over the southeast Gulf of Mexico on Saturday afternoon.

Flooding rainfall soaked parts of the Florida Keys on Saturday. Some areas in the Keys picked up nearly a foot of rainfall.

The Weather Company’s primary journalistic mission is to report on breaking weather news, the environment and the importance of science to our lives. This story does not necessarily represent the position of our parent company, IBM.