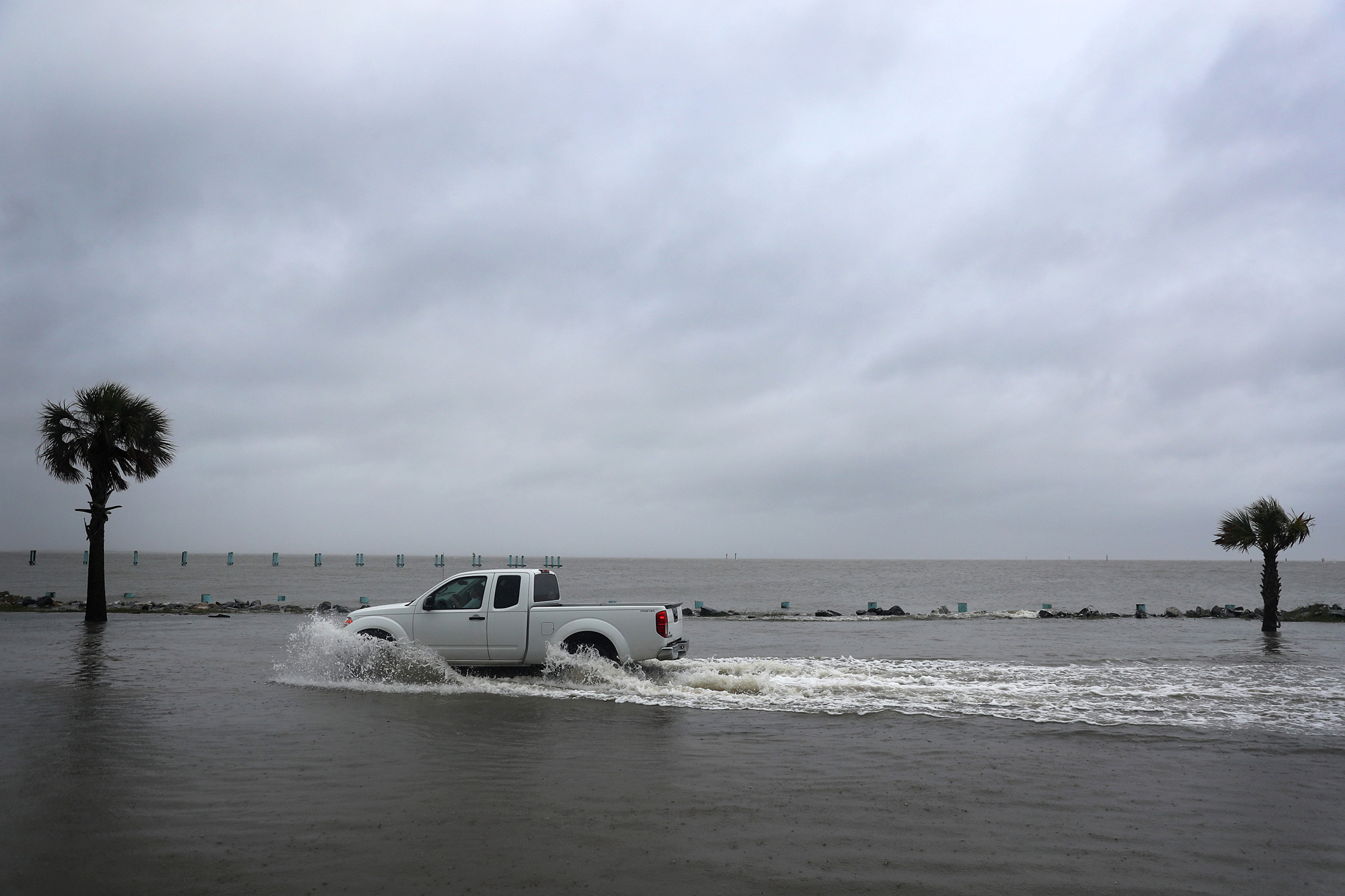 A driver navigates along a flooded road as the outer bands of Hurricane Sally come ashore on September 15 in Bayou La Batre, Alabama. Joe Raedle/Getty Images

Hurricanes are commonly thought of as strong, powerful winds. But it’s actually the water that causes most of the destruction, accounting for nearly 90% of fatalities.

About half of those are due to storm surge: Storm surge is the rise in sea level during a big storm. It is measured as the height of the water above what the normal predicted astronomical tide height would be.

Since New Orleans and Lake Pontchartrain are currently west of Sally’s estimated landfall, storm surge here will be lower than other areas east such as, Dauphin Island and Gulf Shores, Alabama, which can expect a 4 to 7 feet surge, or Pensacola and Destin, Florida, which could see a 3 to 5 feet surge.

The remainder are mostly due to fresh water flooding: Rain causes about 27% of deaths associated with tropical cyclones, says NOAA

Inland flooding is a danger that can occur far from where the eye of the hurricane and heavy winds make landfall.

“An average September sees around 4-5 inches of rainfall along the Gulf Coast in MS/AL/Florida panhandle — Sally will drop this amount in a couple of hours and likely produce several months’ worth across some areas before the storm leaves the region,” explains CNN meteorologist Brandon Miller.

Models have shifted to the east in the past 24 hours, and that means the heaviest rain has also shifted farther east, putting a place like Dauphin Island, Alabama, with a forecast of up to 20 inches of rain (isolated amounts up to 2 feet).