A Twitter user, Ummie has given her reason why she refused to collect the sum of 5 million naira which a good Samaritan offered her. 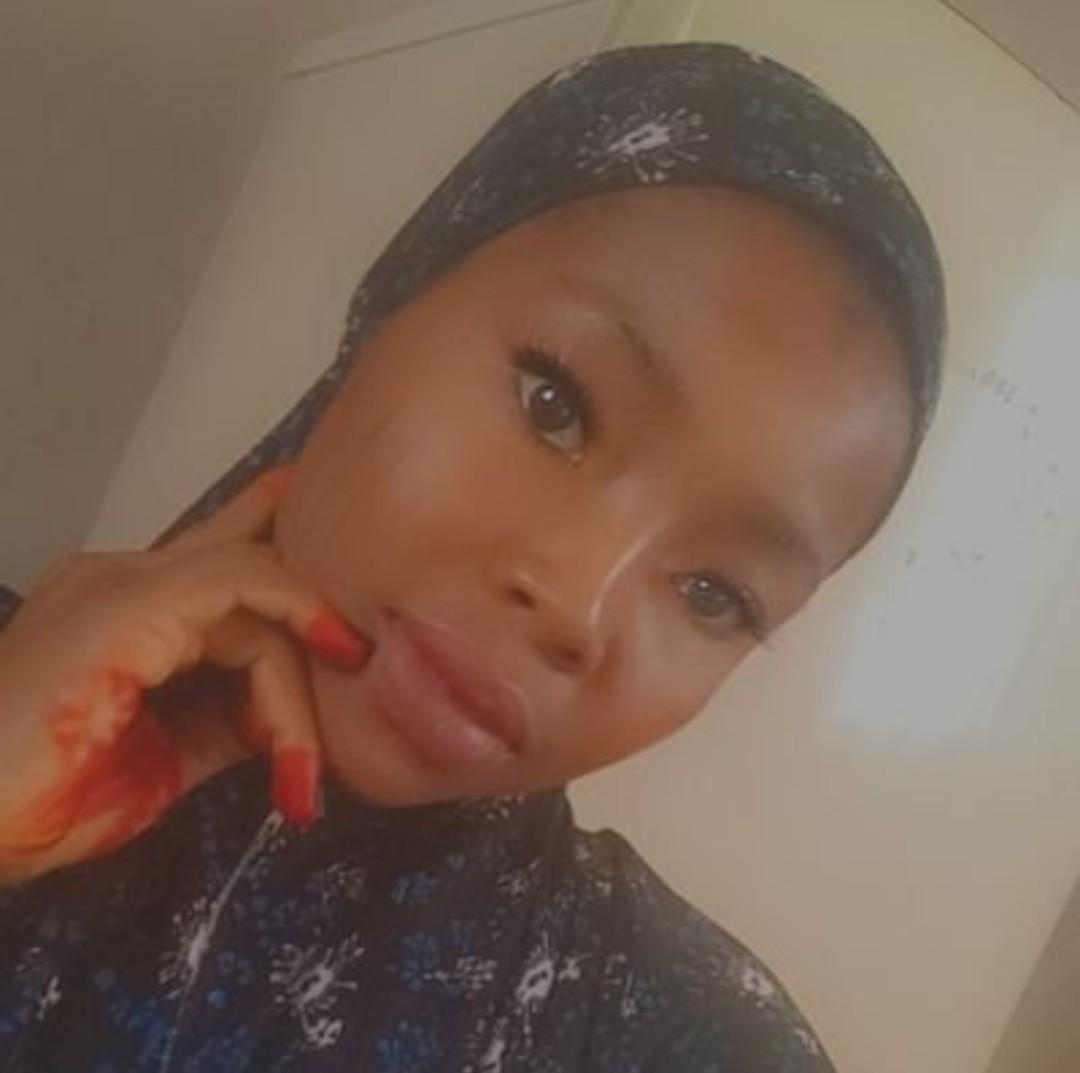 According to Ummie, in a tweet on the micro-blogging platform, the person who offered her the money didn’t smile while presenting the money to her and so, she couldn’t accept it.

Speaking further, she stated that her rejection of the money will serve as a lesson to her giver.

I rejected 5 million yesterday because the person given me the money didn’t smile.

This will serve as a lesson to him 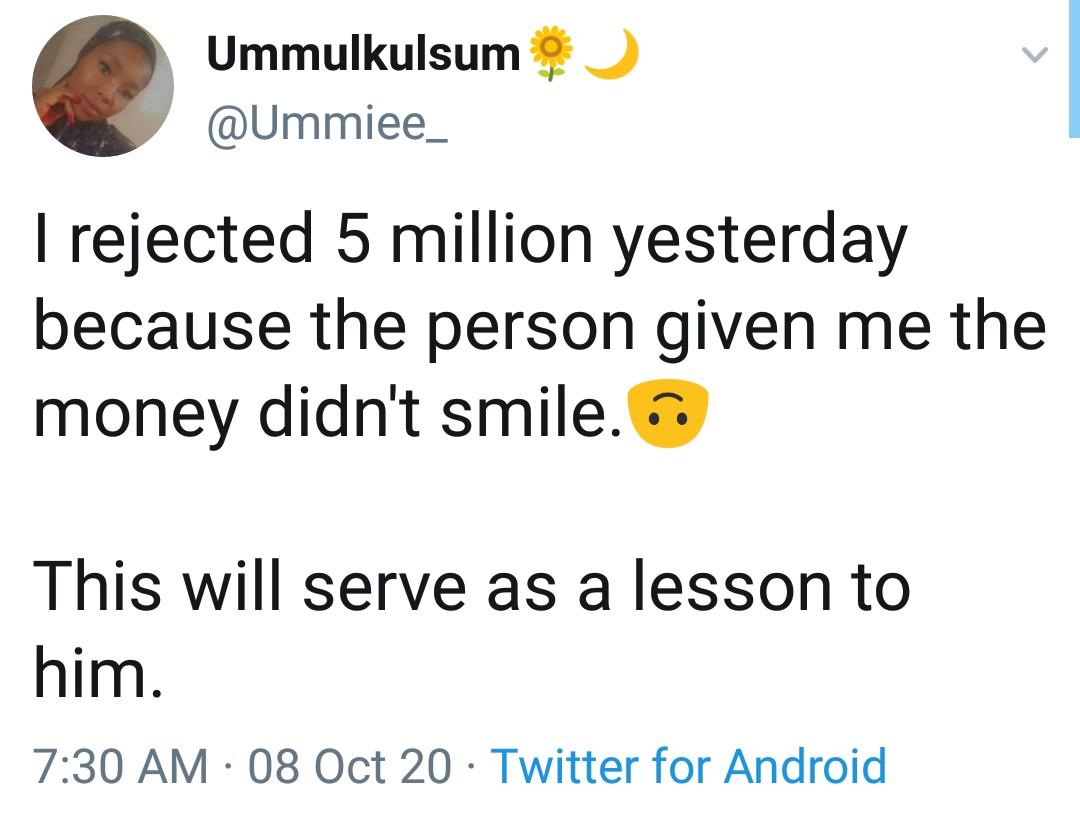 However, quite a handful of Twitter users descended on her after she shared her tweet, with most of them dubbing her a ‘liar’ and a ‘foolish’ person.