Ignore GDP. Here’s What Investors Should Watch for Economic Insights During the Pandemic. – Barron’s 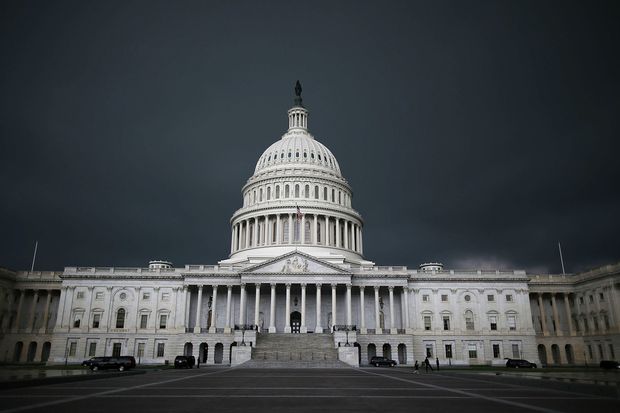 Everyone knew it was coming, but the anticipation made it no less ugly: The U.S. economy shrank an annualized 32.9% in the second quarter from the first. Investors should dismiss the historic number—but not just because the worst of the pandemic’s toll is over.

First, the annualized figures that economists like to use are pointless at a time like this. The headline number effectively represents how much gross domestic product would decline if the lockdowns meant to contain Covid-19 continued across four quarters. They didn’t and won’t, so the real decline in output was more like 9%. Still terrible, but not exactly a third of the economy.

More importantly, though, the speed and magnitude of the pandemic’s impact has rendered old news like quarterly GDP especially dated, as renewed surges in infections prompt states and businesses to roll back reopenings.

Every weekday evening we highlight the consequential market news of the day and explain what’s likely to matter tomorrow.

The second-quarter GDP report is important and meaningless at the same time, says Gregory Daco, chief U.S. economist at Oxford Economics. It showed us the depth of the hole out of which the economy must climb, but it says little about where we’re at or where we’re headed.

When the coronavirus in mid-March started to take hold of the U.S. economy, Barron’s wrote that neither economists nor columnists could predict the virus’ impact on growth. That’s still as true as ever. No one really knows where this recovery—which started earlier and more strongly than expected—is going. Federal Reserve Chairman Jerome Powell said as much on Wednesday, repeatedly stressing that the U.S. economy is at the mercy of the coronavirus.

“Anybody who claims to have a firm handle on the economy’s path is either delusional or lying,” says Joshua Shapiro, chief U.S. economist at MFR Securities. As such, higher-frequency economic indicators—some that are new and under-the-radar—take on unusual importance. This week, Barron’s dug into several. They paint a picture not of a building recovery from second-quarter lows, but of an economy at risk of flatlining or declining after regaining some ground.

Shapiro likes the New York Fed’s Weekly Economic Index, a basket of 10 daily or weekly gauges—ranging from initial jobless claims and federal taxes withheld to fuel sales and railroad traffic—that is scaled to align with real GDP growth. The latest reading of about negative 7% shows that the economy is springing up from April lows but still far from prepandemic levels (the WEI was at 2% in the beginning of February).

Another source of more-real-time data that investors may be keen to watch is the Economic Tracker from Opportunity Insights, part of Harvard University. Consider the group’s daily data on small businesses, responsible for half of U.S. employment, half of GDP, and 40% of total business revenue. An improvement in small-business revenue has started to fade, now down 17% from January as the number of small businesses that are open are falling—a signal of business failures as the crisis continues.

A recent analysis by S&P Global Market Intelligence found that 158 companies that received Paycheck Protection Program loans aimed at shoring up small businesses have announced plans to lay off a combined 16,000 employees. That’s a drop in the bucket in the scheme of things—30 million people are unemployed—but it nonetheless highlights how tough it is for small firms to continue operating with capacity restrictions and more cautious consumers, even with federal aid.

Daily consumer spending data from Opportunity Insights similarly shows a decline from early July, before Covid-19 cases started to surge in places like Florida and Texas. At its best, spending recovered so that it was down 4.3% from January; now, it is down 6.4% versus January. Weakness is especially pronounced among higher earners, who are more likely to be working from home, have a lower propensity to consume, and more ability to save.

What does this mean for investors? The Fed continues to promise that it will leave interest rates alone for a long time, though it’s increasingly hard to see how much more ammunition it has left, should conditions worsen. Powell has been clear that Congress needs to provide more fiscal aid—especially as the virus lingers and recovery stalls just when enhanced unemployment benefits are expiring—but even a partial extension of the extra payments means a big hole in income and spending versus the past several months.

That all sets up an overly complacent market that faces incredible uncertainty, says Jeff Klingelhofer, co-head of investments at Thornburg Investment Management.

Against a backdrop of low rates and disinflation where volatility picks up and market gains slow, he suggests that investors focus on assets that have low to negative correlations with risk assets, such as real estate and gold. While gold has been one of the best-performing assets this year, with exchange-traded funds including the SPDR Gold Shares (ticker: GLD), iShares Gold Trust (IAU), and Aberdeen Physical Gold Shares (SGOL) each up 30%, many investment managers expect more upside as rates remain low and the dollar weakens.

Klingelhofer also says that investors should look at international stocks or U.S. companies with heavy international exposure, and pick those with solid cash flow. U.S. listings of European stocks such as German software company SAP (SAP) may be worth a look.

Until the U.S. economy gets back to previrus levels, which Klingelhofer doesn’t think will happen before at least mid-2021, it will remain largely a fool’s errand to use conventional measures to predict where the economy is going, and thus how markets should be reacting to it. The third-quarter GDP print is bound to look deceptively strong—as high as 25%, says Ian Shepherdson of Pantheon Macroeconomic—given the way it’s calculated. But employers don’t care about base effects lifting quarterly GDP growth. They care about the flow of incremental demand, and on that count, the picture is much less favorable, he says.

For now, high-frequency data are the best way for investors to sift through the noise and see what’s actually happening. And it isn’t looking pretty.

Write to Lisa Beilfuss at lisa.beilfuss@barrons.com