In photos: A timeline of Trump’s past two weeks

President Donald Trump and his wife, Melania, have tested positive for the coronavirus, he announced early Friday morning.

“We will begin our quarantine and recovery process immediately. We will get through this TOGETHER!” the President tweeted shortly before 1 a.m. ET.

The White House has already canceled several of Trump’s events Friday, including a fundraiser in Washington and a campaign rally in Florida.

The past couple of weeks have been busy for Trump, who has been holding campaign rallies, debating challenger Joe Biden and choosing a Supreme Court nominee.

A look at where he has been:

Trump was last seen in public on Thursday afternoon, returning to the White House after a fundraising trip to New Jersey. He did not appear ill, though he did not speak to reporters as he walked into his residence.

Late Thursday night, hours before announcing his diagnosis, Trump tweeted that Hope Hicks, one of his closest aides, had tested positive for Covid-19. 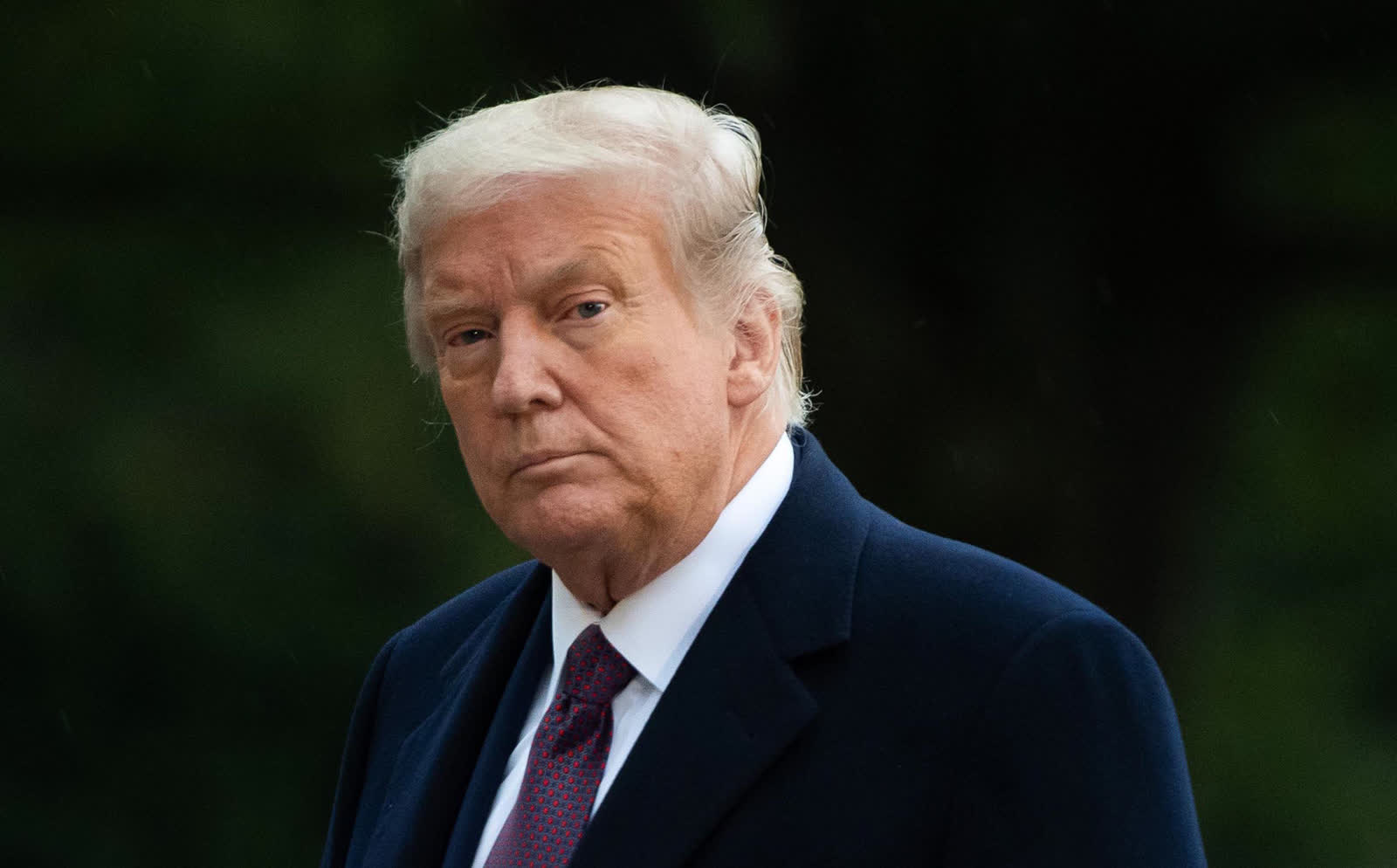 Trump traveled to Minnesota for an outdoor rally in Duluth and a private fundraiser in Minneapolis.

As he departed the White House, he told reporters he was getting “tremendous reviews” about his debate performance with Biden.

“I thought it was a great evening, it was an exciting evening,” he said. “I see the ratings were very high and it was good to be there, felt very comfortable.” 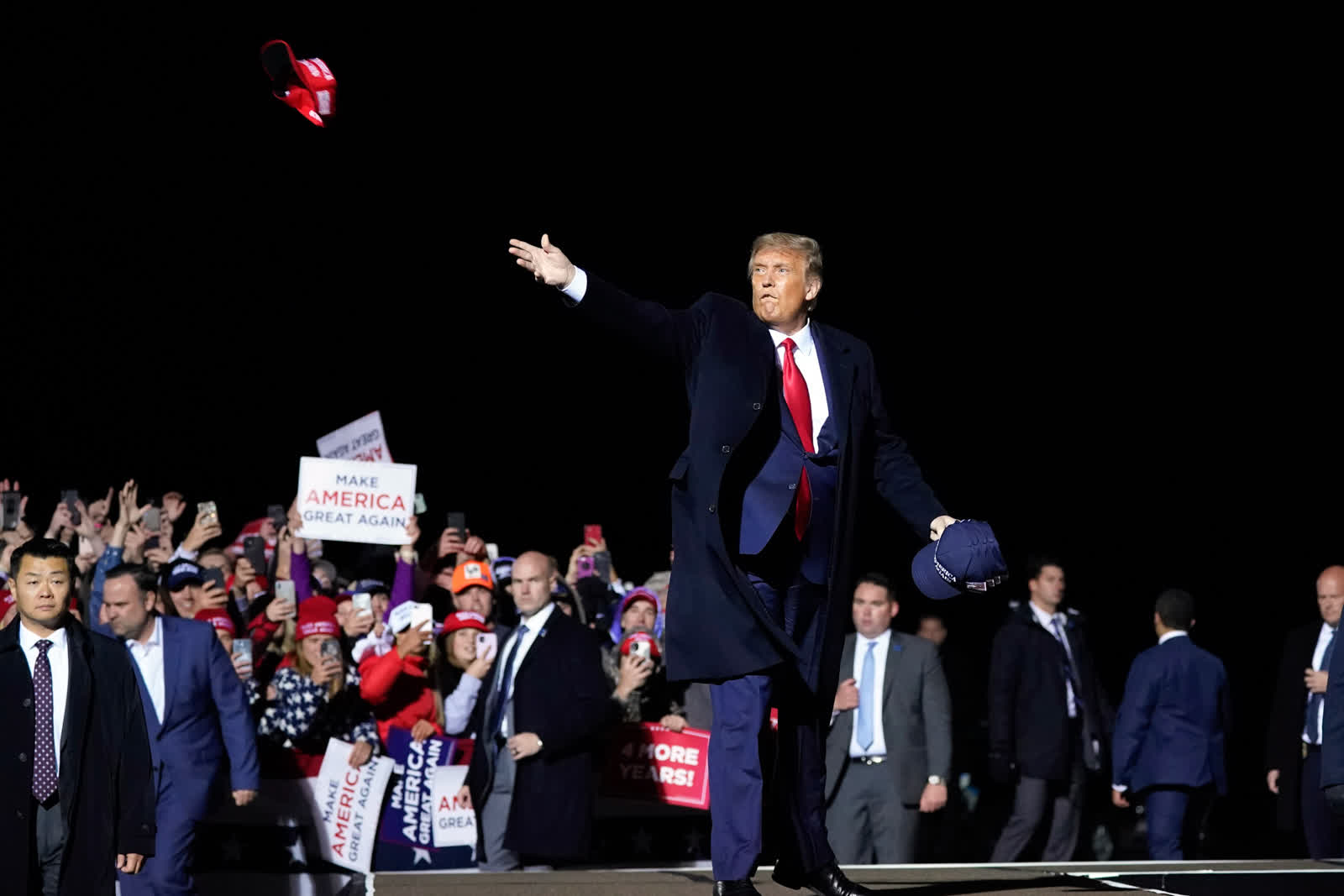 Trump throws a hat to supporters after speaking at a campaign rally in Duluth, Minnesota, on Wednesday, September 30. (Alex Brandon/AP) 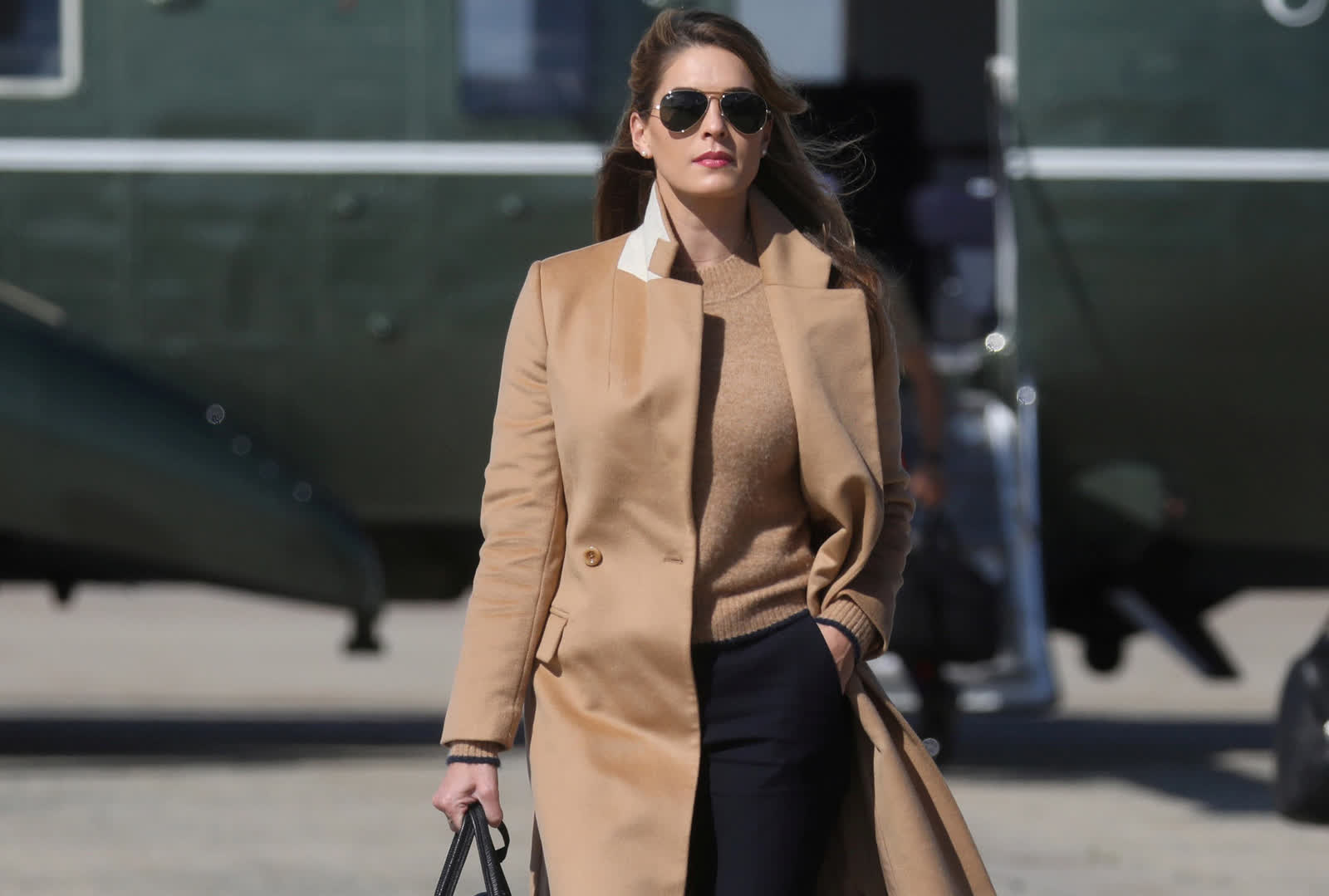 Hope Hicks, one of Trump’s closest aides, walks toward Air Force One to leave Washington, DC, with the President. (Leah Millis/Reuters)

Trump was in Cleveland for his first-ever debate with Biden.

Because of the pandemic, Trump and Biden did not shake hands. There was also a much smaller in-person audience than usual, and everyone attending was supposed to take a Covid-19 test and follow other safety protocols.

At one point during the debate, Trump mocked Biden for wearing a mask on the campaign trail: “I don’t wear a mask like (Biden), every time you see him, he’s got a mask. He could be speaking 200 feet away from it, and he shows up with the biggest mask I’ve ever seen.” 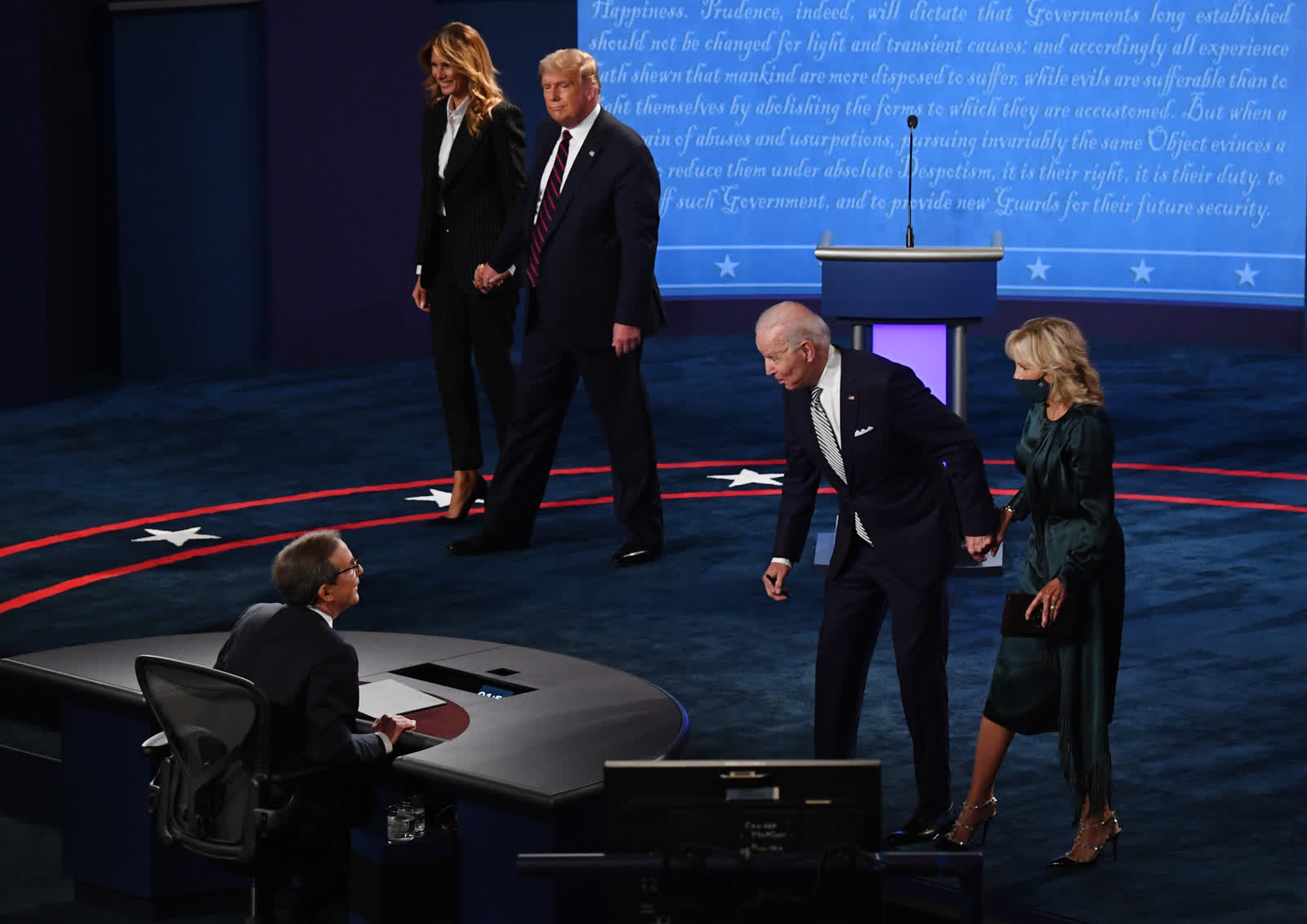 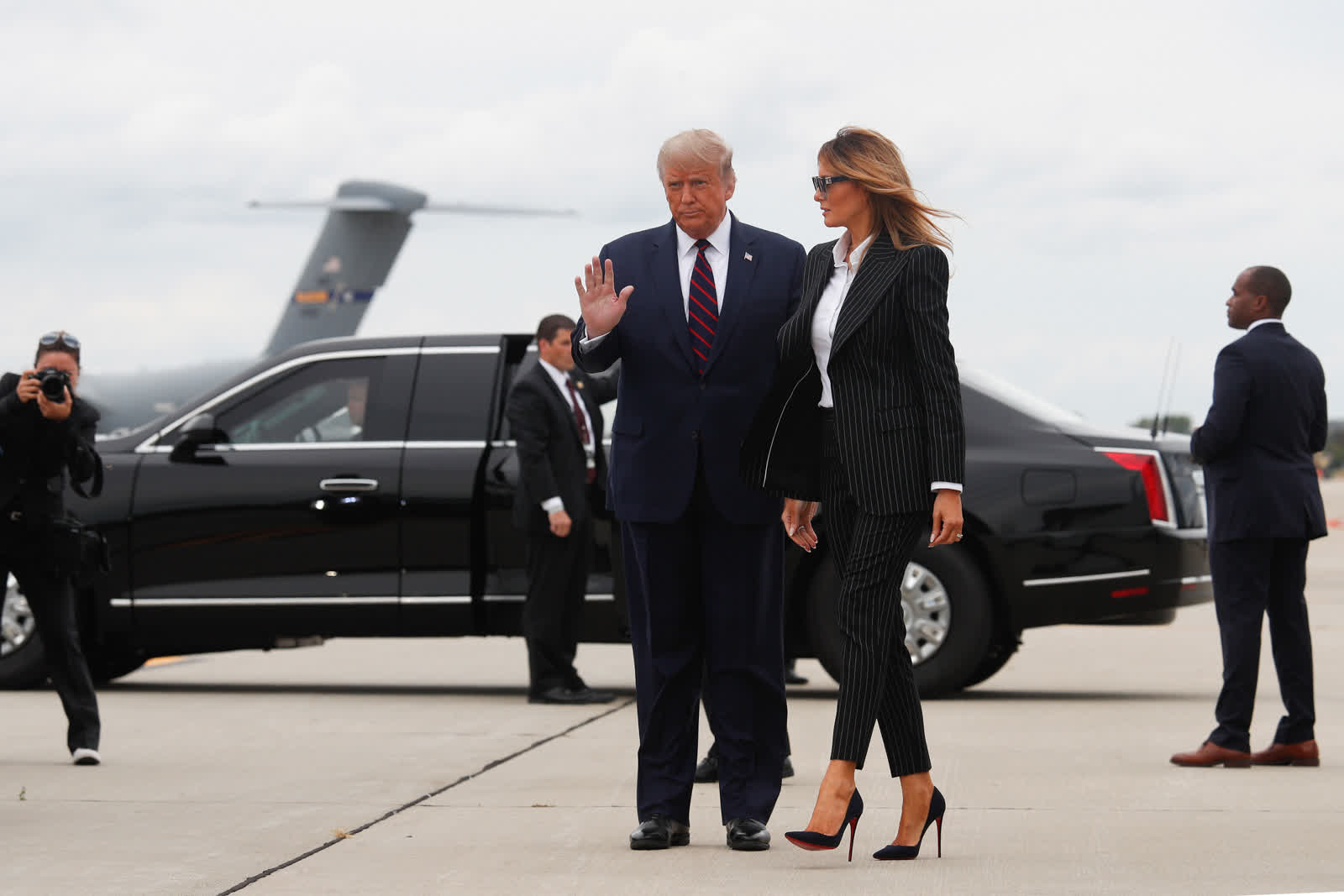 The Trumps arrive in Cleveland ahead of the debate. (Tom Brenner/The New York Times/Redux)

Trump later appeared in the White House Rose Garden to hail a new testing strategy for coronavirus. “I say it all the time, we are rounding the corner,” Trump said during the event. 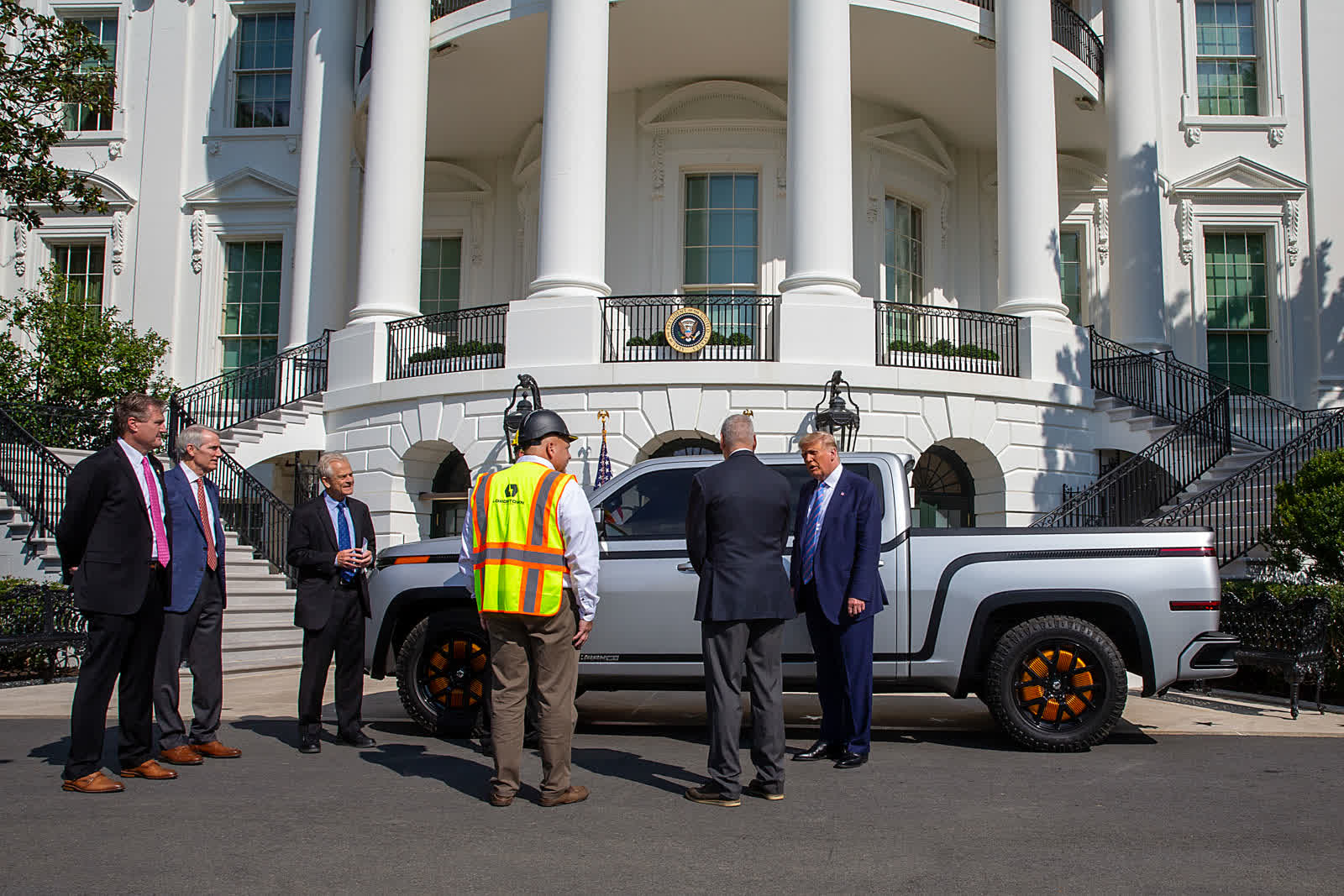 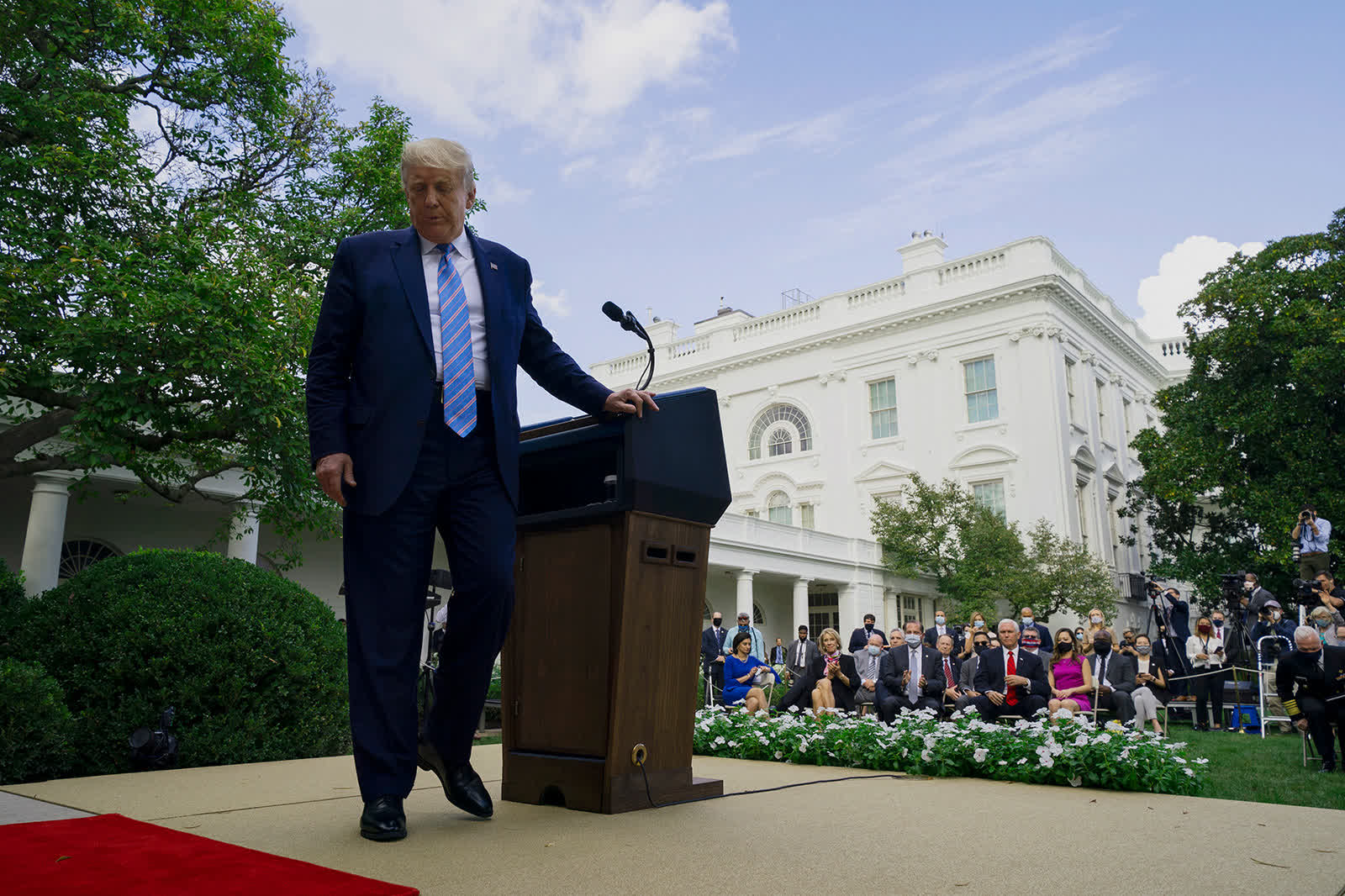 Earlier in the day he visited his golf club in Sterling, Virginia, according to pool reports. At night, he and the first lady appeared at a White House reception for Gold Star families. The vice president and his wife also attended. 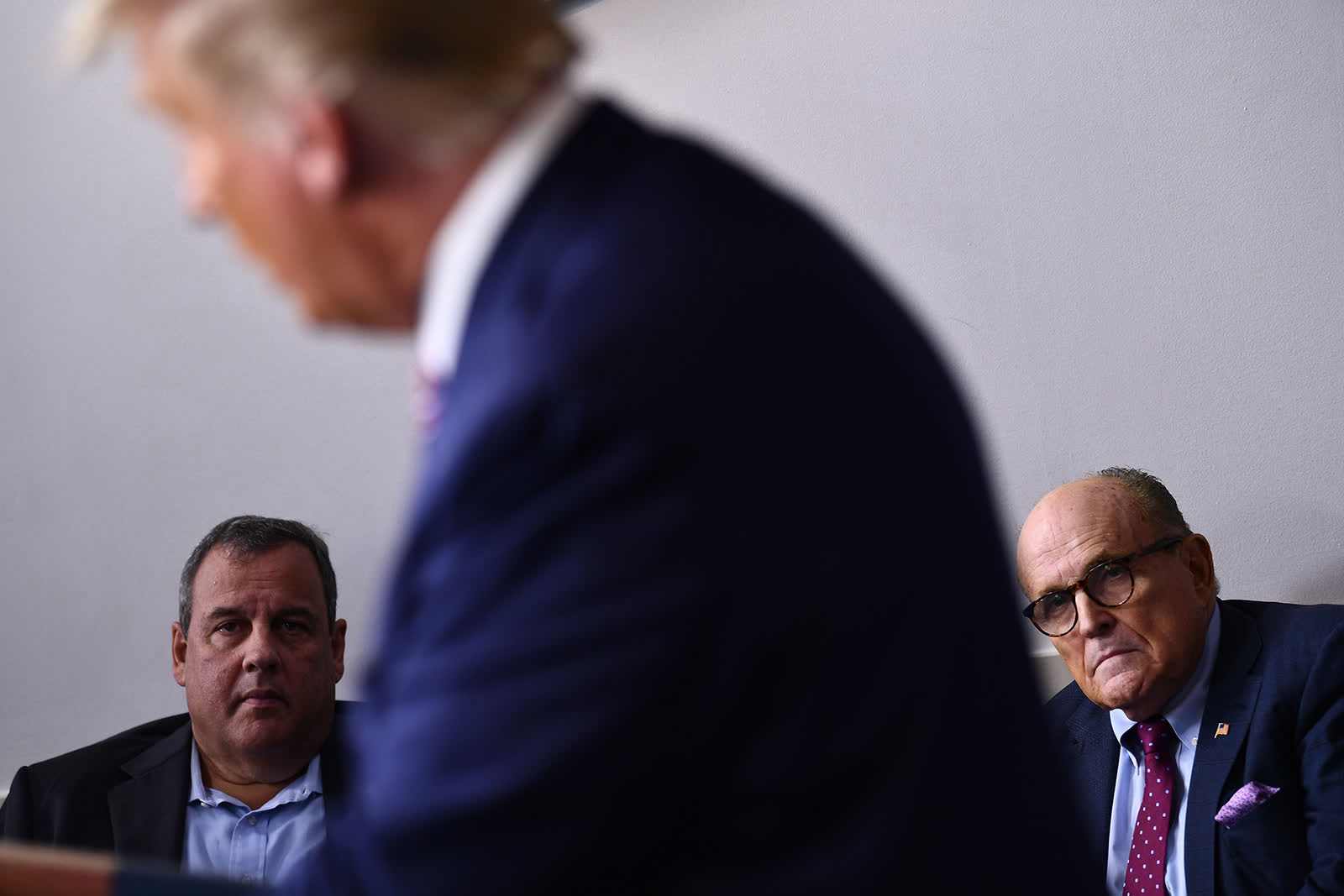 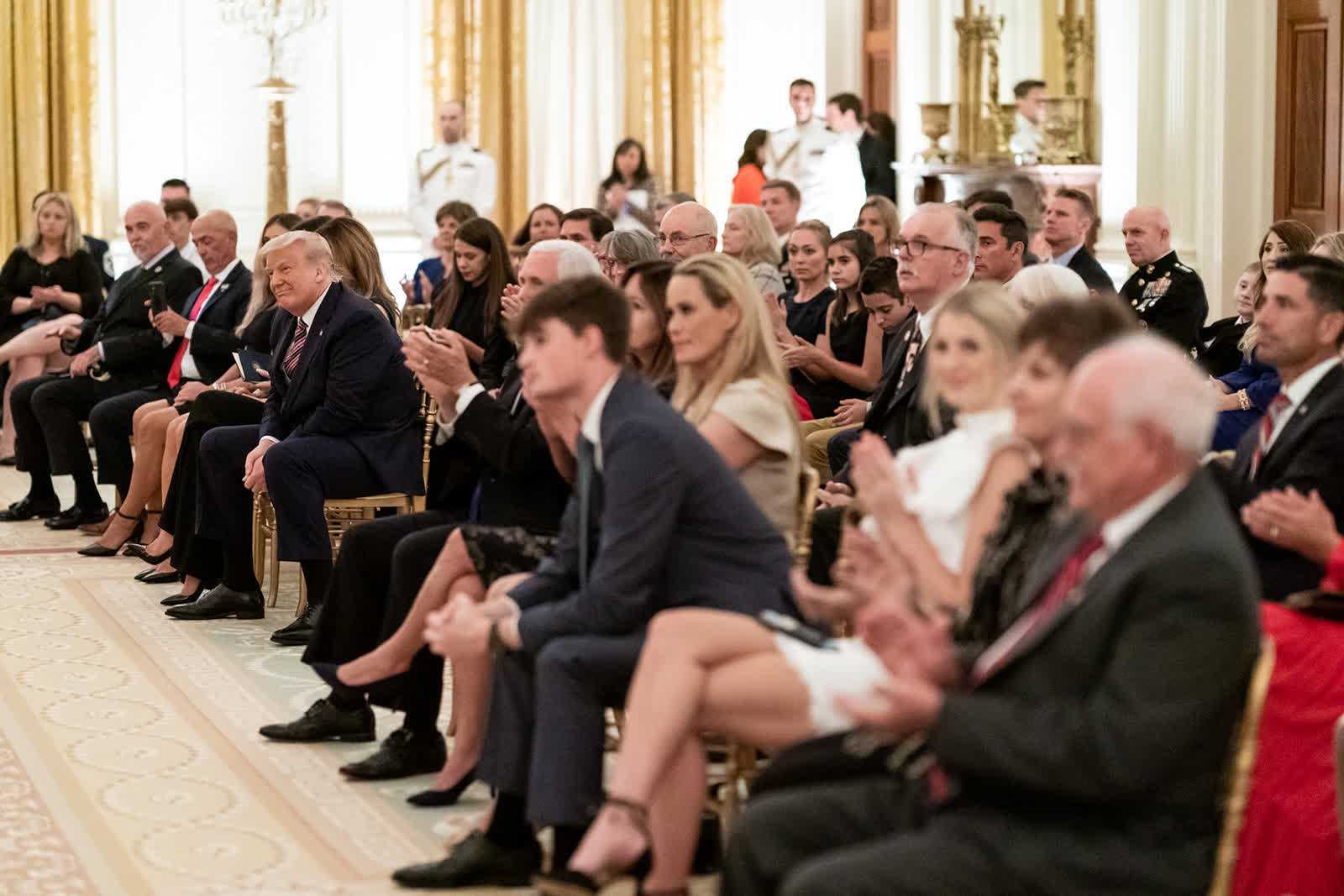 Trump introduced Amy Coney Barrett as his nominee to replace the late Ruth Bader Ginsburg on the Supreme Court.

Barrett is “one of our nation’s most brilliant and gifted legal minds,” Trump declared before a Rose Garden audience that included Scalia’s widow, Republican senators and several figures from the conservative media.

Later that night he held a rally in Middletown, Pennsylvania. 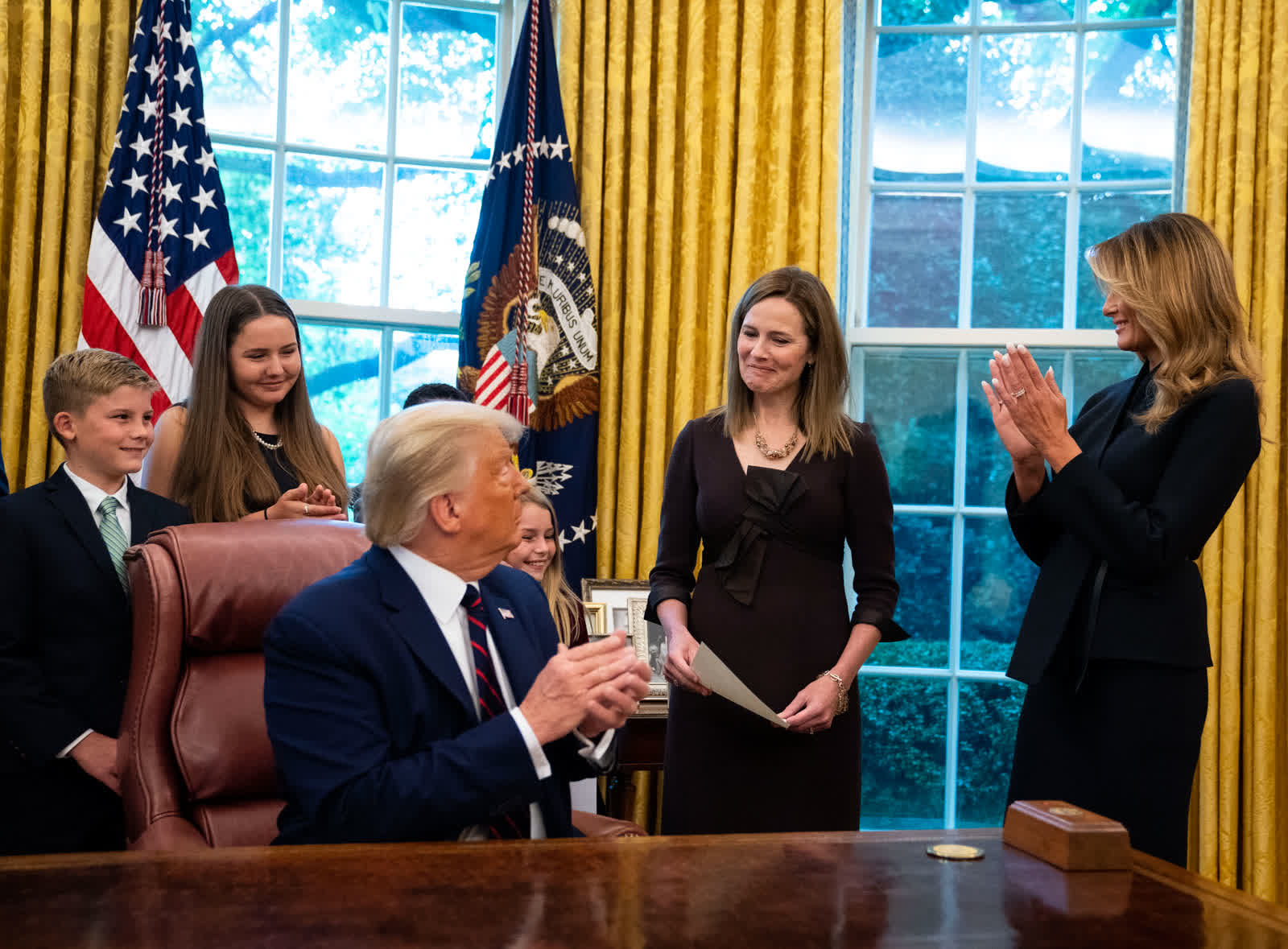 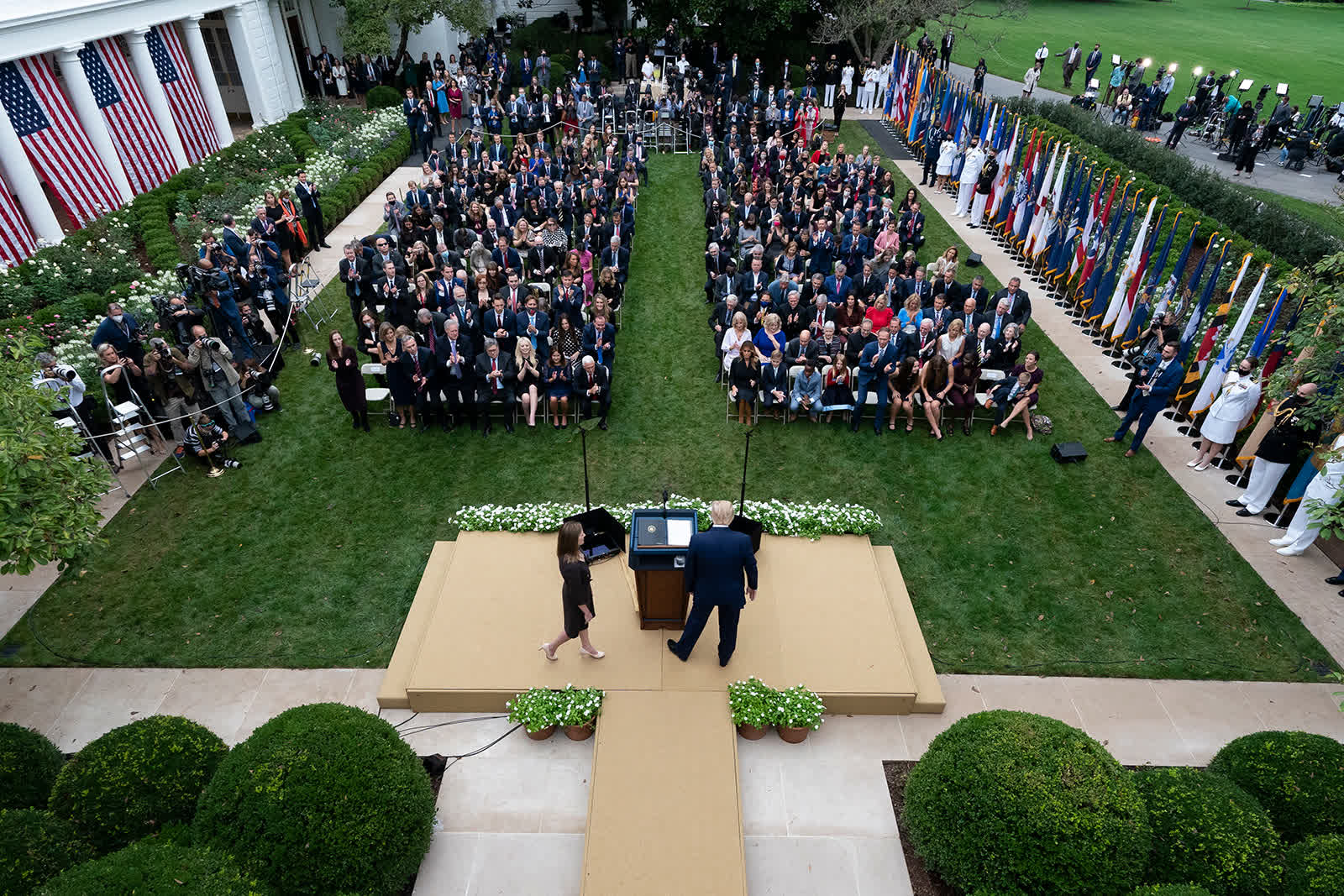 Barrett walks to the microphone in the White House Rose Garden after Trump announced her nomination. (Alex Brandon/AP) 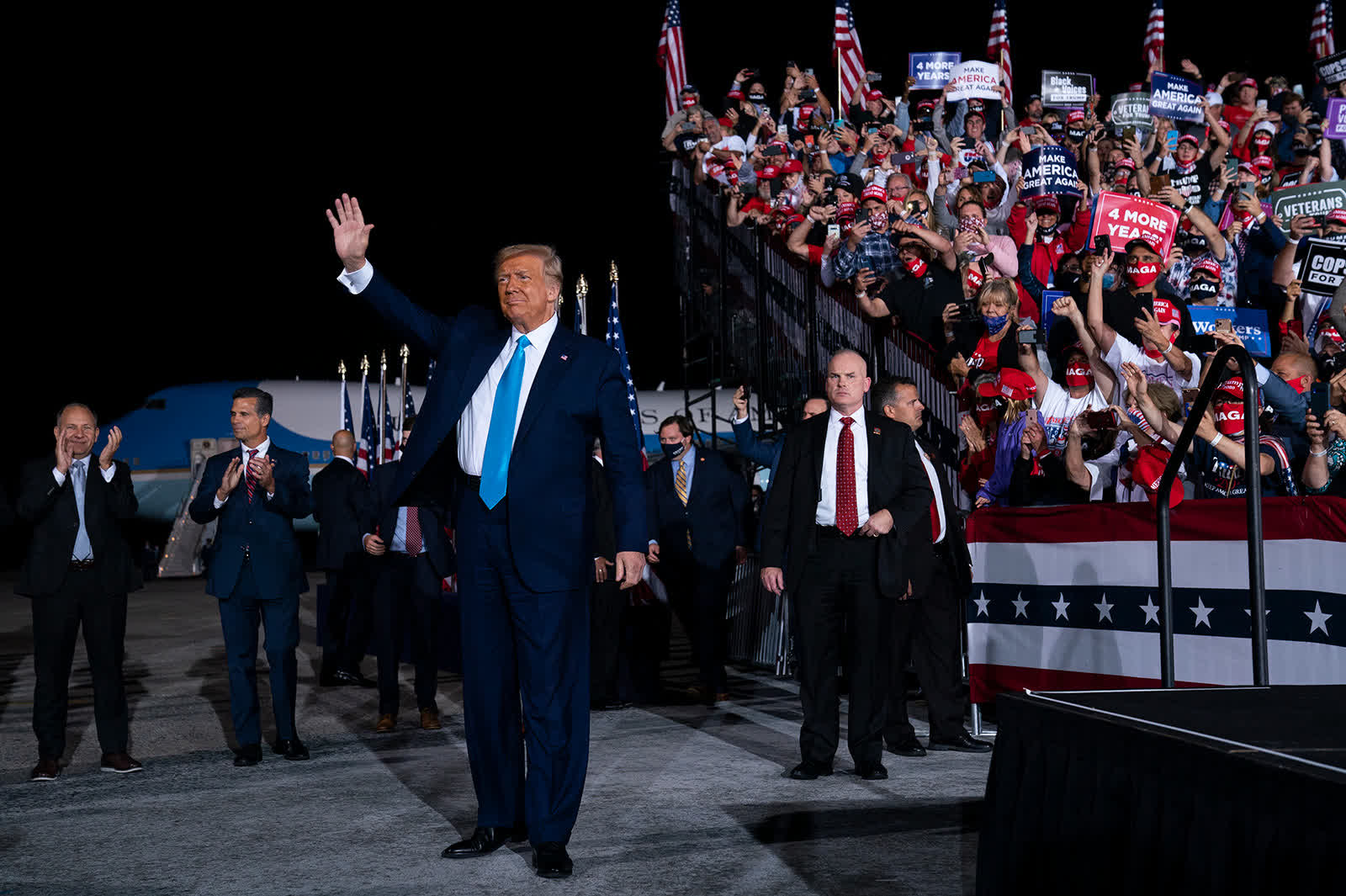 Trump arrives for his campaign rally at an airport in Middletown, Pennsylvania. (Evan Vucci/AP) 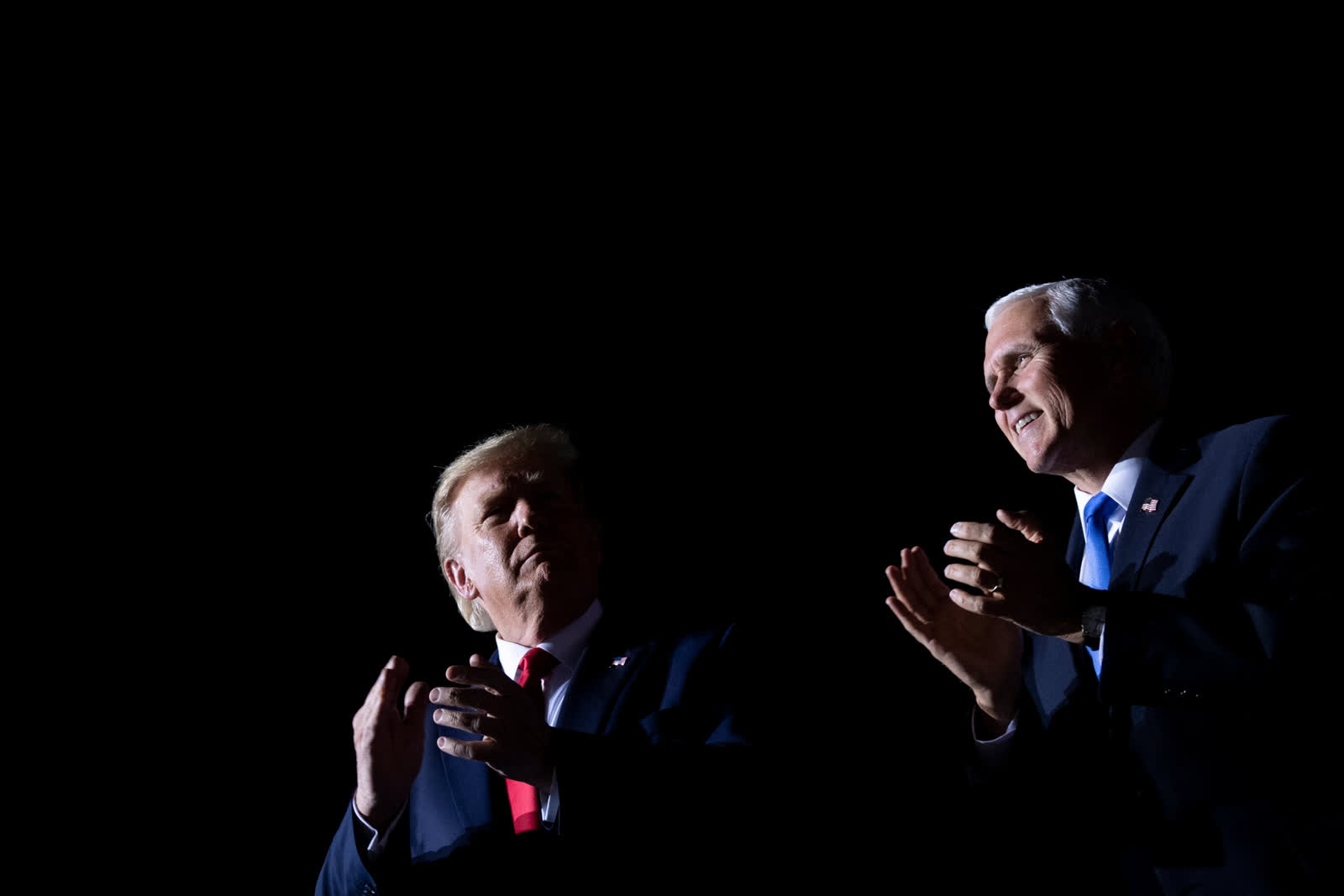 After paying his respects to Ginsburg, Trump traveled to Charlotte, North Carolina, to deliver a speech focused on health care. He later went to Jacksonville, Florida, for a rally.

In Jacksonville, Trump mocked Biden for not making as many public appearances as him that day.

“Supposing he never campaigns and he wins, you know how badly I’m going to feel? I’m working hard, and you’ve got to work hard,” Trump said. 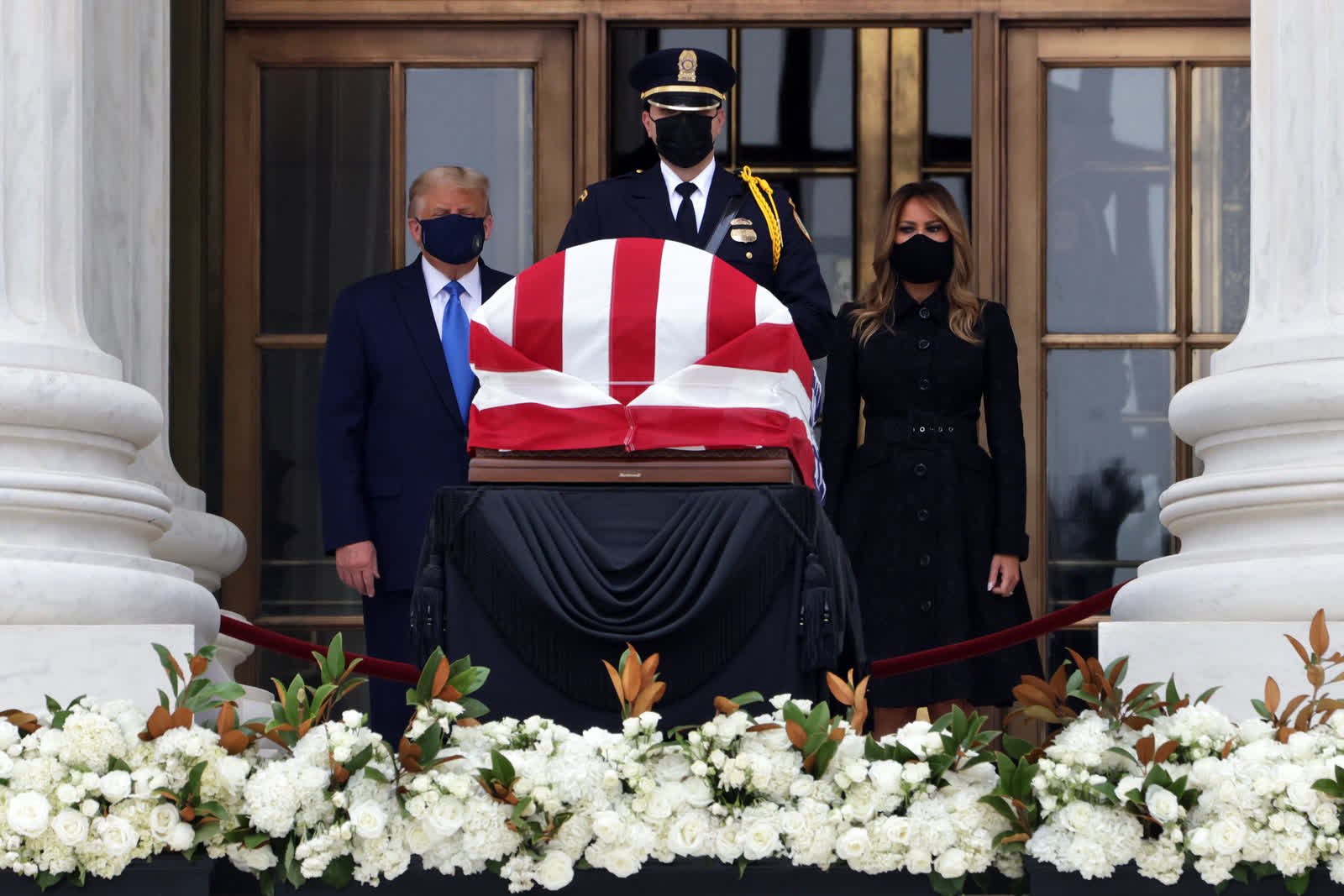 The President and first lady pay their respects to Supreme Court Justice Ruth Bader Ginsburg as her flag-draped casket sits in front of the Supreme Court building on Thursday, September 24. (Alex Wong/Getty Images)

Trump held a news conference claiming that the White House could override the US Food and Drug Administration if the agency released tougher standards for the authorization of a Covid-19 vaccine.

His comments came as the FDA considers new Covid-19 vaccine guidelines that would likely push an authorization beyond Election Day, according to three sources familiar with the situation. 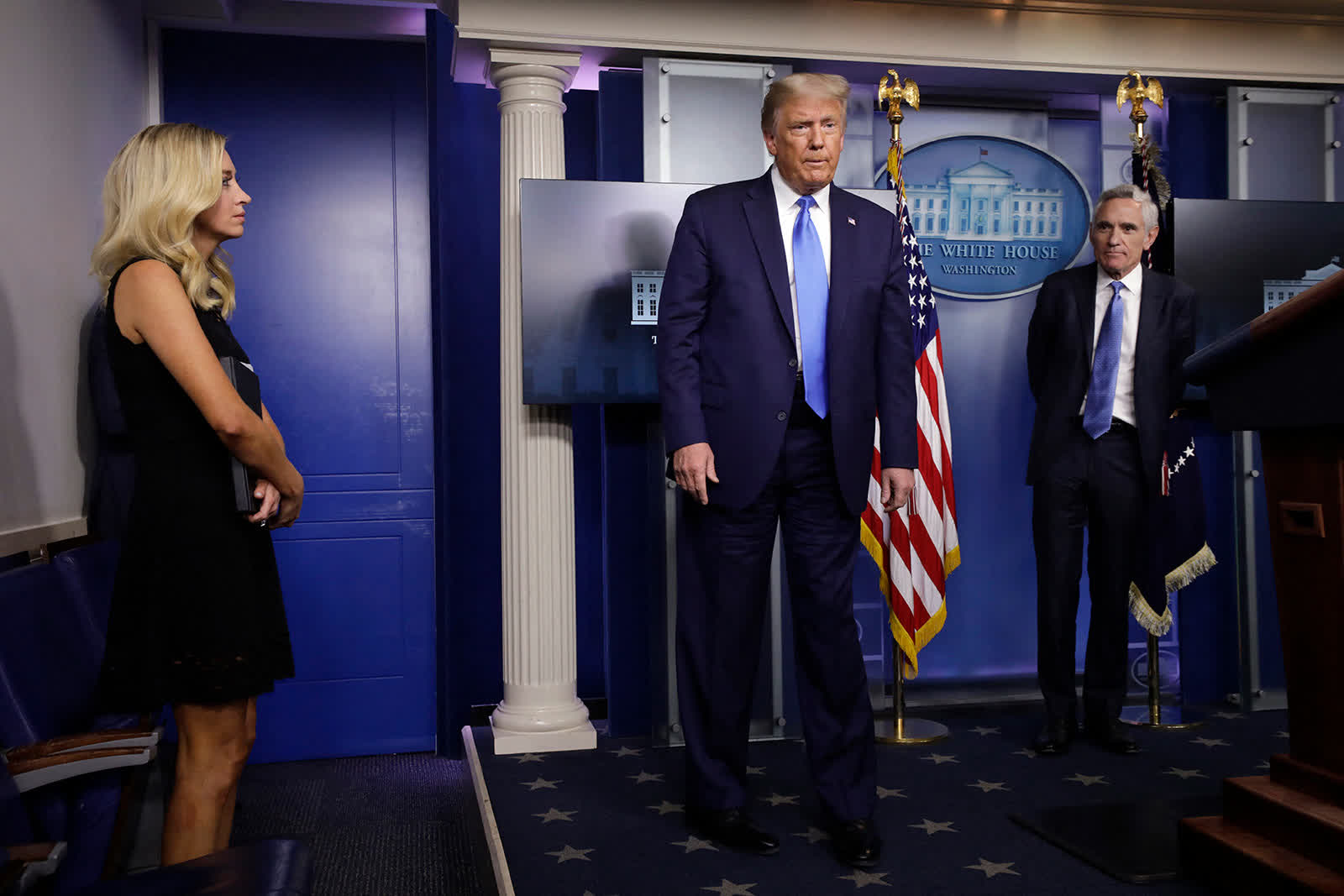 Trump held a campaign event in Pittsburgh with a crowd that was not socially distancing.

As he headed to the event, Trump was asked about the nation’s 200,000 coronavirus deaths. The President said “it’s a shame” but claimed he had saved millions of lives. 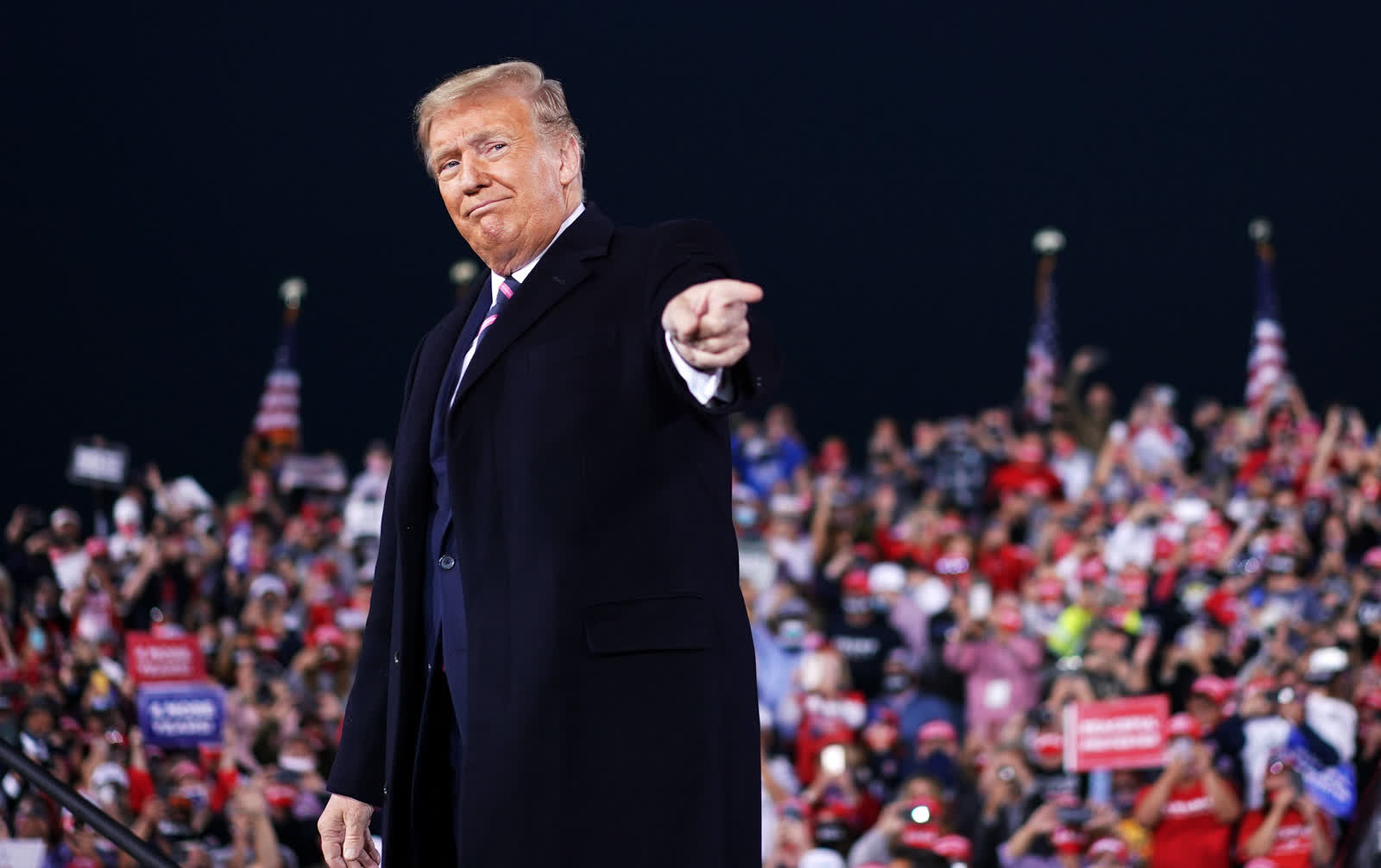 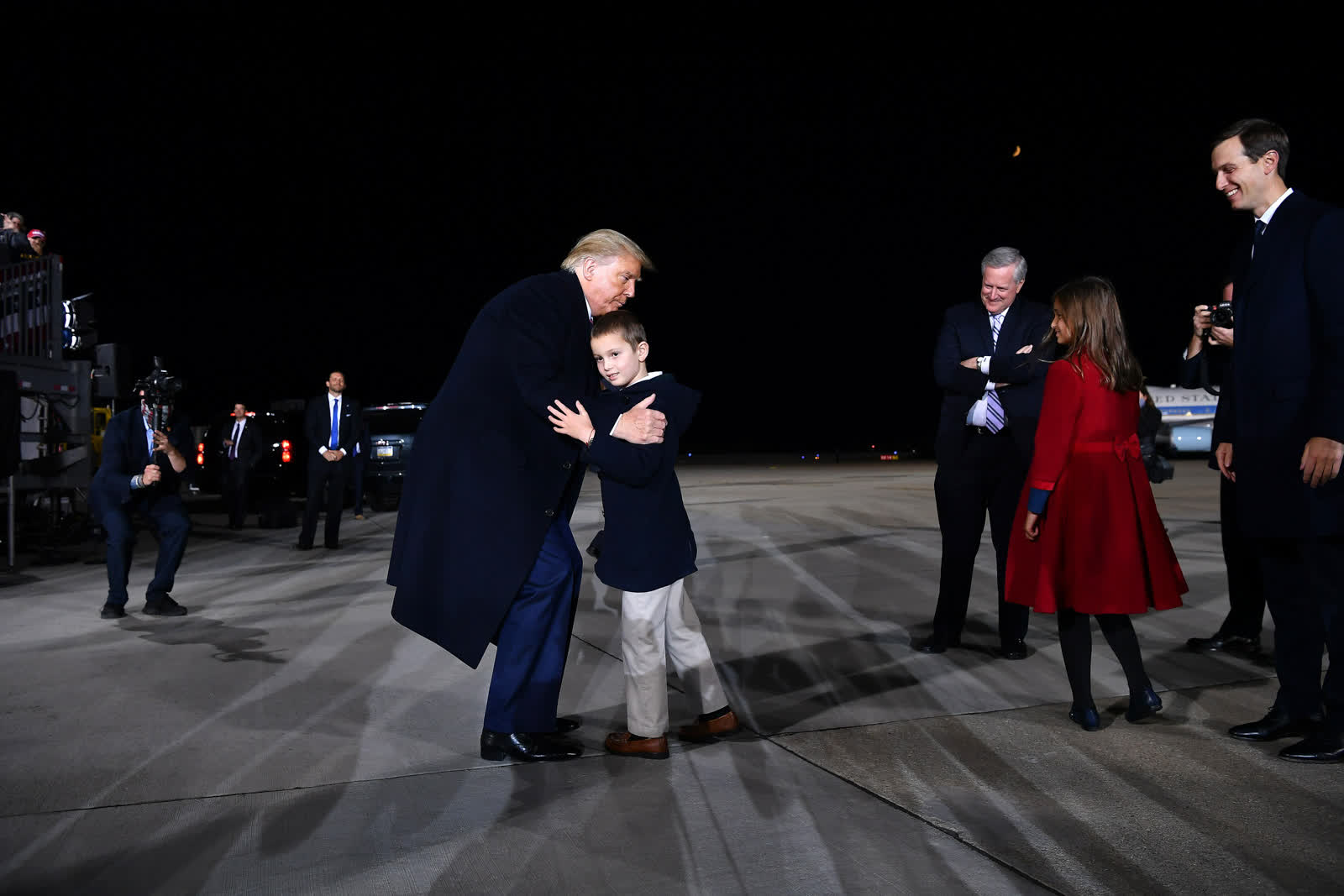 He also doubled down on previous claims that young people are “virtually immune,” this time saying “take your hat off to the young because they have a hell of an immune system.”

Trump briefly paused before adding, “It affects virtually nobody.” 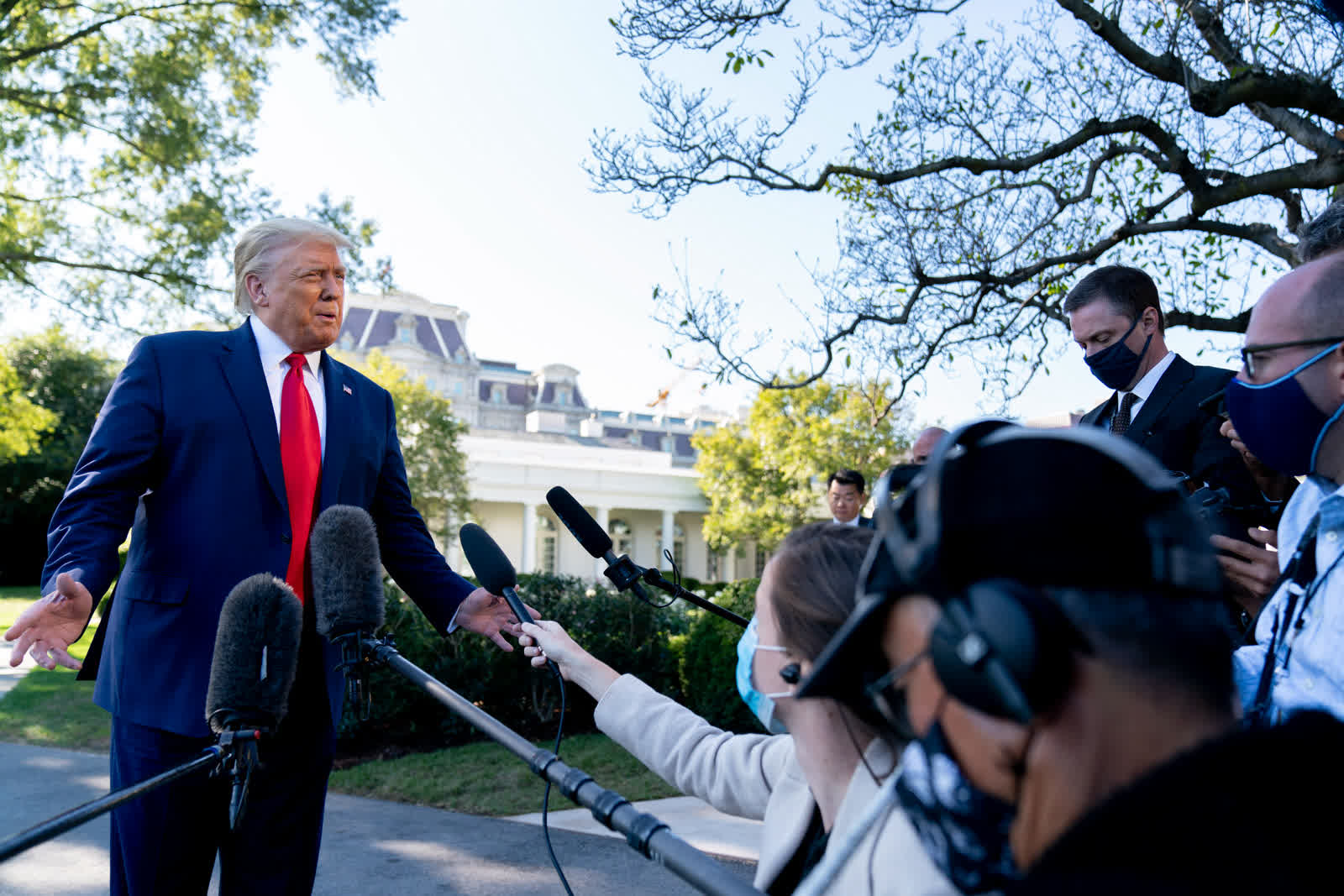 Before boarding Marine One, Trump speaks to reporters on the South Lawn of the White House on Monday, September 21. (Andrew Harnik/AP) 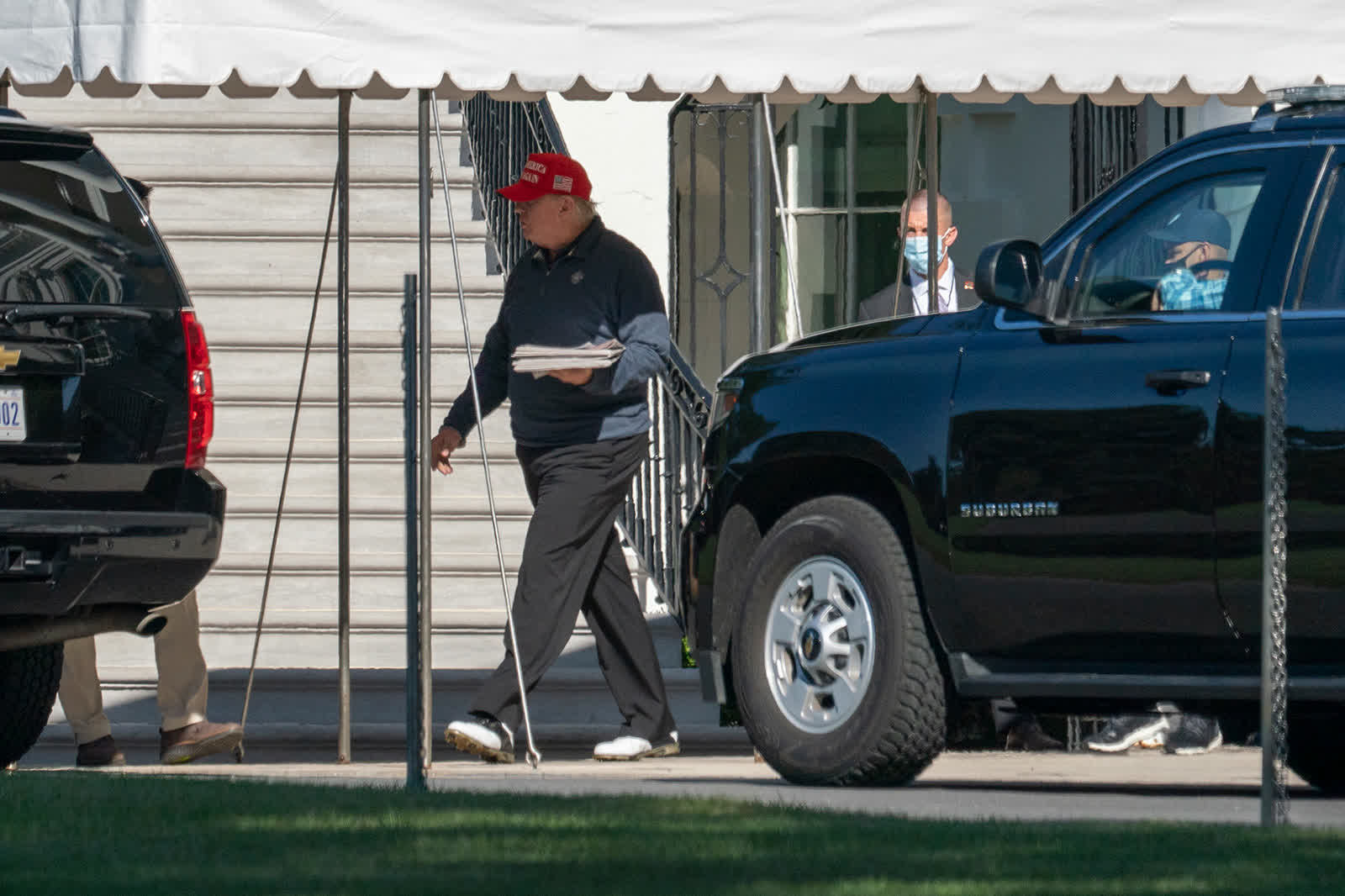 Before heading to the rally, Trump vowed to appoint a woman to replace Supreme Court Justice Ruth Bader Ginsburg, who died the day before. 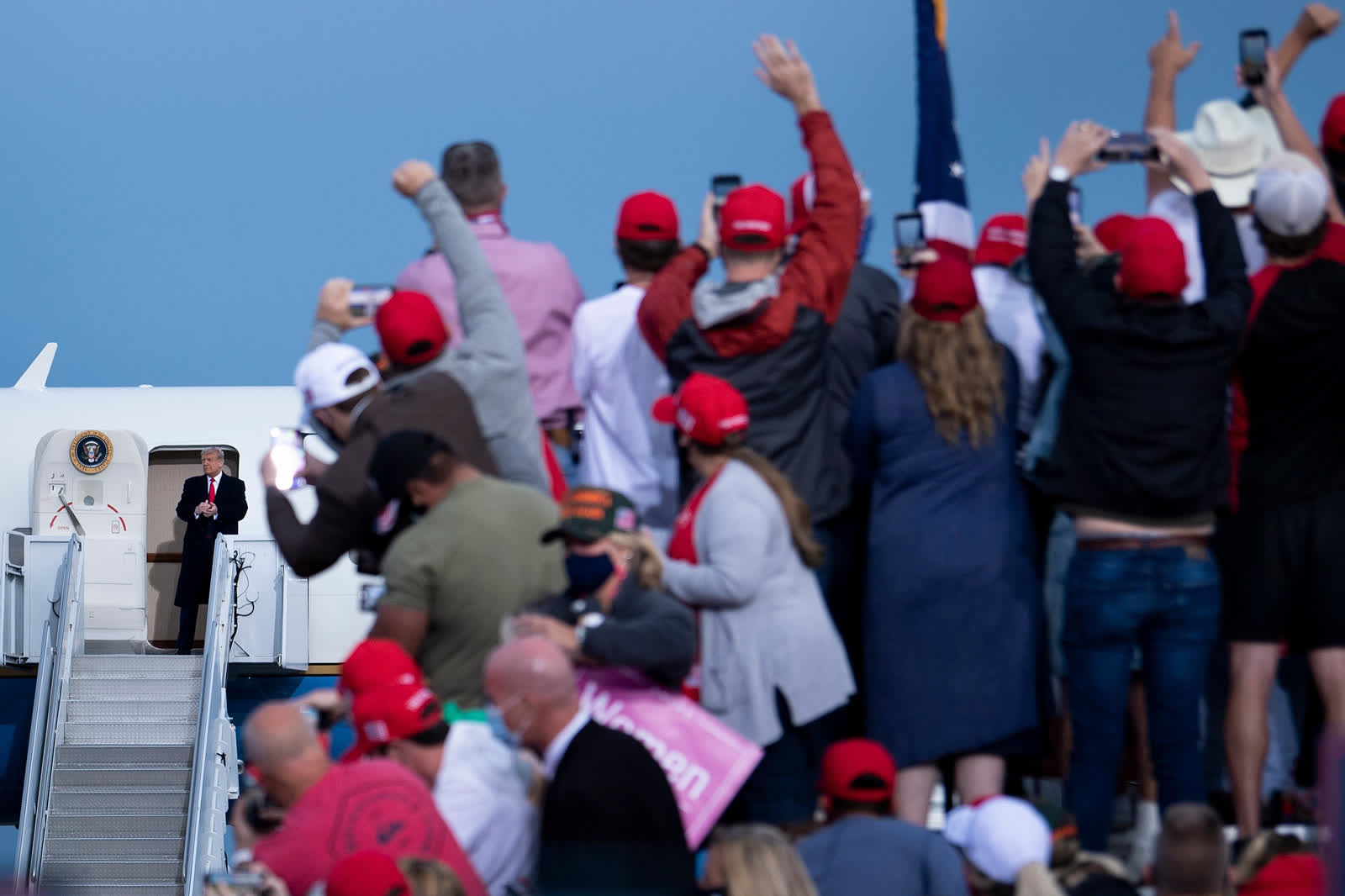 Trump held a rally in Minnesota. Afterward, he appeared to be hearing the news about Ginsburg’s death for the first time from reporters. 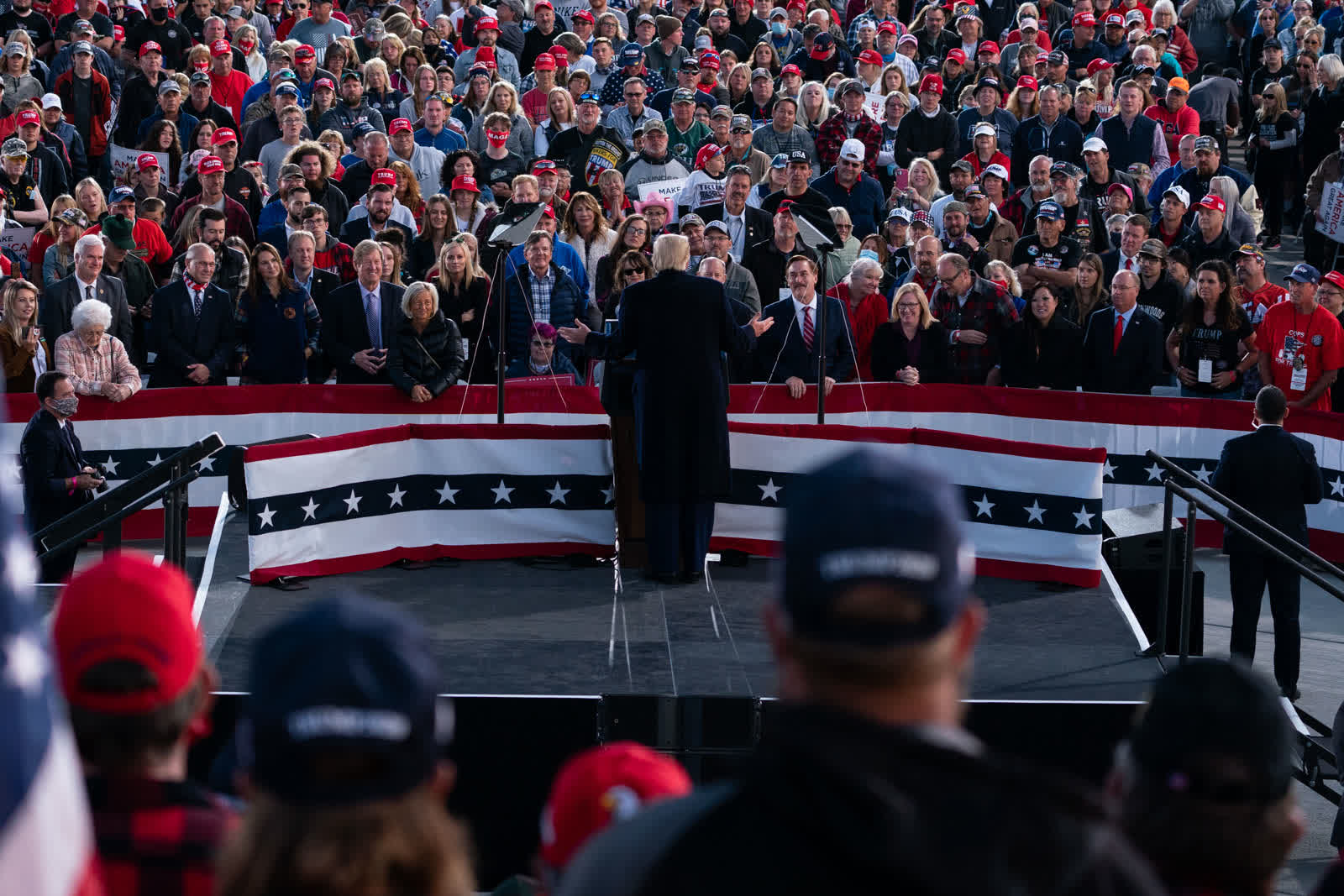 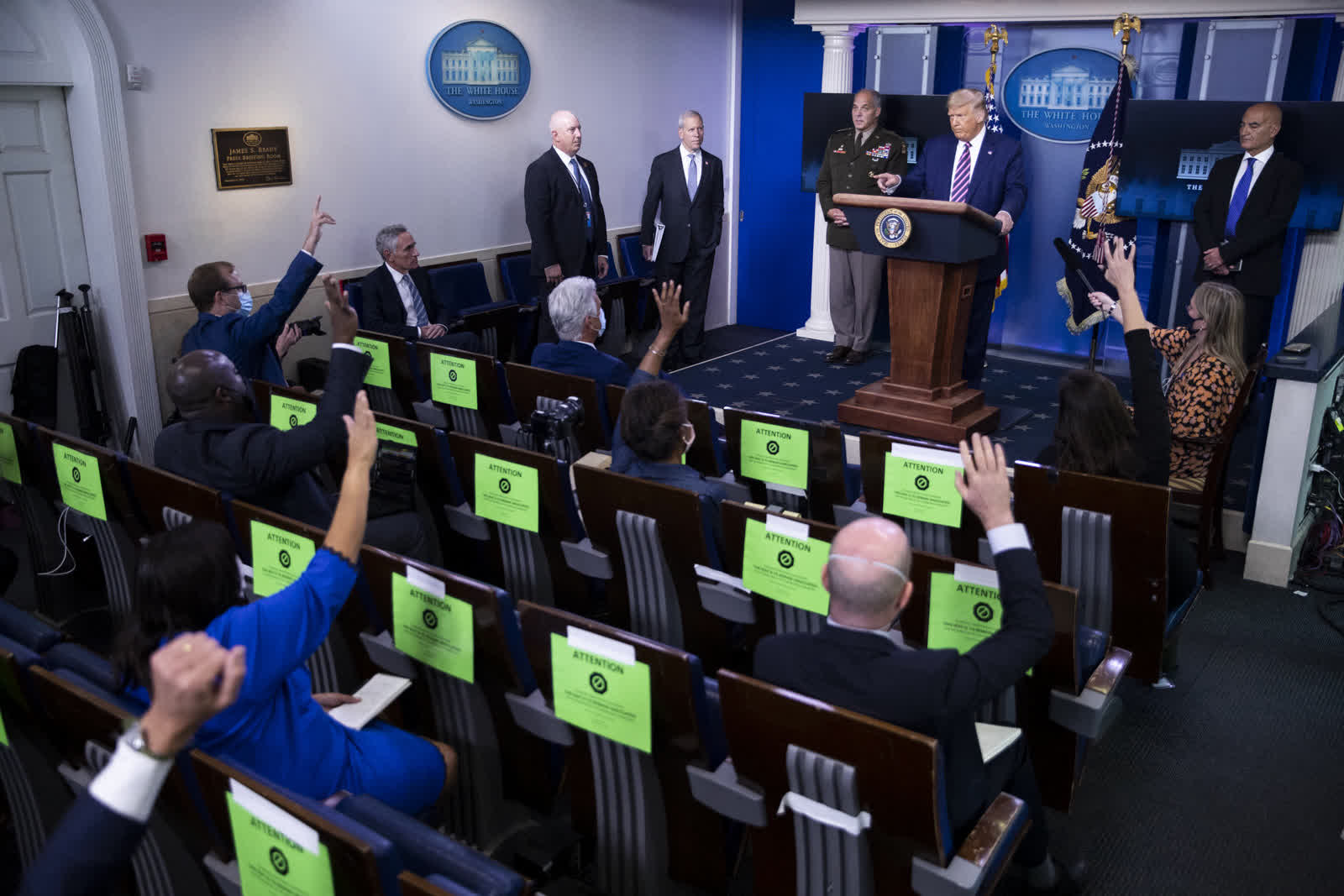 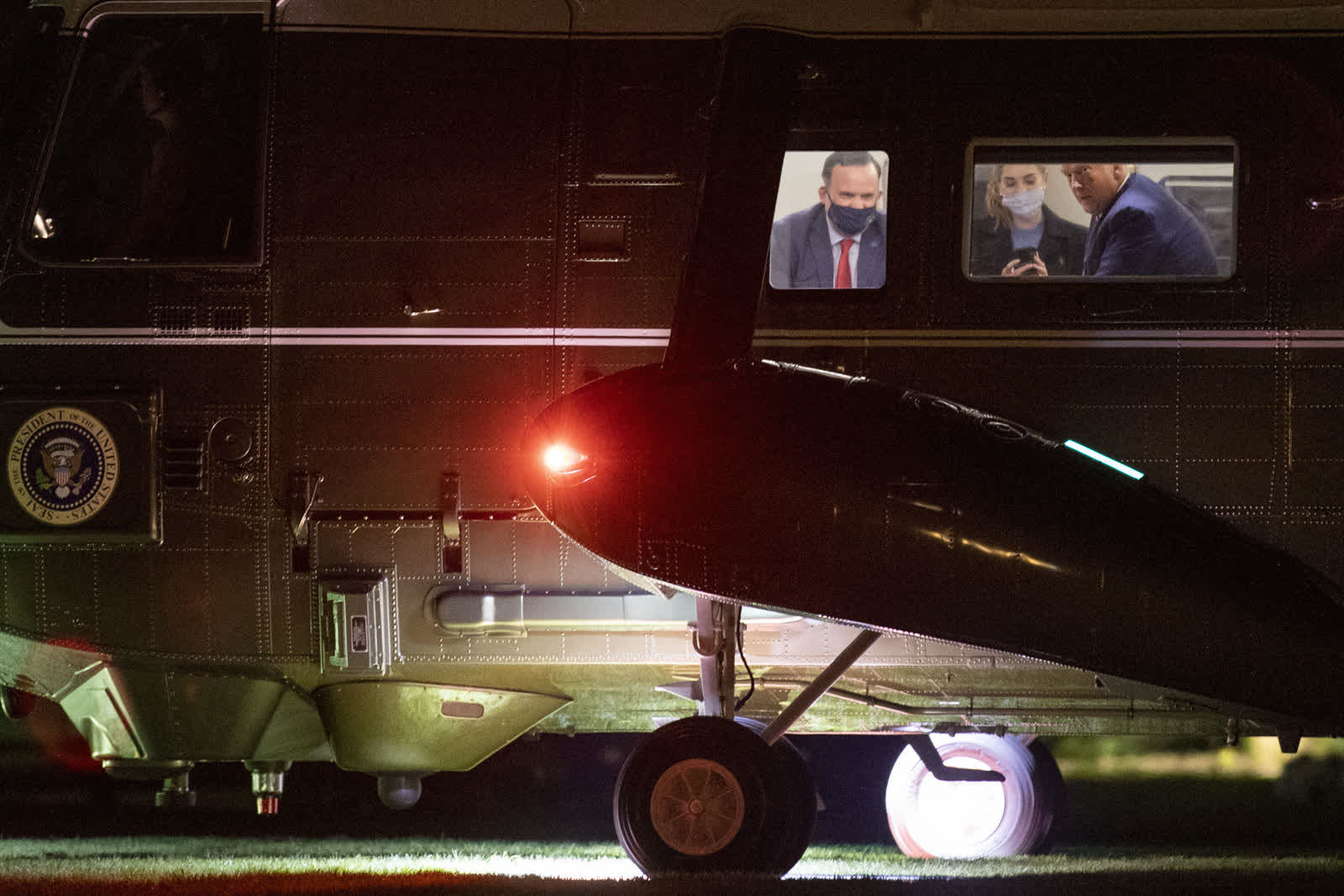 Marine One lands on the South Lawn of the White House as Trump returns from Minnesota on September 18.(Pool/Abaca/Reuters)
Share this...