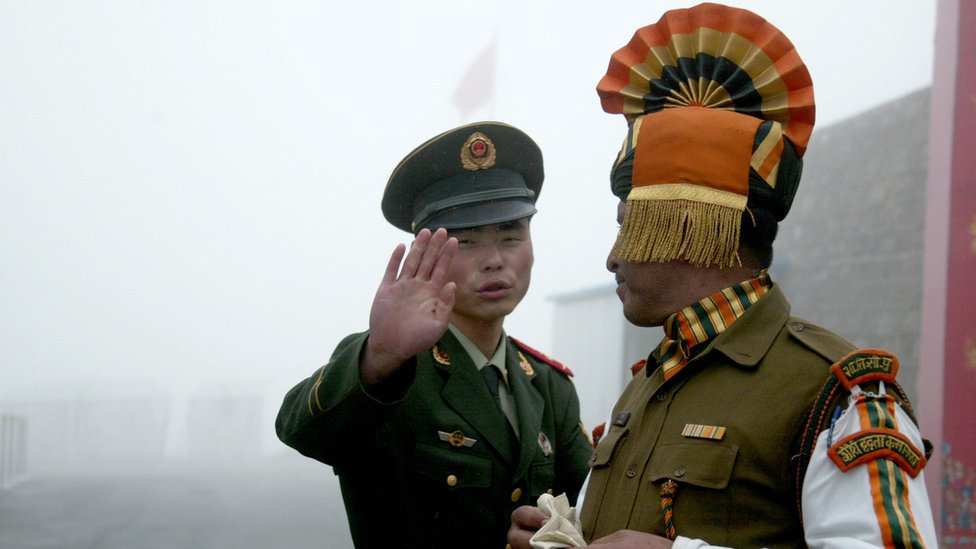 image captionIndia and China have a long history of border disputes

Five Indian nationals thought to have been detained when they wandered across the border into China have been freed, India’s defence ministry says.

The youths, from a state bordering China, went missing earlier this month.

India said they were hunters who accidentally strayed into Chinese territory. The release has not been confirmed by China.

Tensions have been high since a deadly clash in a disputed area between Indian and Chinese forces in June.

In a statement released on Saturday, an Indian army spokesman said the five youths from the isolated border state of Arunachal Pradesh had “inadvertently strayed across the border while hunting”.

He added that this was not uncommon given the long and at times unmarked border between the two countries.

Although there has been no official word China’s state-run Global Times newspaper quoted an unnamed security source as saying the group were “intelligence personnel disguised as hunters”.

The source said the men had intentionally crossed the border and were “detained, warned and educated” by the Chinese military.

The Indian army activated a military hotline designed to help defuse border tensions with China earlier this week, following reports that the group had been kidnapped.

China’s foreign ministry spokesman Zhao Lijian did not give details at the time, but said that his country had “never recognised so-called ‘Arunachal Pradesh’, which is China’s south Tibet region”.

Relations between the two countries had been deteriorating since June, when at least 20 Indian soldiers were killed in a skirmish in the disputed Ladakh border area. China did not comment on reports that it had also suffered casualties.

There have been flare-ups since, but on Thursday India’s foreign minister and his Chinese counterpart met in Russia, where they reached an agreement to de-escalate tensions from their shared border.

Both countries regularly accuse each other of instigating the fight in the Himalayan region of Ladakh by crossing the border, a poorly demarcated line that snakes through the inhospitable terrain.

Despite several rounds of military and diplomatic talks, the nuclear-armed neighbours have failed to resolve their border disputes.

There are several reasons why tensions have risen recently – but competing strategic goals lie at the root, and both sides blame each other.

The two countries have fought only one war, in 1962, when India suffered a humiliating defeat. 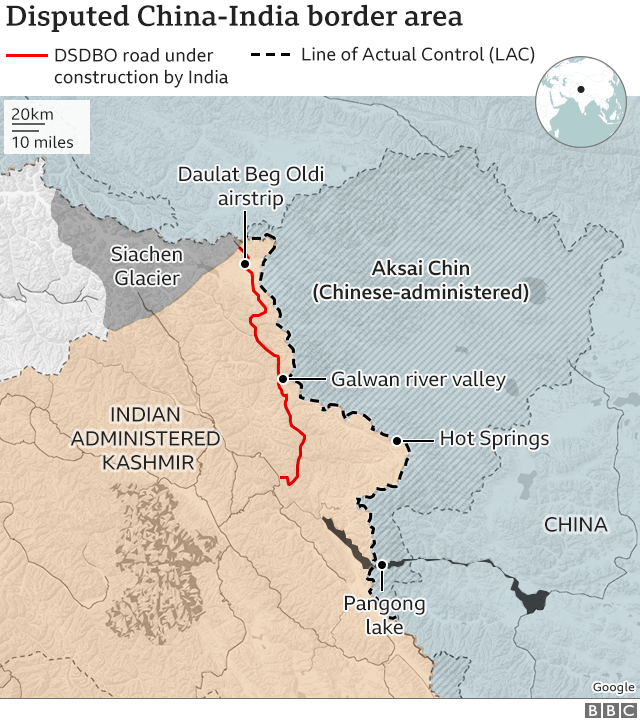