NEW DELHI — India’s economy was sputtering even before its leader announced the world’s largest coronavirus lockdown. Now the state-ordered paralysis of virtually all commerce in the country has put millions of people out of work and left many families struggling to eat.

On the first day of the nationwide 21-day shutdown of nearly all services on Wednesday, the streets of Mumbai, India’s largest metropolis — usually so busy it’s known as Maximum City — were silent. Shuttered shops, empty train tracks, closed airports and idle factories all across the country were signs of the economic impact of the social distancing that the Indian government said was necessary to prevent new coronavirus infections.

India has reported 606 coronavirus cases so far, but with the population density so high and the public health system so weak, Prime Minister Narendra Modi ordered the country’s 1.3 billion residents to stay inside to keep India from sliding into a disaster that could potentially dwarf what China, Italy, Spain, the United States and other countries have faced.

But Mr. Modi’s effort to prevent the spread of the virus will lead to its own calamitous damage. 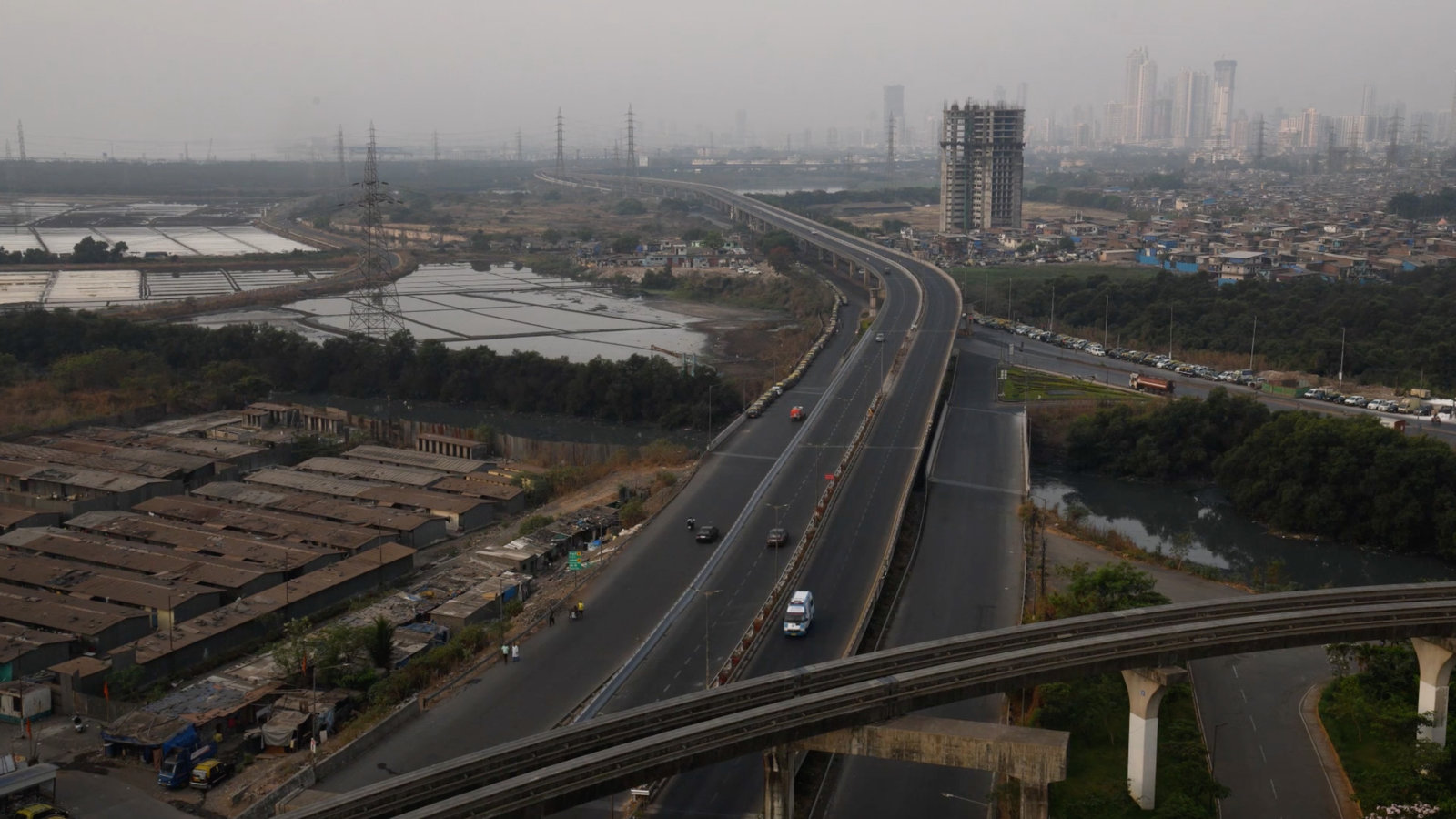 The eastern expressway in Mumbai on Wednesday.CreditCredit…Video by Atul Loke

Manual laborers have no work, farmers cannot tend fields, online retailers and pharmacists have been harassed by overzealous police officers. Countless people have been running out of cash.

“The kind of devastation that is going to be faced by the bottom 50 percent of the workers in the informal sector is unimaginable,” said Jayati Ghosh, an economist and professor at the Jawaharlal Nehru University in New Delhi.

In some places, police officers have staked out roads and highways, stopping motorists and demanding to know why they were outside. Several states have closed their borders, forcing cargo trucks to simply park by the roadside.

Flipkart, the country’s largest online retailer, found it so difficult to move people and goods that it suspended delivery of everything except food.

Grocery stores were allowed to remain open, and in the cities, crowds swarmed and emptied the shelves. At an upscale market in New Delhi, one man stuffed his Mercedes with groceries on Wednesday afternoon, jumped behind the wheel and zoomed off — wearing blue rubber dishwashing gloves and a snorkeling mask.

The National Restaurant Association of India estimated that perhaps 20 percent of the 7.3 million restaurant workers will permanently lose their jobs as employers go out of business. “Many companies may not survive this onslaught,” said Anurag Katriar, the association’s chief executive and the owner of a chain of upscale eateries.

Harcharan Singh, a vendor in rural Punjab state who usually goes door to door peddling everything from oranges to cauliflower, has had nothing to sell for days. The big wholesale food markets he normally relies on have all been closed.

“Our business is completely shut,” he said. “We need this money to survive, get food for our families.”

Hundreds of millions of Indians are like Mr. Singh, with little or no savings. Rickshaw drivers, for example, buy food for their families with the money they make that day. Banned from the roads, many drivers don’t know how they will survive.

Economists at Barclays predicted Wednesday that the lockdown would last a month and shave two percentage points off India’s anemic economic growth rate. Although India is likely to escape a recession, Barclays said, such a significant slowdown would mean rising joblessness in a country where millions of young people enter the work force every year.

Mr. Modi acknowledged the trade-offs in a televised address on Tuesday night, when he first announced the nationwide lockdown.

“No doubt this lockdown will entail an economic cost for the country, but saving the life of each and every Indian is the first priority for me,” he said. “If we are not able to manage the next 21 days, then many families will be destroyed forever.”

Economists are urging the government to create a huge stimulus package to blunt the effects of the lockdown.

Mr. Joshi also urged direct cash payments to individuals, and loans to small and medium-size businesses. “Give a clear signal that you will help,” he said.

The Modi administration is deliberating what kind of stimulus to offer, and a plan is expected to be unveiled within days.

For now, people can only hunker down at home.

One chief minister, in Telangana state, in the center of the country, threatened to issue “shoot on sight” orders if people did not take the lockdown seriously.

In the Andamans, Jagadishan, a taxi driver who uses only one name, has been cooped up in his house in Port Blair, longing to “walk past the sea and smell fresh sea air.”

“All shops are shut, not even groceries or chemists are open,” he said, which should not be the case, according to the government’s rules. “The uncertainty is killing me.”

The lockdown includes schools, offices, factories, parks, temples, railways, even the airspace. To impose social distancing where people are ordinarily squeezed together, exempted businesses and the authorities are looking to devise solutions.

In the city of Meerut, the police began shaming people caught evading the lockdown, forcing them to hold signs — later posted on social media — stating they did not care about protecting society.

Outside Mother Dairy, a national milk cooperative, shopkeepers drew circles and squares on the pavement using chalk to indicate where people should stand and wait.

In Veergaon, a farming village in central Maharashtra state, a few farmers were still tilling the fields. But many stayed indoors, in small cramped houses with sheet metal roofs.

“They fear the disease,” said Kapil Wagarhande, a villager.

During his address on Tuesday night, Mr. Modi spoke forcefully about the dangers of social interaction and how Indians must make big, immediate sacrifices. Mr. Modi remains widely popular in India. In many quarters, what he says goes.

“Everybody appreciates the steps taken by Modi ji,” said Kailash Dhoot, a textile trader in Mr. Modi’s home state of Gujarat, using a term of respect. “Of course people are facing problems like how to spend the whole day. What do you do?”

Still, rumors and misinformation have led to the closure of essential businesses and the harassment of citizens, outcomes that the government likely did not intend.

Gaurav Gupta, chief operating officer of Zomato, one of the country’s largest restaurant delivery services, said his couriers had been turned back and in some cases detained by the police, despite clear orders from the government permitting such deliveries.

In a video message, Sandeep Nangia, president of a pharmacists’ association in New Delhi, said the police were “raining sticks” on pharmacists for trying to do their jobs.

Doctors and airline employees have reported landlords forcibly evicting them as “dirty” tenants.

Amrita Saha, an employee at IndiGo, India’s largest airline, said her neighbors in Kolkata were spreading rumors that she had the coronavirus and harassing her mother, who lives with her.

“She cannot go to the market to buy groceries, because people are refusing her, saying, ‘Your daughter has the corona and you might also have it,’” Ms. Saha said in a recent video, nearly in tears.

An association of doctors in New Delhi wrote to India’s home minister, Amit Shah, on Tuesday, urging the government to protect medical personnel from home eviction.

“Many doctors are now stranded on the roads with all their luggage,” the letter read.