Indianapolis Colts will discuss social impact instead of practice today 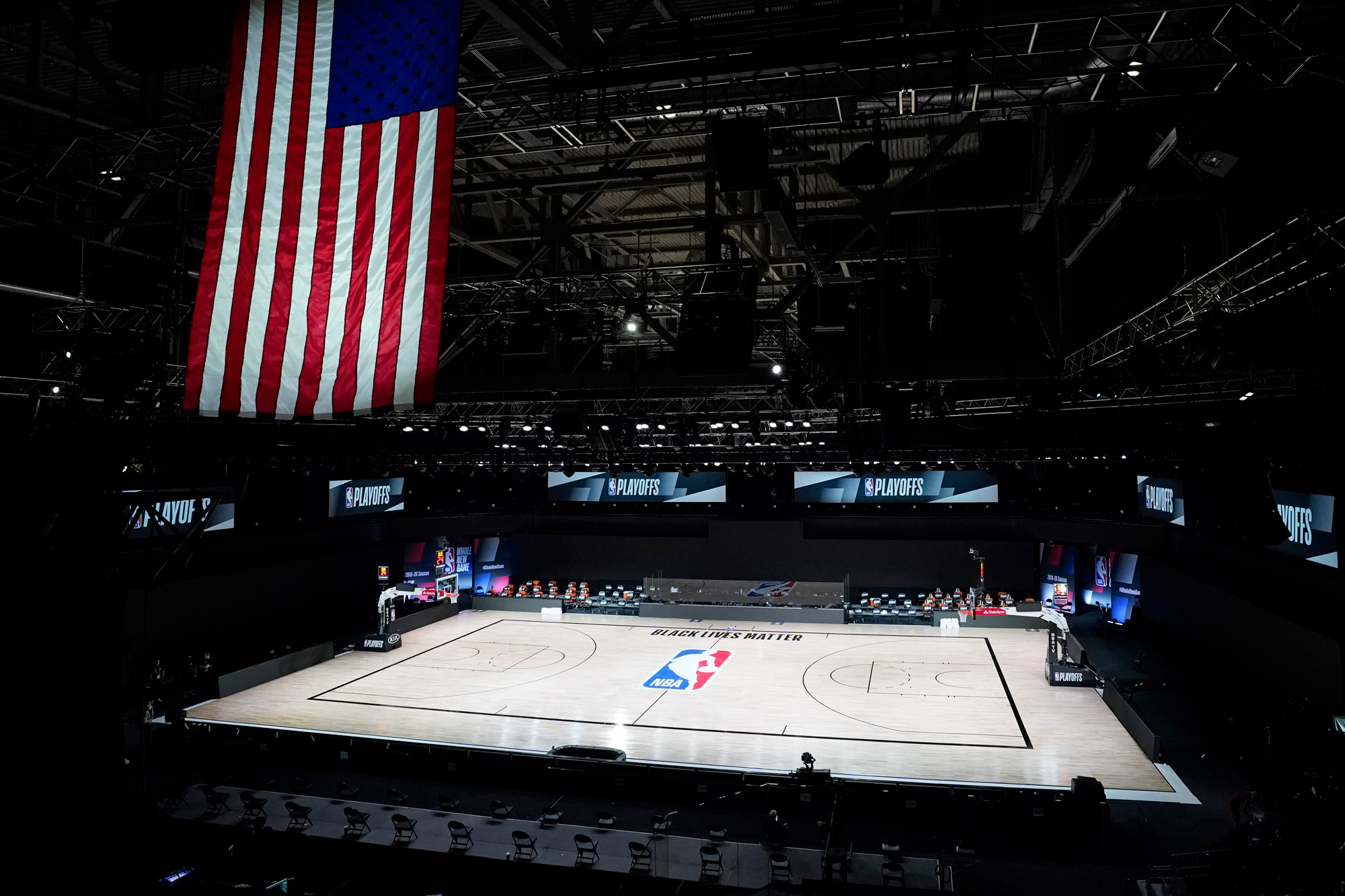 The court sits empty after a postponed NBA basketball first round playoff game between the Milwaukee Bucks and the Orlando Magic on August 26 in Lake Buena Vista, Florida. Ashley Landis/Pool/AP

Multiple sports leagues have postponed games after players decided not to play following the police shooting of Jacob Blake.

Here’s a look at what games have been postponed so far:

NBA: The league put games on hold deep into its playoff schedule after Milwaukee Bucks players decided not to take part in their Wednesday matchup.

WNBA: The three games set for Wednesday in the WNBA were also called off.

MLB: The protests reached the world of baseball too, with several players deciding not to take part in games on Wednesday. The MLB said it supported their decision in a statement on Wednesday night. The postponements included Milwaukee’s other major sports team, the Brewers, who were due to play the Reds.

MLS: Soccer was also postponed in the US on Wednesday, with several MLS players showing their solidarity with the Bucks online. The league’s Orlando-Nashville game kicked off on time at 7:30 p.m. ET, but all the games scheduled to start later were suspended:

Most leagues have more games scheduled for Thursday night, which are still set to take place.