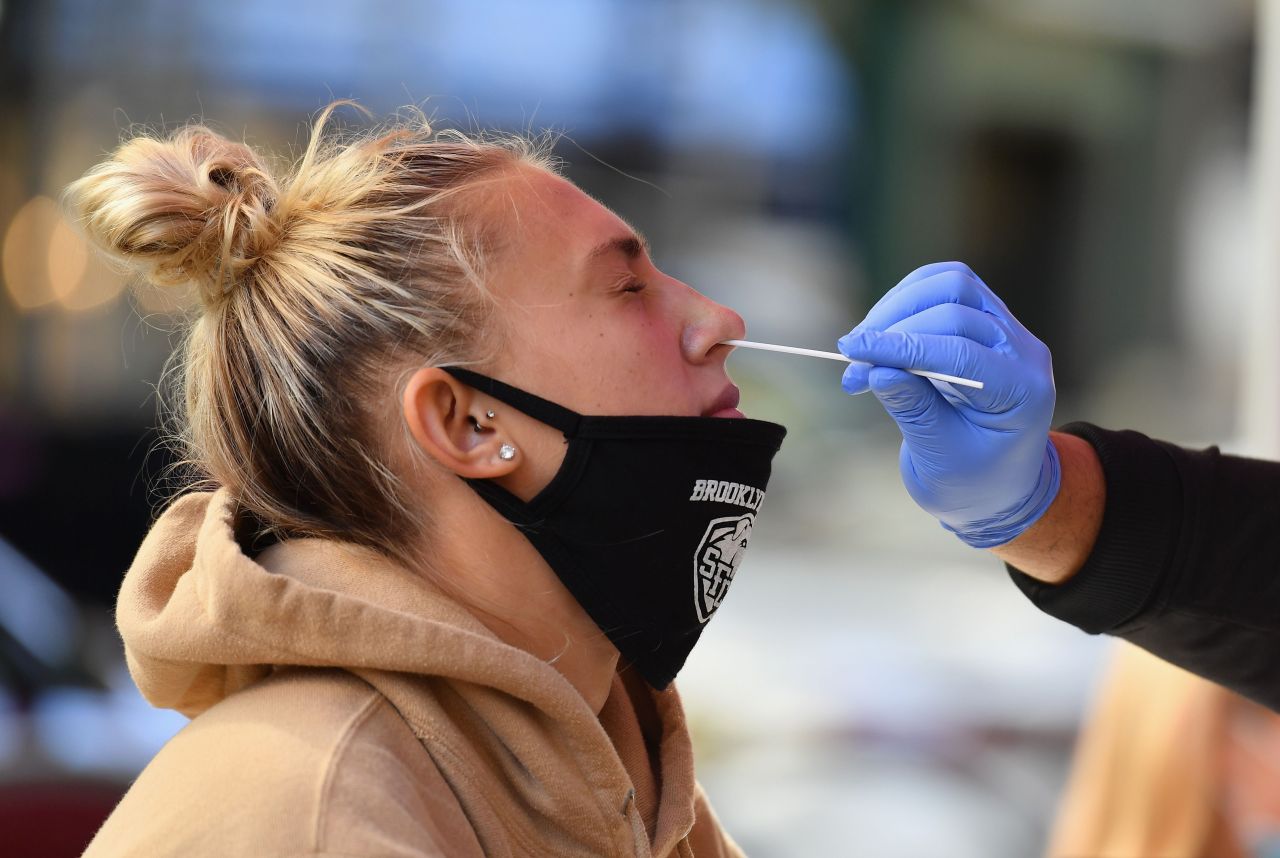 WASHINGTON (NEXSTAR) – The United States has passed an average of 50,000 new coronavirus cases each day as cases continue to rise nationwide. It’s a mark the country hasn’t seen since mid-August.

COVID-19 cases have been steadily increasing since September 12. As of Wednesday, the 14-day average in case increases was 21% as 45 states were labeled as seeing an increase in cases over the last two weeks, according to the New York Times.

This comes as record-high daily cases hit several European countries. Spain declared a state of emergency for Madrid amid increasing tensions between local and national authorities over virus containment measures. Germany offered up soldiers to help with contact tracing in newly flaring hotspots. Italy mandated masks outdoors and warned that for the first time since the country became the European epicenter of the pandemic, the health system was facing “significant critical issues” as hospitals fill up.

So is this the “second wave” of coronavirus cases everyone has been talking about?

“Given the fact that we have never got down to a good baseline, we are still in the first wave,” Fauci told CNN a couple weeks ago.

During the 1918 pandemic, the number of cases plummeted before exploding during the colder months later in the year.

“Rather than say, ‘A second wave,’ why don’t we say, ‘Are we prepared for the challenge of the fall and the winter?’” Fauci said.

Since the height of the coronavirus pandemic this past spring, experts have been warning about a second spike likely to hit the U.S. before the end of 2020. According to most experts, this could arrive as early as late October and hit its peak in December.

A highly-sourced model from University of Washington’s Institute for Health Metrics and Evaluation predicts a daily death toll around 940 on Election Day — which would be dramatically higher than the 700 a day we’re seeing now.

As we move into early December, the model shows deaths climbing to 1,500 each day before peaking at around 2,300 in late January.

“My feeling is that there is a wave coming, and it’s not so much whether it’s coming but how big is it going to be,” Eili Klein, an epidemiologist at Johns Hopkins University School of Medicine, told the Washington Post in September.

While deaths dropped 2% over the last two weeks, experts warn spikes in deaths typically lag far behind infection rates because of the virus’ extended incubation period.

The best way to avoid dying from the coronavirus remains to avoid getting it, and experience has shown that the simple measures advocated by public health officials work.

If more people stick with common-sense measures like closing bars, “we should improve our ability to manage this” and prevent more deaths, said Dr. Cyrus Shahpar, a former U.S. Centers for Disease Control and Prevention scientist now at the nonprofit group Resolve to Save Lives. “It should take longer to get to the next million if it ever happens.”