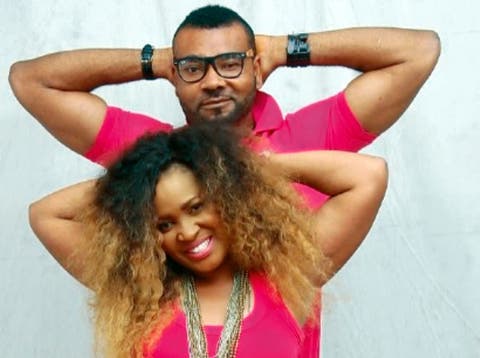 Speaking in an interview with Sun News online, she spoke of her 2016 split from Prince Eke, who she had married in 2011.

Contrary to the allegations of infidelity which Eke was said to have cited as the reason for the split, the singer claimed her ex-husband woke up one morning and decided he was walking out of the marriage to her dismay.

The mom of three said:

“I believe that one of the duties I have to fulfill here on earth is motherhood, and that includes getting married and building a family with a partner.

In fact, where I come from, we do not believe in divorce or separation. Coupled with my Christian background, it was a huge disgrace that my marriage failed; but God in heaven knows I did my best and the fault wasn’t from me.

If you have two partners and one wasn’t ready to settle down; and per adventure, you get involved and are willing to sacrifice everything to make sure the family works, but this partner just picks his bag and says, ‘I am done with this stage of my life, I am going kids or no kids!’

I was so shocked I called it the 8th wonder of the world. I never dreamed or imagined a situation where I, who has been so committed, was being treated so shabbily.

And the most devastating part of it was to have built a career for years which I put on hold just to kick-start something, and this person wakes up one day and says look ‘I can’t go on with this’.

Then I got the shocker of my life when I read in the news that I was frolicking with different men. That was the ultimate bullsh*t! I have always been a reserved person. I may look crazy and wild on the outside, but for a man to come up with such lies is outrageous!

I have never drunk alcohol nor prostituted since I was born, and even as a single woman, I never messed around with men. I have always been a focused person, and then suddenly someone is saying all these lies against me? It was a campaign of calumny.

He did not just say that, he went online and posted it just to dent the image I had built over the years. It was crazy!”