It’s 2020, so of course two tropical storms are coming to the Gulf of Mexico – Ars Technica 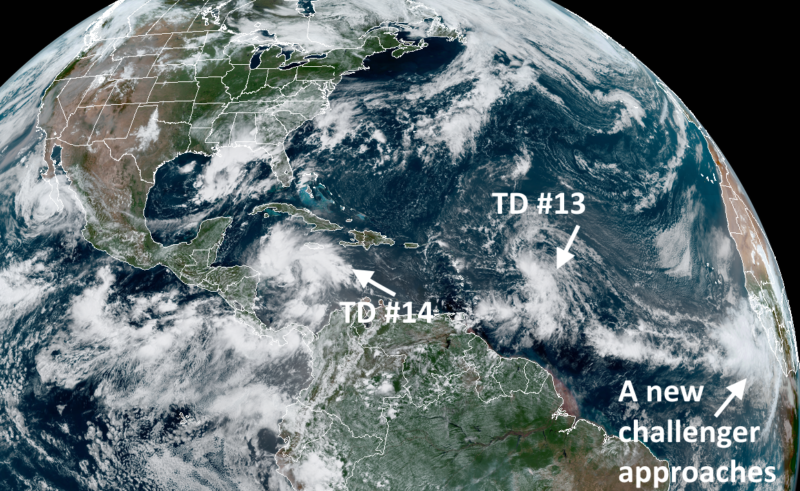 Enlarge / The African wave train has swung into motion for 2020.

21 with 20 posters participating, including story author

This Atlantic hurricane season has set all kinds of records. Most notably, we have already run through the “K” name, with Tropical Storm Kyle forming on August 14 off the coast of the Carolinas. This beat the earliest ever “K” storm, the highly memorable Katrina in 2005, by 10 days.

For all of the names being thrown about, however, most of these systems have been “fish storms,” remaining out to sea. And only two have developed into hurricanes, Hanna and Isaias, and neither of these progressed beyond Category 1 status. Scientists use a metric called Accumulated Cyclone Energy to measure the overall activity of a season, factoring in duration and intensity of storms. By this standard, 2020 has been quite active, but not extremely so.

But now we’re coming to the heart of the Atlantic hurricane season, which tends to ramp up in late August. This is when the tropical region between Africa and the Caribbean Sea typically reaches its most favorable for development with warm seas and fair winds. This allows for a “train” of storms to develop as atmospheric waves move off the western coast of Africa.

And that’s just what we’ve seen with the development of Tropical Depressions 13 and 14 during the last 24 hours. Neither system is guaranteed to become a hurricane—indeed, both have factors such as dry air and wind shear to contend with—but based on their anticipated tracks, we may see one or both of them in the Gulf of Mexico early next week. 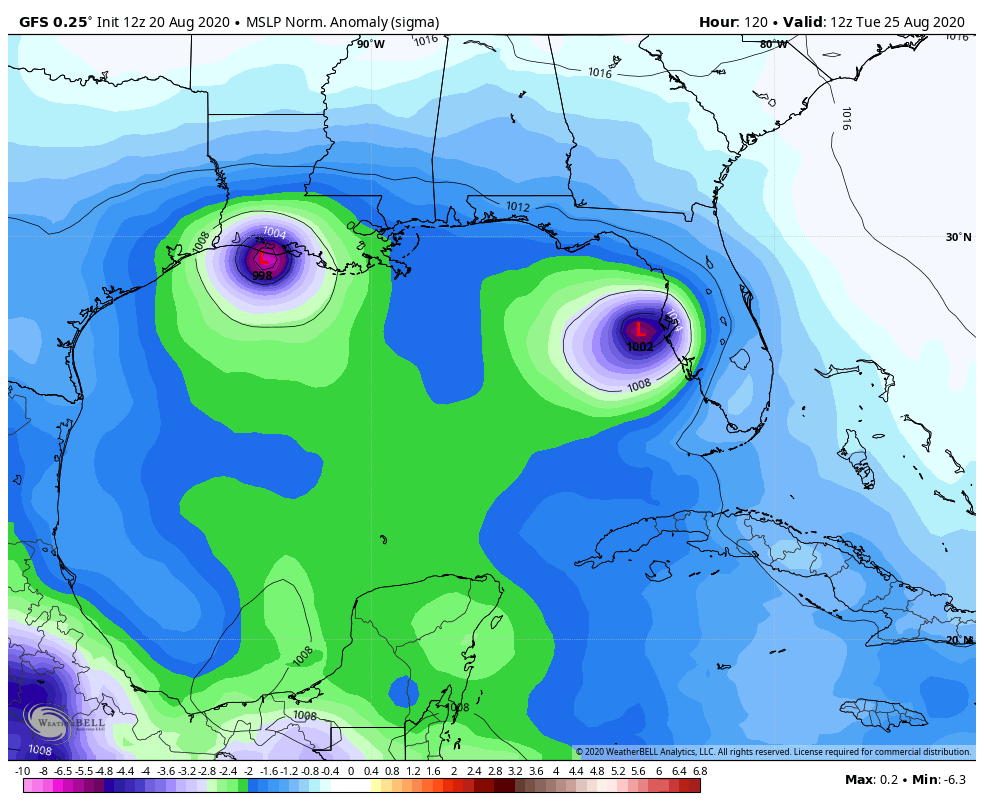 The 12z run of the GFS model from August 20 shows two tropical storms in the Gulf of Mexico early next Tuesday.
Weather Bell

It turns out that this would be quite rare. According to Colorado State University hurricane scientist Phil Klotzbach, there have been only two occasions in the last 150 years when there have been two systems in the Gulf of Mexico where both were at least of tropical storm strength. This occurred on September 5, 1933 (Treasure Coast and Cuba-Brownsville) and June 18, 1959 (Unnamed and Beulah).

At no time has there ever been two systems that were both hurricane strength. It is possible that these depressions reach hurricane status within the next five days, but as of Thursday morning, the National Hurricane Center is forecasting both to only become strong tropical storms. This being 2020, of course, all bets are off.

In any case, interests along the Gulf Coast from northern Mexico through Florida should watch both of these depressions closely. For now, at least, probably the biggest threat is heavy rainfall next week. But the tropics do love nothing more than surprising forecasters.