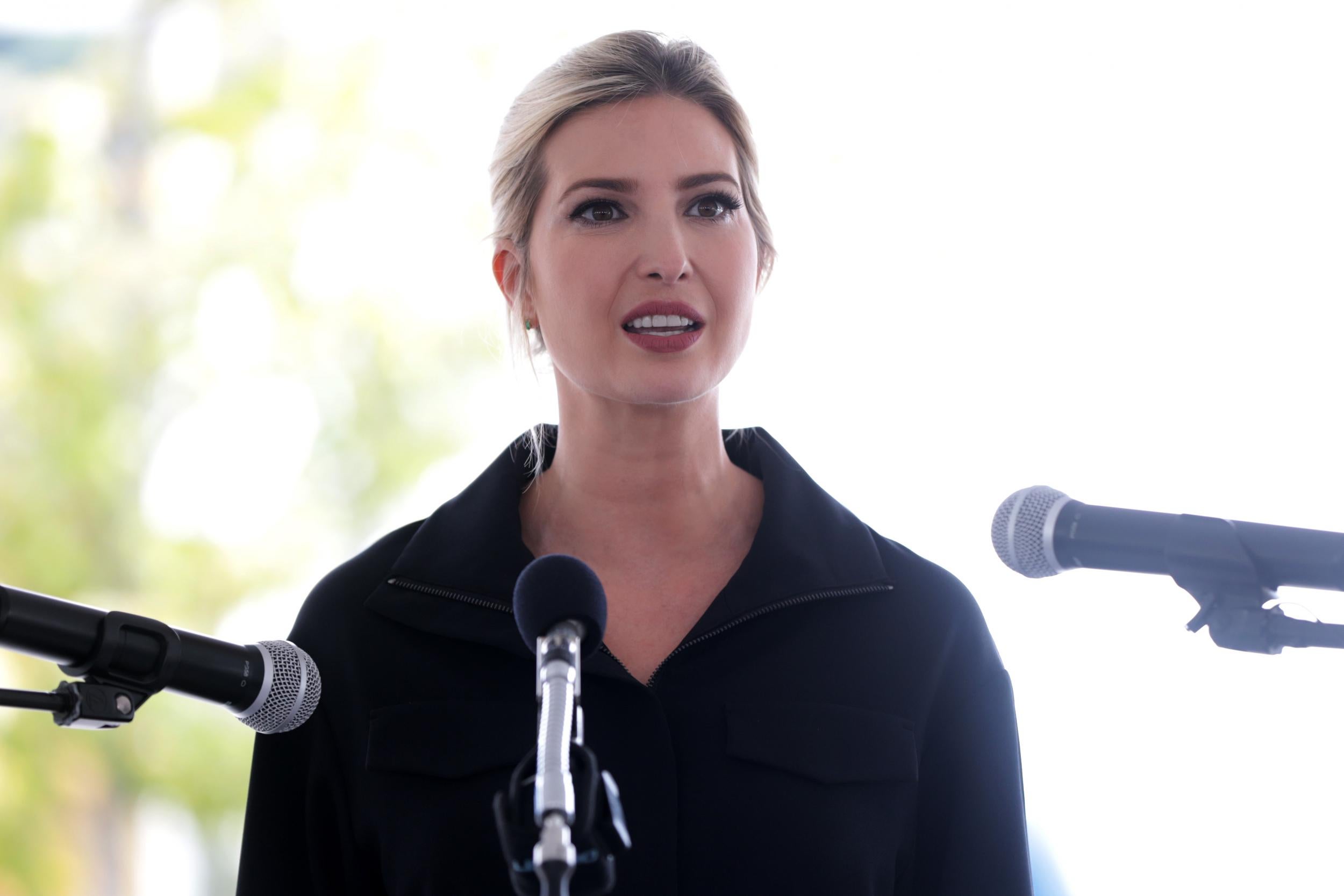 US presidential adviser Ivanka Trump’s praise of an Indian teenager’s bicycle ride home hundreds of kilometres away is drawing criticism in India for being insensitive to the plight of impoverished migrant workers struggling in a lockdown.

The girl, 15, carried her father on the back of her bicycle for about a week for 1,200km (750 miles), the two said on Saturday, one of the many out-of-work migrant families leaving the big cities for their homes in other parts of India because the shutdown has sapped their savings.

“Jyoti Kumari, carried her wounded father to their home village on the back of her bicycle covering +1,200 km over 7 days. This beautiful feat of endurance & love has captured the imagination of the Indian people and the cycling federation!” Ms Trump, daughter of Donald Trump, tweeted on Friday night.

India’s cycling federation, impressed with her endurance, has invited her for trials and said it could groom her into a cyclist, local media reported.

But opposition political figures, as well as some commentators, in the country of 1.3 billion said Jyoti’s desperate journey home because of a crippling transport shutdown was hardly something to celebrate.

“Her poverty & desperation are being glorified as if Jyoti cycled 1,200km for the thrill of it. Government failed her, that’s hardly something to trumpet as an achievement,” Omar Abdullah, a former chief minister of Jammu and Kashmir, tweeted on Saturday in response to Ms Trump’s message.

Health experts say India’s vast lockdown has helped limit the spread of Covid-19, but it has pushed millions who live on daily wages to the brink of poverty. After weeks of mounting criticism and tales of hardship, the government is now running trains and buses to help the migrants get home.

“This is not a feat of excellence. It’s a feat fuelled by desperation caused due to the callous attitude of the government,” said Kanti Chidambaram, an opposition member of parliament, about the teenager’s hard journey home.

Jyoti’s father, a rickshaw driver in north India, said he could not cycle because of an accident he had suffered months ago. With food and cash running out, his daughter decided she would ride him to their village in the eastern state of Bihar.

“Initially I had doubts because she is just 15, but I was wrong,” Mohan Paswan told Reuters by phone. “She asked me to sit on the bicycle and not pay heed to what people would say.”

They survived on biscuits and food that people gave them during the stops in the blistering Indian summer. Jyoti said she was happy she had brought her father home safely.

She declined to be drawn into controversy about Ms Trump’s post, saying: “I am very happy with the appreciation I am getting from all the corners.”