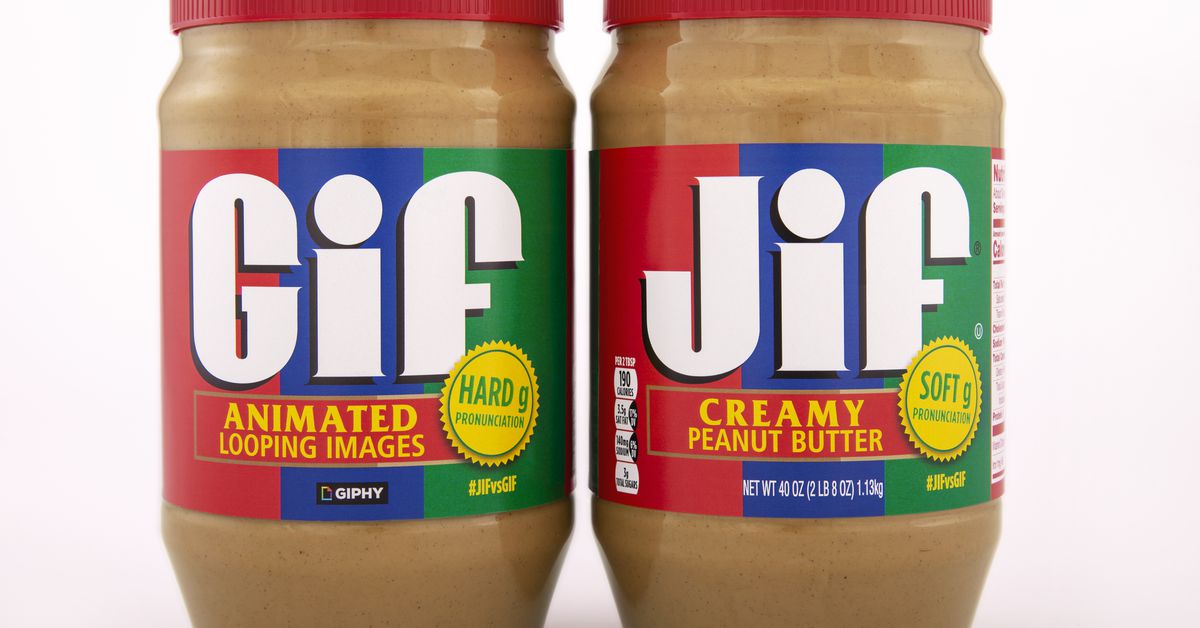 In another twist in the long-running debate about how to pronounce “GIF,” Jif peanut butter wants to make the case that it owns the soft “g” pronunciation while GIF should be said with a hard “g.”

The J.M. Smucker Company, which makes Jif, has teamed up with Giphy to release a special jar of Jif peanut butter that replaces the classic Jif branding on the label with “Gif.” The idea seems to be that the special edition jar should be placed next to a normal jar of Jif, like it is in the picture at the top of this post, to prove that there’s an obvious difference in how each word should be said.

This pronunciation has been a long and dumb internet debate. Facebook poked the beast in 2017 with a poll about the correct pronunciation, and even Hillary Clinton has weighed in: during the 2016 presidential election, she said GIF with a hard “g” while speaking at a fundraiser.

Personally, I agree that GIF should be said with a hard “g.” GIF stands for “Graphics Interchange Format,” and “graphics” has a hard “g” sound, so that should translate to the GIF acronym.

Regardless of what I, The J.M. Smucker Company, Giphy, or Hillary Clinton, think, though, we’re all technically wrong in the eyes of the creator of the GIF, Steve Wilhite. He declared in 2013 that the acronym “GIF” should be pronounced “Jif.”

But if you are a hard “g” stan or you really just want some peanut butter with a special label, you can buy one of those special edition jars of Jif on Amazon.