Biden and Vice President-elect Kamala Harris were declared the winners of the 2020 presidential election by the Associated Press and national television networks on Saturday, as they surpassed the 270 electoral vote threshold. President Donald Trump has refused to concede, baselessly claiming that the Democrats won through widespread voter fraud. While many world leaders have congratulated Biden and Harris, Putin has not.

“Congratulations to @JoeBiden and @KamalaHarris on the victory and to the Americans on defining the new leadership in a free and fair election. This is a privilege which is not available to all countries. Looking forward to the new level of cooperation between Russia and the US,” Navalny wrote in a Twitter post on Sunday.

Congratulations to @JoeBiden and @KamalaHarris on the victory and to the Americans on defining the new leadership in a free and fair election. This is a privilege which is not available to all countries. Looking forward to the new level of cooperation between Russia and the US.

Newsweek reached out to the Kremlin as well as the Russian Embassy in Washington, D.C., for comment, but they did not immediately respond.

Navalny was poisoned with a nerve agent in August. He is currently in Germany recovering. While Putin’s government has denied responsibility for the poisoning, Germany has threatened to issue sanctions against Russia if it does not carry out a full and transparent investigation. Navalny has blamed Putin directly, as has Biden.

Biden said in a statement posted to his campaign website: “Once again, the Kremlin has used a favorite weapon—an agent from the Novichok class of chemicals—in an effort to silence a political opponent. The mode of attack leaves no doubt as to where the responsibility lies—the Russian state. This outrageous and brazen attempt on Mr. Navalny’s life is just the latest incident in a long history of murder and poisoning of dissidents, investigative journalists, anti-corruption activists, and opposition leaders under the Putin regime.”

The president-elect vowed to “do what Donald Trump refuses to do: work with our allies and partners to hold the Putin regime accountable for its crimes.”

Newsweek reached out to the Biden campaign for comment on Navalny’s congratulatory tweet, but it did not immediately respond.

Mikhail Gorbachev, the last president of the Soviet Union, spoke favorably of Biden in comments to Russia’s Tass news agency on Sunday. He described the president-elect as “a well-known person with a lot of experience both in domestic and foreign policy.”

“I hope that Joe Biden will strive to normalize relations and recover trust between our countries. I am confident that this is in the interest of both America and Russia,” Gorbachev said. 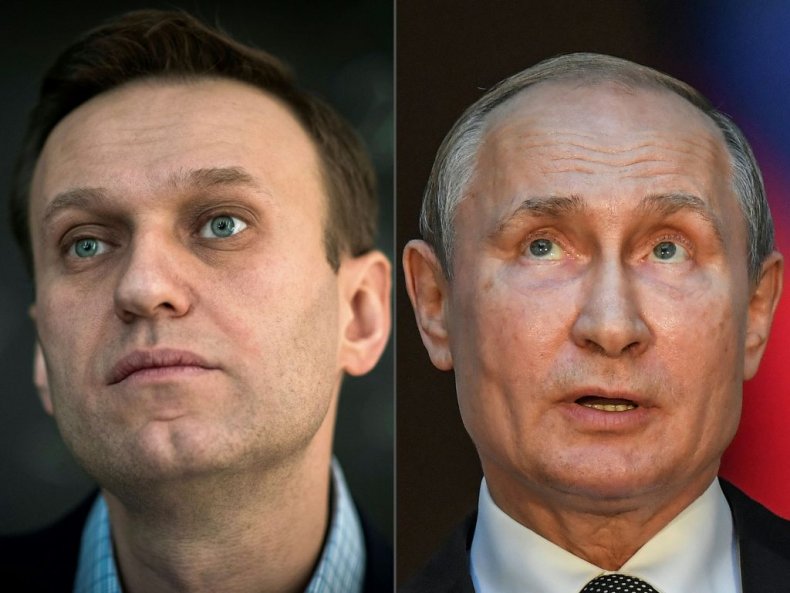 Following the 2016 election, Putin quickly congratulated Trump on his win over Democratic presidential nominee Hillary Clinton. “Putin expressed hope for joint work to restore Russian-American relations from their state of crisis, and also to address pressing international issues and search for effective responses to challenges concerning global security,” the Kremlin said in a statement at the time.

Trump has repeatedly spoken favorably of Putin and was pursuing a major real estate project in Moscow during his 2016 campaign—despite denying that he had business interests in the country. The first two years of his presidency were overshadowed by an investigation led by special counsel Robert Mueller into whether the president’s campaign conspired with the Russians to interfere in the 2016 election.

That investigation, along with U.S. intelligence agencies, concluded that Russia interfered in the election to benefit Trump’s campaign. Although multiple Trump campaign officials and associates were charged and convicted as a result of Mueller’s probe, the special counsel’s investigation did not conclude that Trump or his campaign colluded with the Russians.