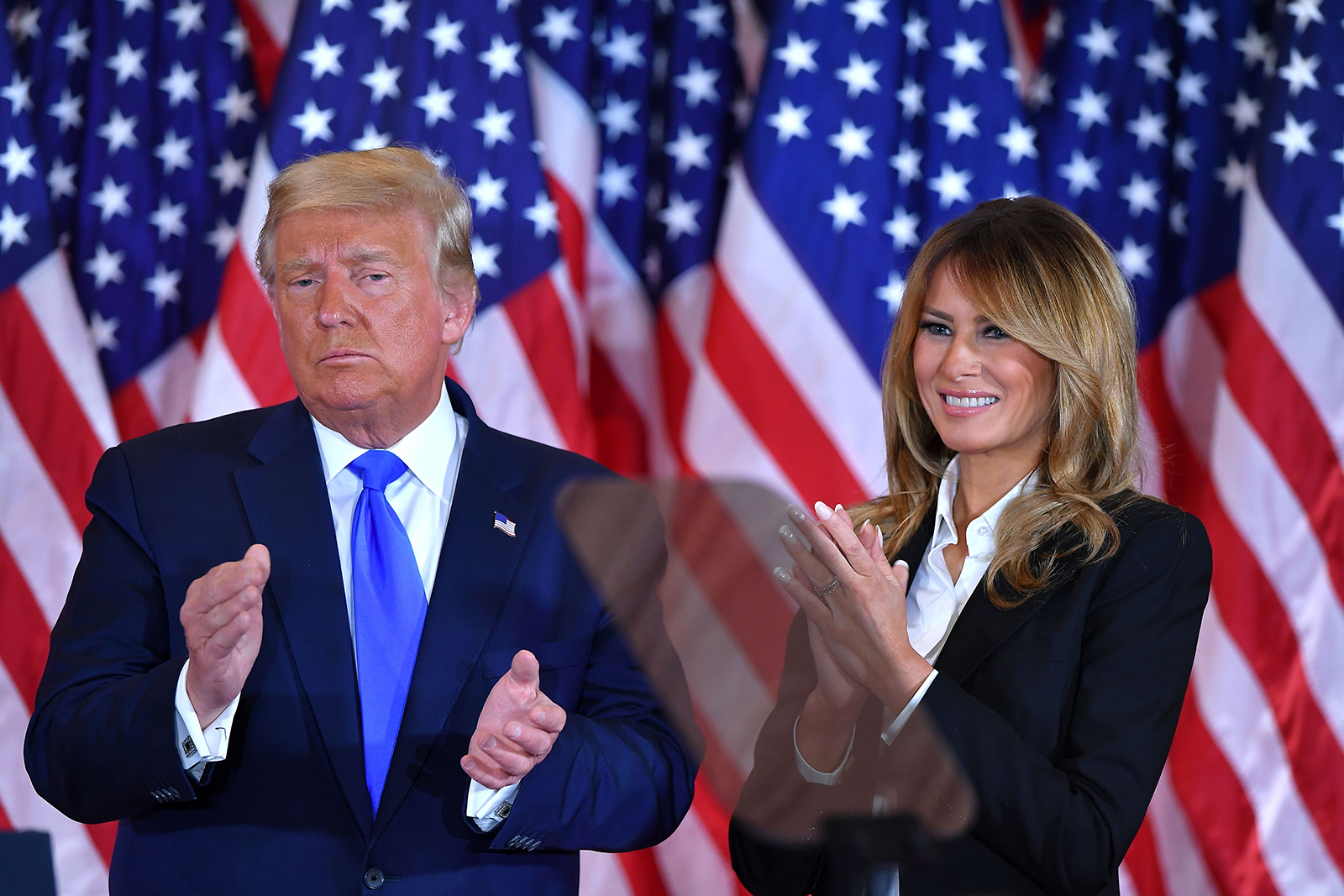 First lady Melania Trump is not expected to make any sort of public statement or comment today, neither in support of her husband’s efforts to challenge Joe Biden’s win, nor to acknowledge the Biden victory, a White House official tells CNN.

Behind the scenes, she has been “keeping to herself,” and she has not engaged in any strategy sessions with other Trump family members or senior administration officials, a source with knowledge of Trump’s activities tells CNN.

Trump has not been heard from publicly since Tuesday morning when she cast her ballot in Florida, telling reporters she felt “great.” While she appeared with President Trump at his Election Night remarks in the East Room, she said nothing.

The first lady is currently at the White House, according to the official.

On Friday, the first lady tweeted about “Be Best” in a message unrelated to the election. Unlike her stepchildren and her husband, Trump has not publicly uttered or indicated anything about the election, which is notable for a first lady.