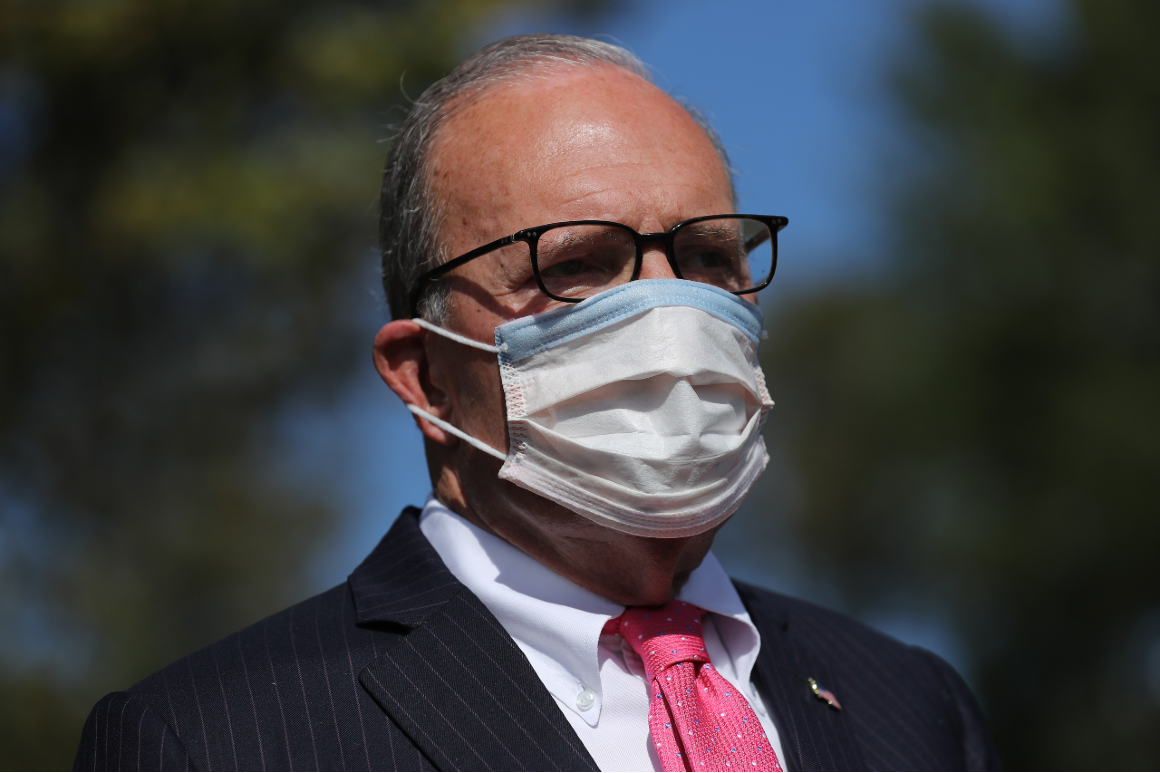 “President Trump actually has always said … as far as the key elements are concerned, the checks, the unemployment assistance, the small business assistance —we have got to help airlines out — he would go further,” Kudlow added. “So, I think Secretary Mnuchin, who is a very good negotiator, will be carrying the president’s message,” Kudlow added.

Trump sent mixed signals recently on a broad coronavirus stimulus. The president abruptly cut off relief talks with Pelosi last week, saying his administration wouldn’t negotiate until after the election. But soon after, Trump called on lawmakers to approve individual relief measures, including another round of stimulus checks and aid to airlines.

In an interview Friday, Trump said he “would like to see a bigger stimulus package frankly than either the Democrats or Republicans are offering.”

A daily play-by-play of congressional news in your inbox.

His comments came in response to a new $1.8 trillion offer by Mnuchin to Democrats. In a letter to House Democrats on Sunday, Pelosi rejected the latest offer, arguing it “does not meet the health needs” of the pandemic. Pelosi added that until a bevy of differences on what is in the packages can be bridged, “we remain at an impasse.”

Kudlow, meanwhile, downplayed Senate Republican opposition to a new multitrillion-dollar stimulus and indicated the GOP would go along if a deal were struck between the White House and Democrats.

“Don’t forget, the Republicans in the Senate put up their own bill a few weeks ago and got 53 votes, I think it was. So, they united,” Kudlow said. “I think, if an agreement can be reached, they will go along with it.”

During the interview, Kudlow and host Jake Tapper sparred over the political dynamics of passing another large coronavirus aid package. Kudlow blamed Democrats for holding up a deal, but Tapper pressed the White House economic adviser on entrenched resistance from Senate Republicans.

“I don’t understand the intransigence from my Democratic friends,” Kudlow said.

“Well, I’m not talking about your Democratic friends,” Tapper replied. “I’m talking about 20 Senate Republicans who were mad at Secretary Mnuchin and saying that the proposal of $1.8 trillion was way too much. They called it a death knell.”

Many Republicans have also raised the specter of an expanding budget deficit after lawmakers enacted trillions in pandemic aid in the spring. The Senate GOP rolled out a narrower relief bill in September, but the measure was blocked by Democrats.