Lady exposes fiance, who went to a Facebook group for singles to advertise himself for a relationship

A lady identified as Nsroma Papabi has exposed her fiance, who went to a group for singles on Facebook, to look for a new relationship. 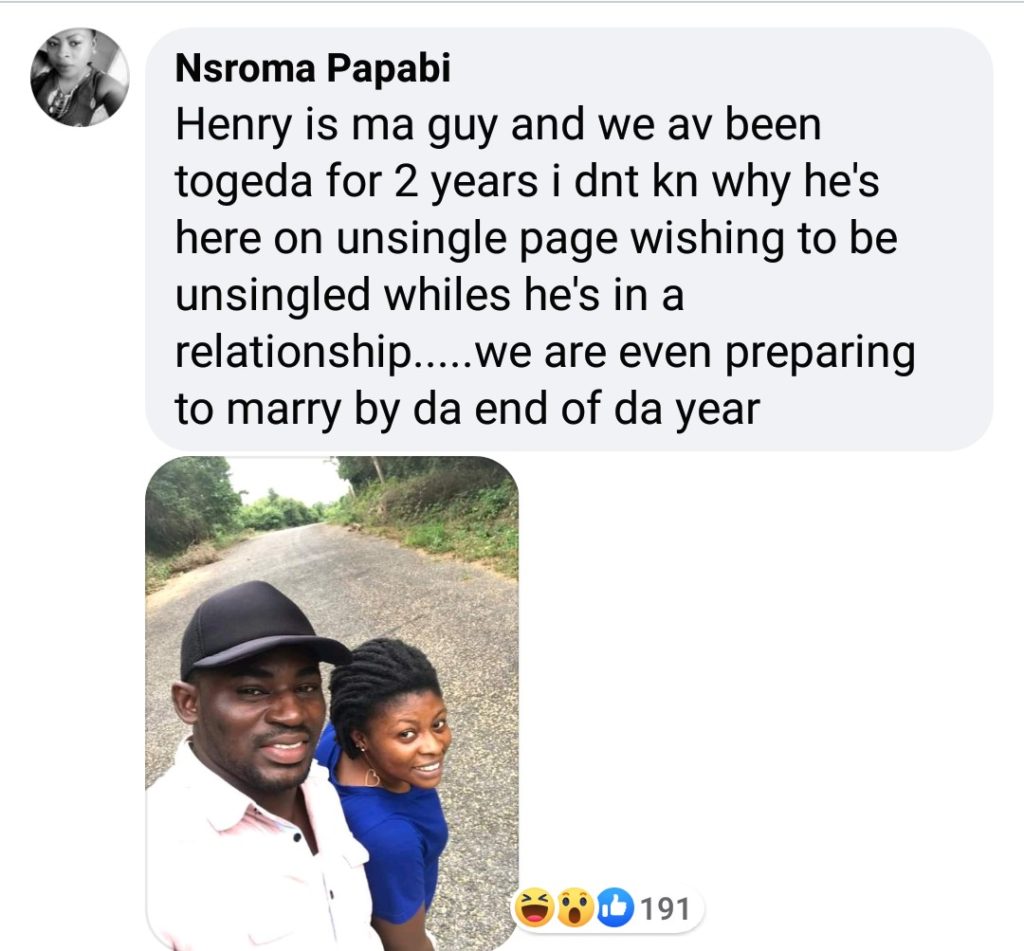 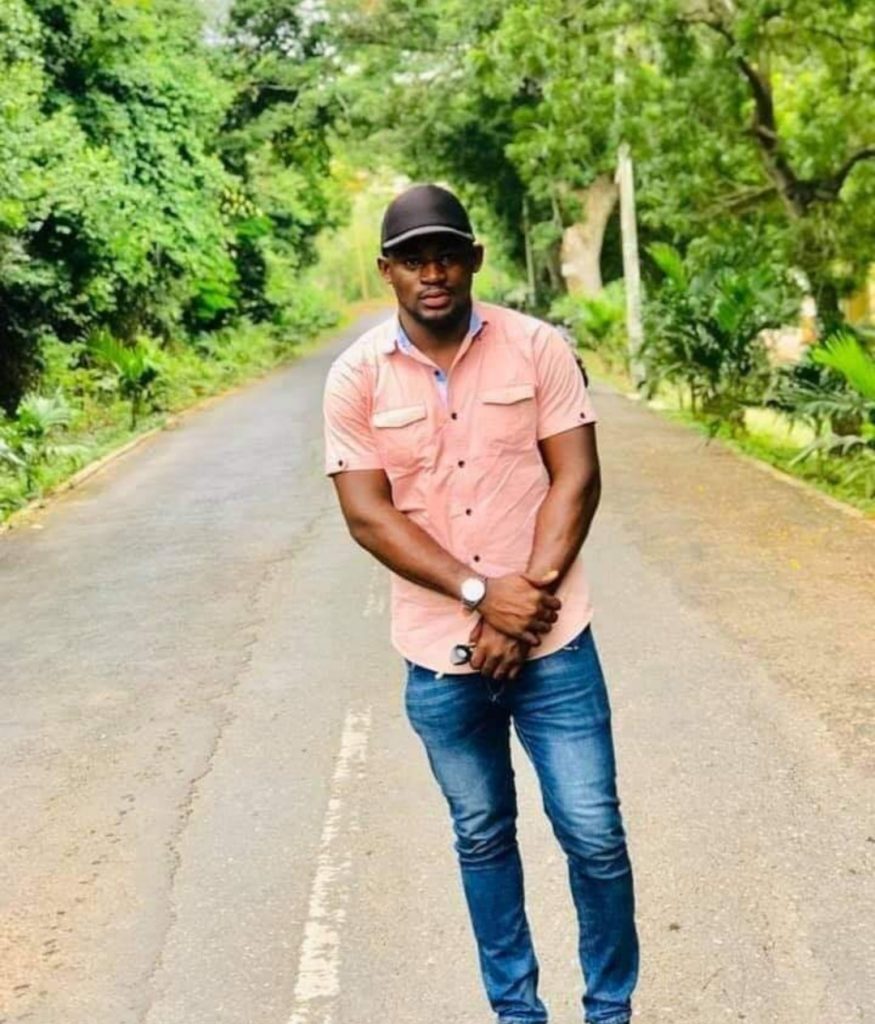 Her fiance, Henry joined the group and announced that he needs friendship, adding that he doesn’t mind if the friendship leads to a relationship.

On seeing his post, his heartbroken fiancee exposed him on the group, saying they’ve been dating for two years and preparing for their wedding this year.

She went on to say that, she doesn’t know why he had to search for a new relationship on a Facebook group while planning wedding with her. 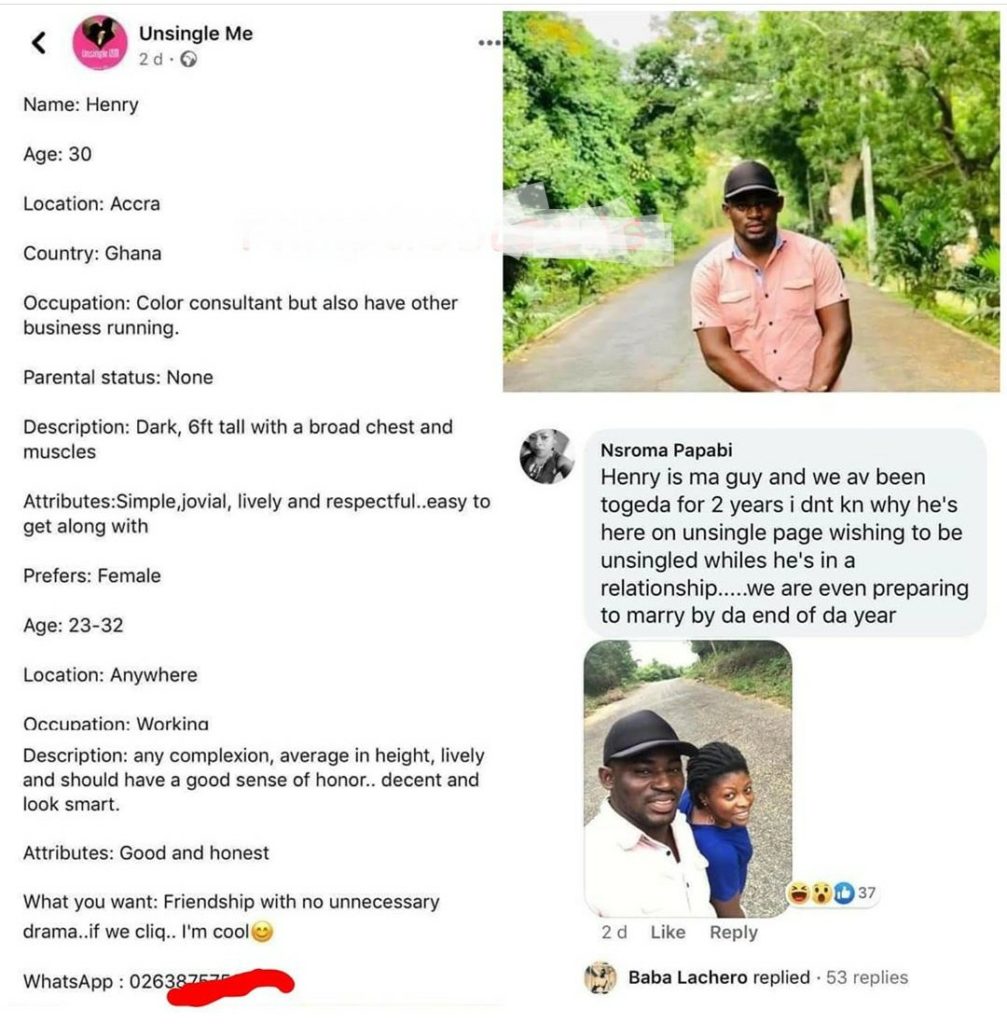 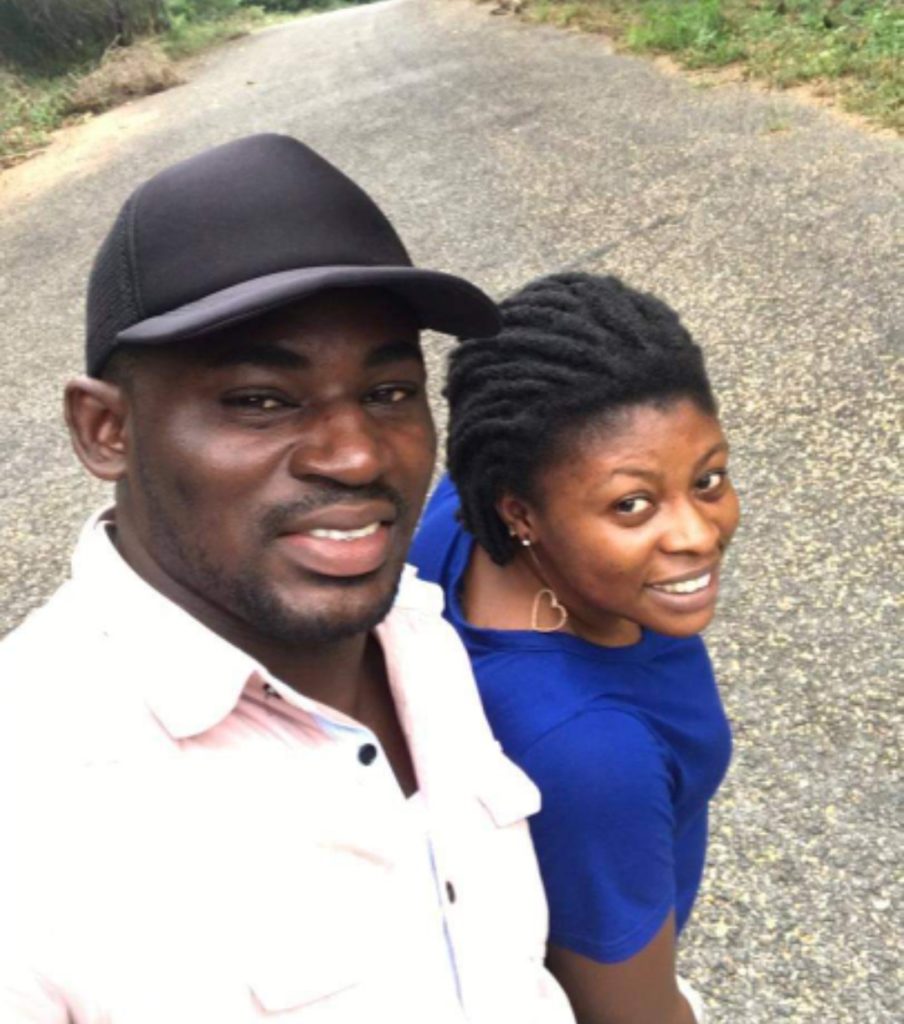