Lekki shooting traumatized me, I have not slept – Burna Boy reveals

Popular Nigerian singer, Burna Boy has reacted to the shooting of peaceful protesters by the Nigeria military at the Lekki tollgate on Tuesday, October 20th. 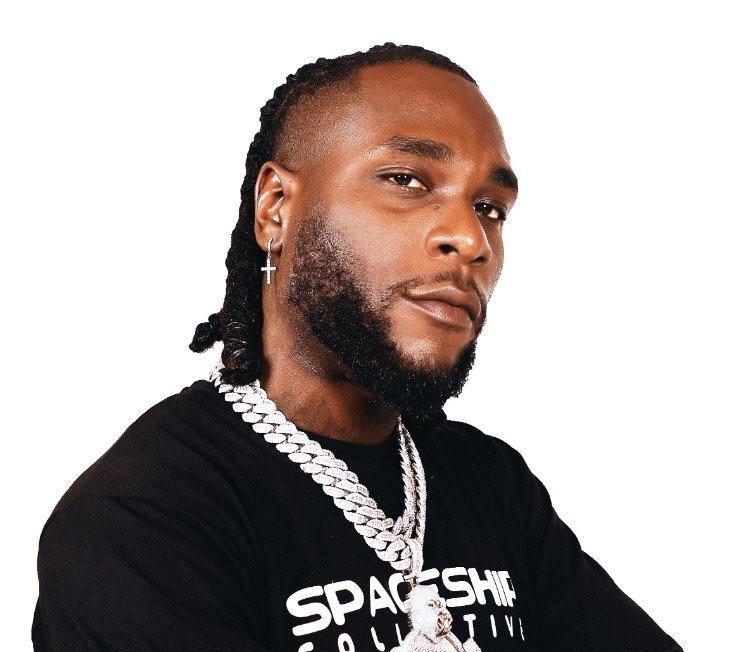 According to the self acclaimed African giant, the sad incident has continued to traumatize him and has not been able to sleep.

The Ye crooner, in the early hours of Friday, took to Twitter to recount how he feels since the incident happened.

“I HAVE NOT SLEPT since 20/10/2020. I close my eyes and all I see is Lekki toll gate. I’ve seen a lot of Violence and death in my Life but this is the one that has Traumatized me.” 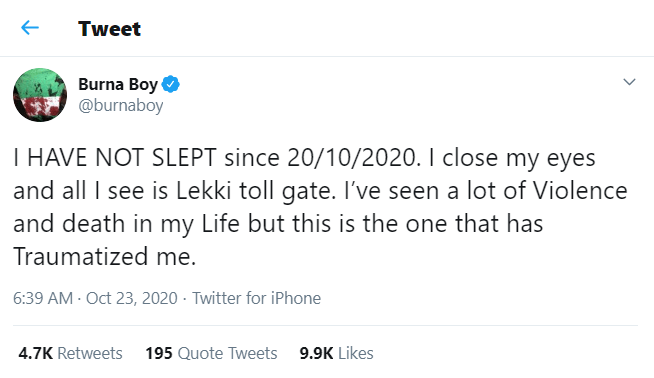 However, the Nigerian army has strongly debunked claims that it opened fire on #Endsars protester in the Lekki-Ikoyi area of Lagos state.

No fewer than 50 people were allegedly shot at and injured during the peaceful protest in Lekki on Tuesday evening by fully dressed military men.

However, in a Twitter post via the military’s official page, the Nigerian Army denied deploying their men to the location or having anything to do with the said shootings.