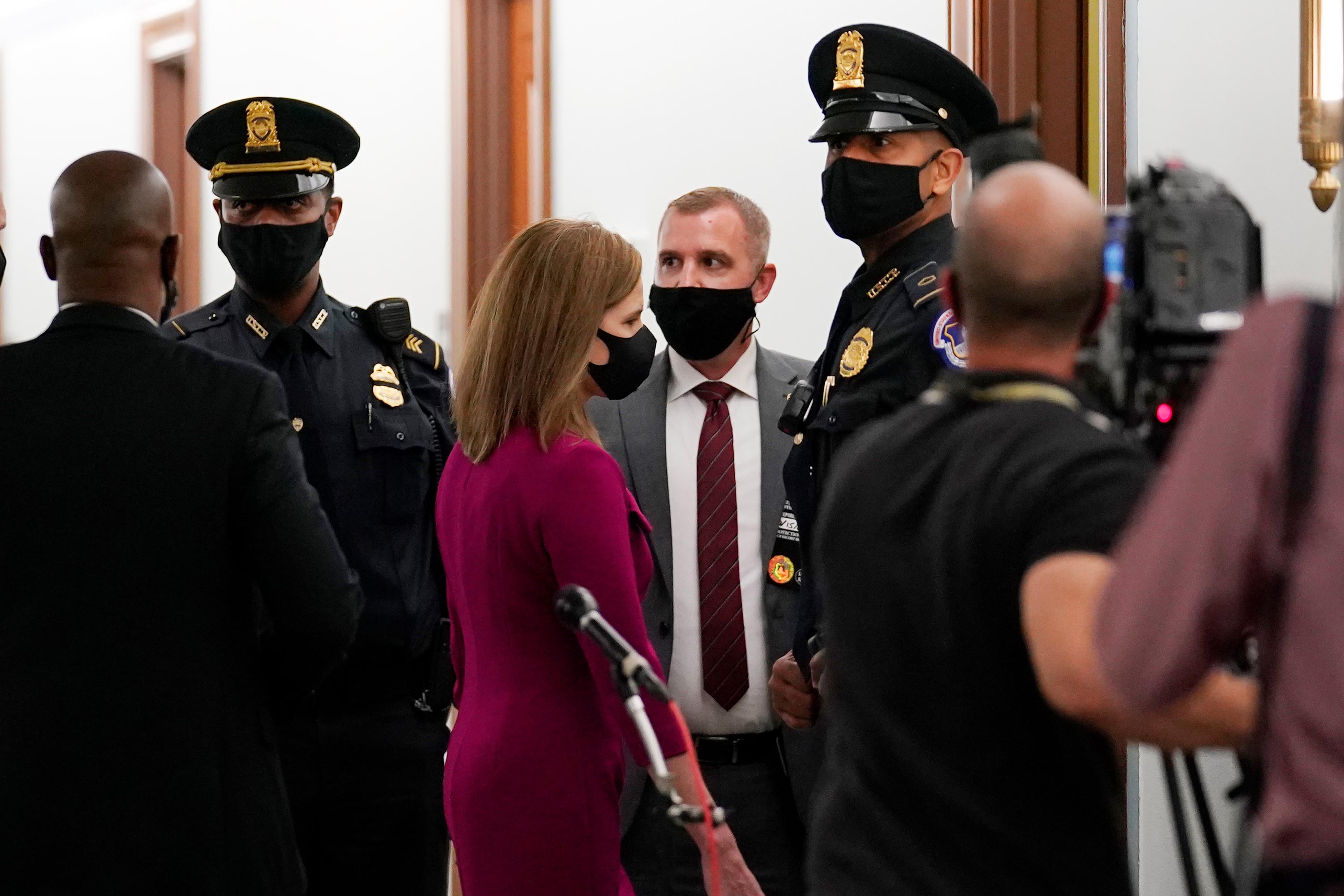 When Judge Amy Coney Barrett delivers her opening statement today to the Senate Judiciary Committee, she’ll focus on how her family, an upbringing modeled on service and faith and her mentor, the late Justice Antonin Scalia, influenced her opportunity to be nominated to the Supreme Court.

Barrett, who clerked for Scalia, will say it was his “reasoning” that shaped her and that his “judicial philosophy was straightforward: A judge must apply the law as written, not as the judge wishes it were,” according to a copy of the statement released Sunday in advance of the hearing.

The late justice, she is expected to say, taught her more than just law and he was “devoted to his family, resolute in his beliefs, and fearless of criticism.”

Throughout her legal career, Barrett says in the prepared remarks, she resolved to maintain the same perspective as Scalia.

“There is a tendency in our profession to treat the practice of law as all-consuming, while losing sight of everything else. But that makes for a shallow and unfulfilling life,” Barrett says, according to the copy of her remarks. “I worked hard as a lawyer and a professor; I owed that to my clients, my students, and myself. But I never let the law define my identity or crowd out the rest of my life.”

Nominated by President Trump last month to the nation’s highest court to fill the vacancy on the bench following the death of Justice Ruth Bader Ginsburg, Barrett will praise the late justice for opening doors — even though the two women are ideological opposites.

“I have been nominated to fill Justice Ginsburg’s seat, but no one will ever take her place,” Barrett will say. “I will be forever grateful for the path she marked and the life she led.”

For all the reasons that Trump sees Barrett as a potential successor to Ginsburg, Democratic senators and liberal advocates have long been poised to oppose her, warning particularly that she could roll back abortion rights and invalidate the Affordable Care Act.

Barrett, the mother of seven children, was a finalist for the Supreme Court spot that went to Brett Kavanaugh in 2018. She is a proven conservative with a compelling personal story.