Longtime restaurant goes up in flames

Thanks for reading! Log in to continue.
Enjoy more articles by logging in or creating a free account. No credit card required.
{{featured_button_text}} 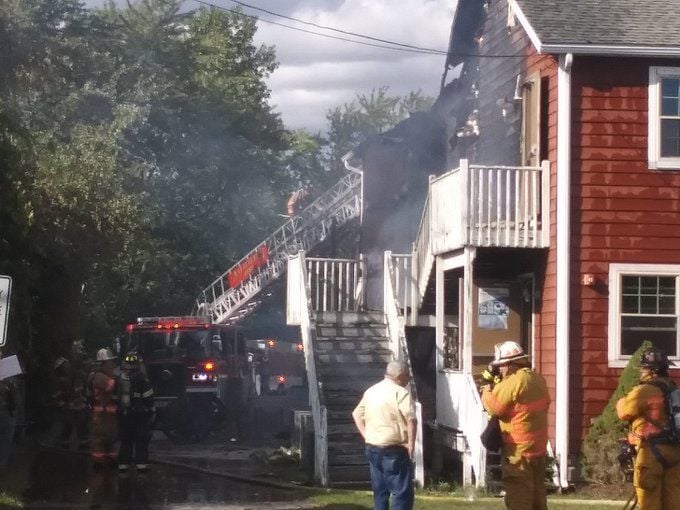 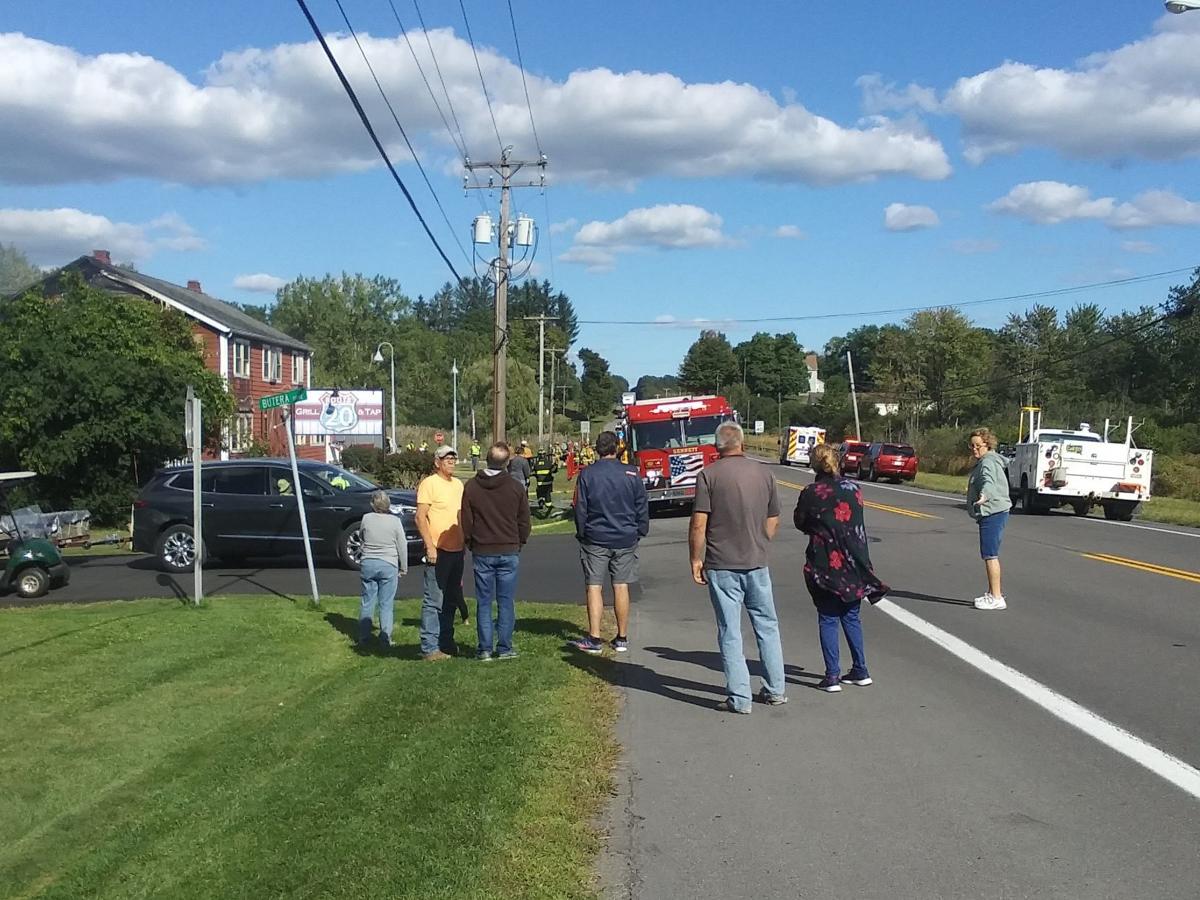 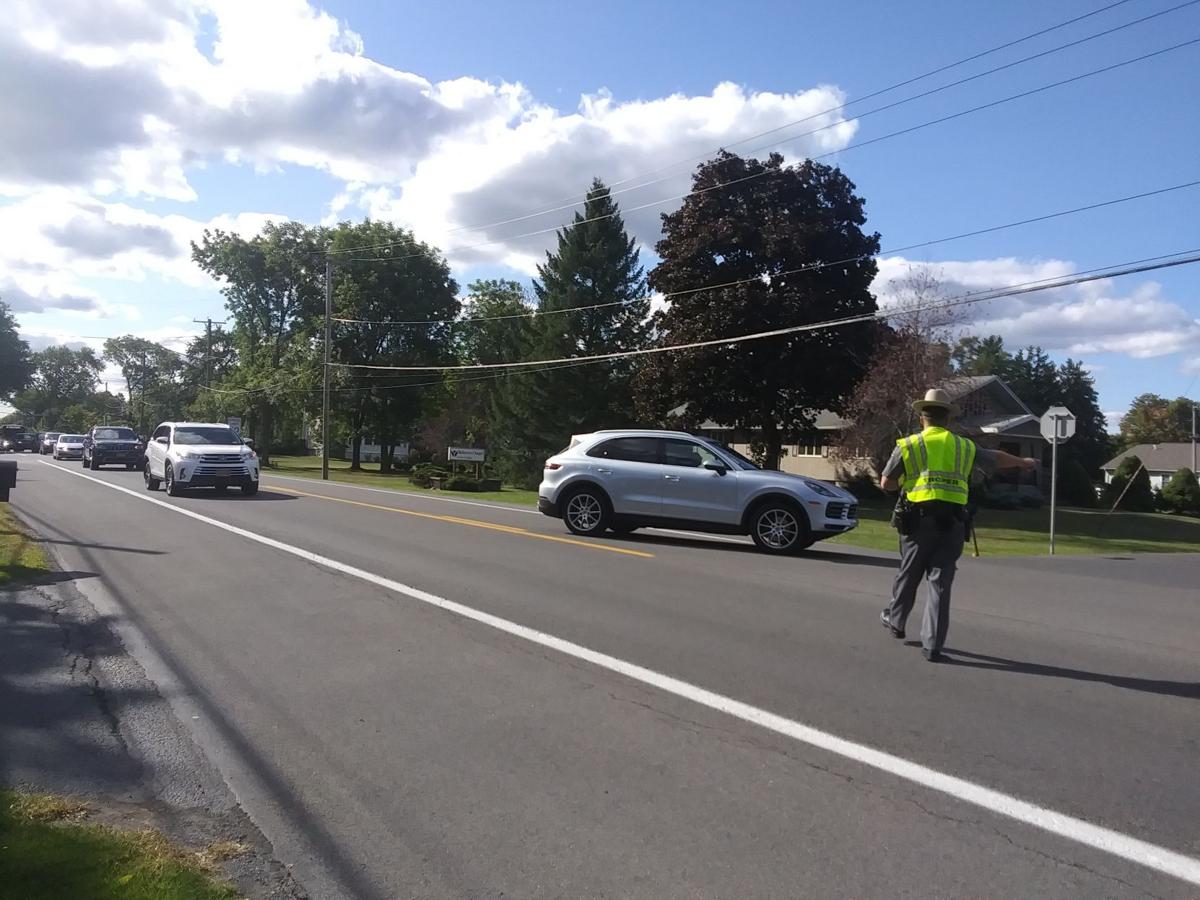 Traffic on Route 20 is routed around the scene of the fire. 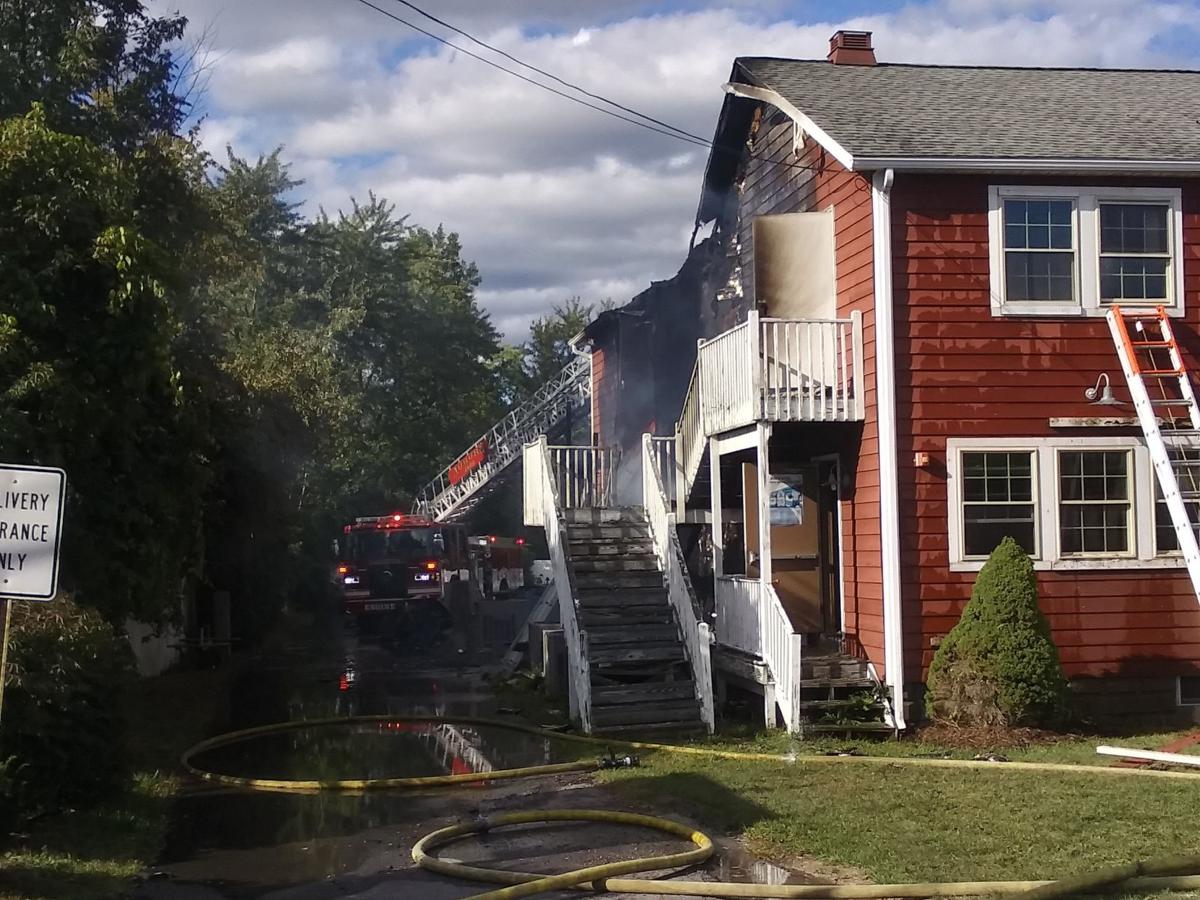 SENNETT — Fire caused extensive damage Friday at Route 20 Grill & Tap, a restaurant just outside of Auburn that traces its roots to 1904.

The restaurant at 3193 E. Genesee St. Road, Sennett, was reported to be fully involved in flames shortly after 3:30 p.m. Friday and part of an exterior deck collapsed shortly after firefighters arrived.

Firefighters initially entered the building and fought flames from the first and second floors before being evacuated from the second floor as a safety precaution.

Flames were reported to be seen in the roof of the building just after 4 p.m. Later, fire couldn’t be seen but plenty of smoke could. The smell of it drifted at one point toward a crowd that had congregated nearby. One part of the building was severely charred and could be partially seen through. A firefighter opened a door on an upper floor of that side, which appeared to have prompted a steady stream of water to fall out for several seconds. The puddles collected on the dirt driveway by the building became so large that firefighter’s boots caused visible splashes.

Officials closed traffic in both directions on Route 20 near the fire scene between Kenwood Road in Auburn and Walker Road in Sennett. The state Department of Transportation said the road reopened a little before 6 p.m.

Fire investigators were requested to respond to the scene. The fire was reported to be out at about 4:40 p.m.

The Route 20 Grill & Tap has been open since April 2018, the fourth different restaurant to open in the space after it had been the home of a single restaurant for about a century.

After the iconic Pioneer Restaurant closed at the site where it opened in 1904, a group of investors bought the property and renovated it in 2006 with plans to open a new restaurant. But the business, which would be called Bonca’s, didn’t open until 2008 because of extensive legal battles with the town government related to its zoning.

Those legal fights continued after Bonca’s opened and eventually closed. Bonca’s owners sold the property in 2012 and the new owner launched Bucket BBQ in 2013, but it too would close. Red Barn Catering opened in 2016 but closed after about a year, and then Route 20 Grill opened.

Route 20 Grill & Tap in Sennett is damaged by fire Friday.

Firefighters go in and out of Route 20 Grill & Tap in Sennett during a fire Friday.

Various emergencies are outside Route 20 Grill & Tap in Sennett during a fire Friday.

Various emergency vehicles are lined up along Route 20 during a fire at Route 20 Grill & Tap in Sennett Friday.

Route 20 Grill & Tap is damaged by a fire in Sennett Friday.

Traffic on Route 20 is routed around the scene of the fire.