A Nigerian doctor has recounted the interestingly odd encounter with a lung cancer patient at a hospital. 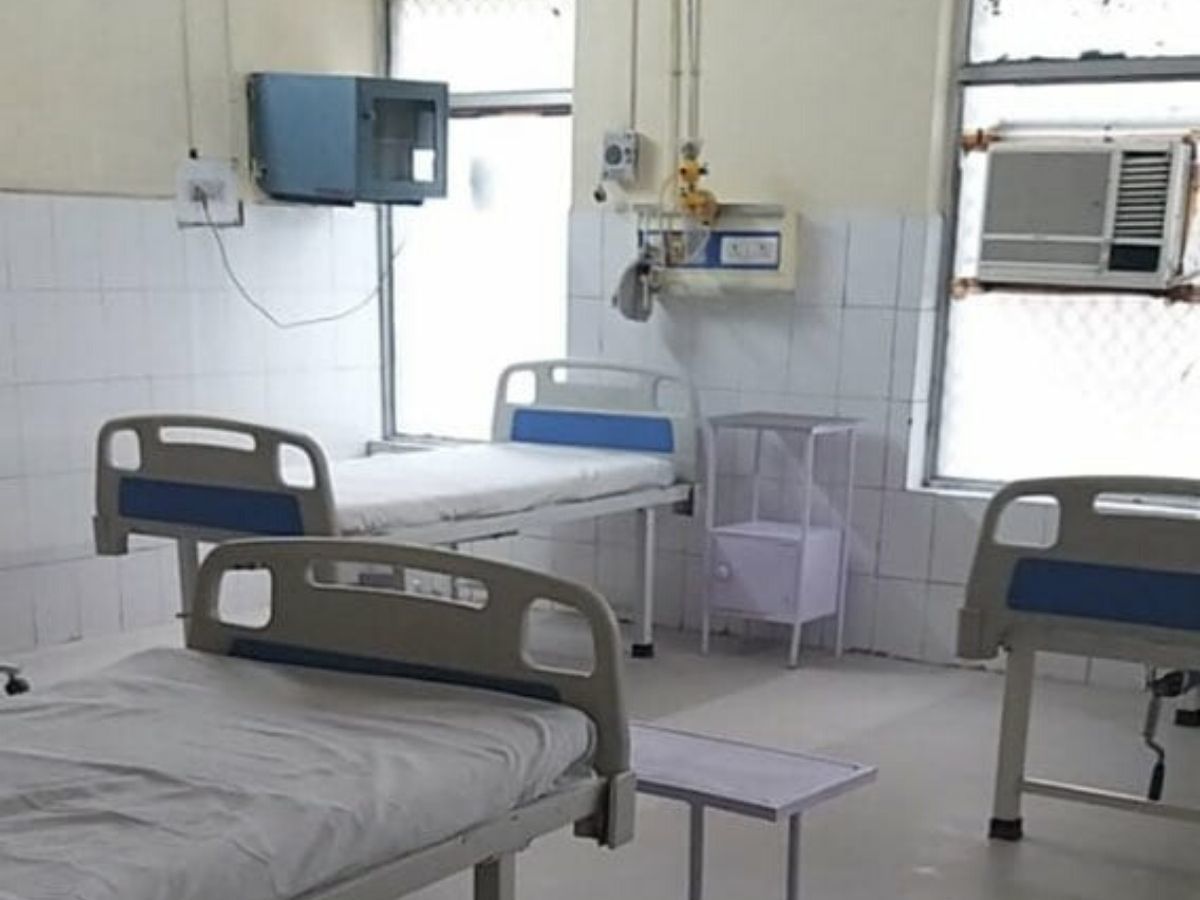 The doctor Identified as @drpenking on Twitter, revealed that the patient who has lung cancer attempted to sneak out as early as 5am to smoke.

He said the patient tried heading to the back of the ward to attempt smoking weed (Igbo) but was intercepted in the process.

@Drpenking who highlighted what doctors usually go through, pointed out that “Nigerian patients will frustrate you.”

“Patient with Lung Cancer was caught sneaking behind ward to smoke igbo by 5 a.m. Nigerian patients will frustrate you.” 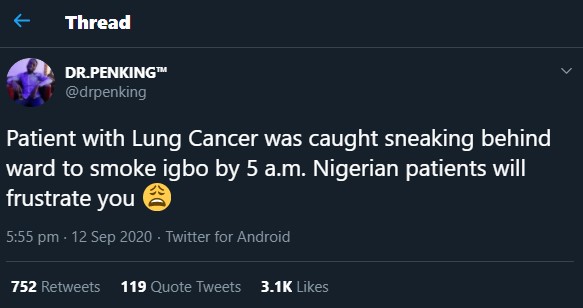 In other news, Another medical doctor identified as Drlotenna on Twitter, recently took to the platform to recount the story of a female doctor, that was beaten and stabbed by a patients father on the claim that she was wasting his child’s blood.

Drlotenna narrated the ordeal, as he discussed the “hazards” medical doctors are exposed to.

“The kind of hazards Drs are exposed to is staggering! In Nigeria, added to the well known hazards, we have assault from patient relatives added! A female Dr was slapped & stabbed with a syringe (of unknown origin & use) in our Children Emergency by a patient’s father. For what?

“The young Registrar on call took a blood sample from the man’s child and asked him to take it to the lab. The lab scientists (as they sometimes do) said the sample was inadequate. The man returned angry. “Where is that Dr that is wasting my child’s blood?” Gbas gbas gbos.

“The hospital needs to have a policy on assault on doctors. These things keep repeating! A dr once had to have CT scan done 2 rule out head injury after being assaulted by patient’s relatives. Drs have to feel safe in their work environment! It is unacceptable that we don’t!”. He added.