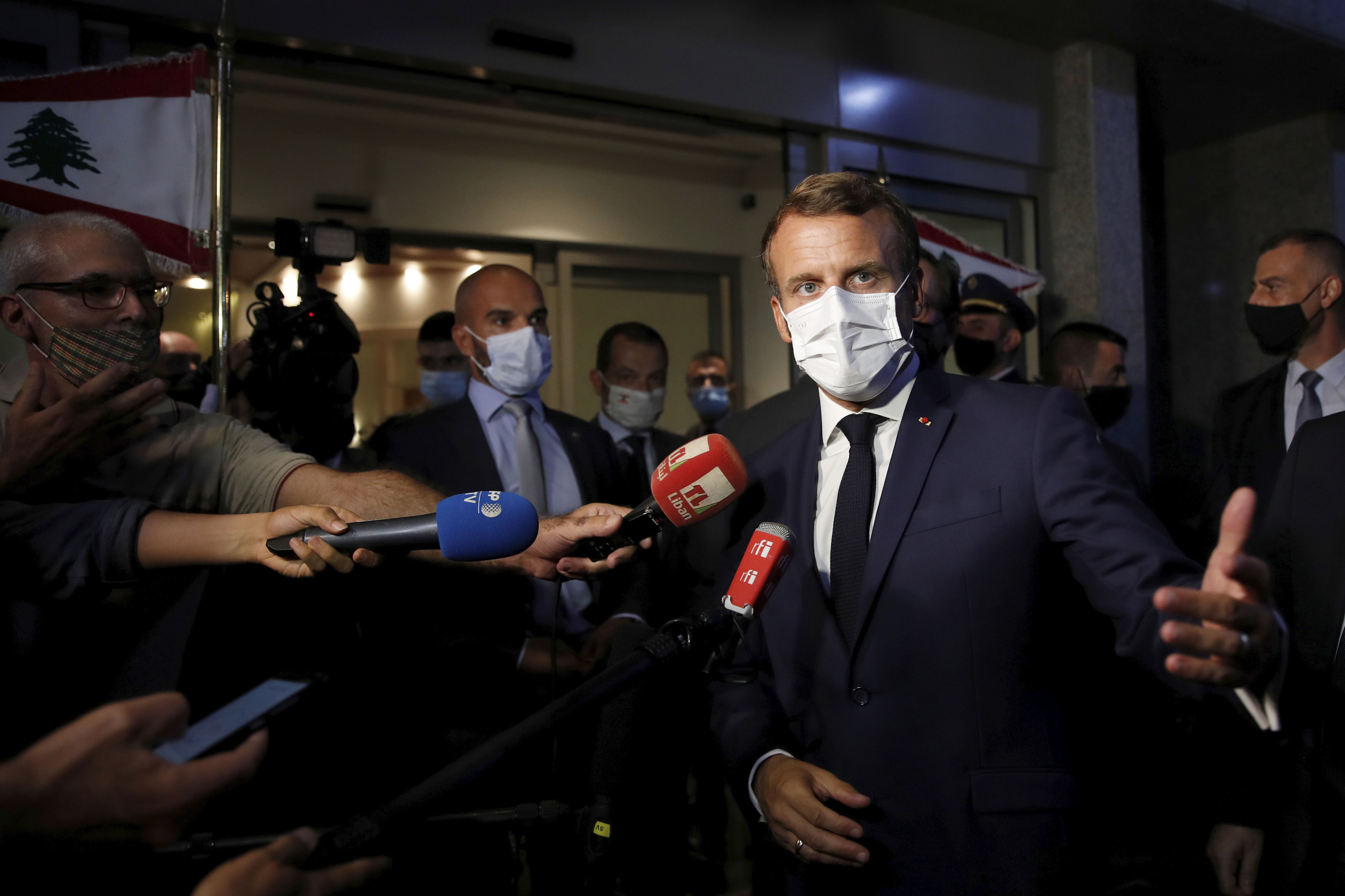 Lebanon’s ruling class has steamrolled previous attempts by the international community to push reform in the country. Macron warned the next three months will be “fundamental” for real change to happen, and if it doesn’t, he will switch tack, taking punitive measures that range from withholding a vital international financial bailout to imposing sanctions against the ruling class.

But Macron’s detractors say he is not using the full breadth of France’s influence and power to bring about the change he seeks, given the Lebanese party currently most opposed to real reforms — Hezbollah — is empowered to do so due to its umbilical bond with Iran and the formidable financing and arming it provides.

Macron refuted the critique, arguing: “If we fight force with force, that’s called escalation,” and that only leads to war, which he said is the last thing Lebanon needs.

“Don’t ask France to come wage war against a Lebanese political force … It would be absurd and crazy.”

The choice Macron is faced with in Lebanon is the same one liberal democracies are facing in dealing with countries such as Russia, China, Turkey and Iran, which don’t hesitate to use armed force, violate international laws and subvert the global rules-based system.

“The difficulty of those who defend a pluralist path is not to fall into the trap of the escalation of powers; it’s the trap I don’t want to fall into and I won’t fall into, including in the Eastern Mediterranean,” Macron said, referring to Turkey’s rising tensions with Greece over maritime territory.

Macron insisted he doesn’t have a record of being soft and isn’t about to back down in Lebanon either — citing his administration’s decision to launch an airstrike in Syria in response to the Assad regime’s use of chemical weapons against its own people, and deployment of a ship and two fighter jets to the Mediterranean in response to Ankara’s moves in disputed waters.