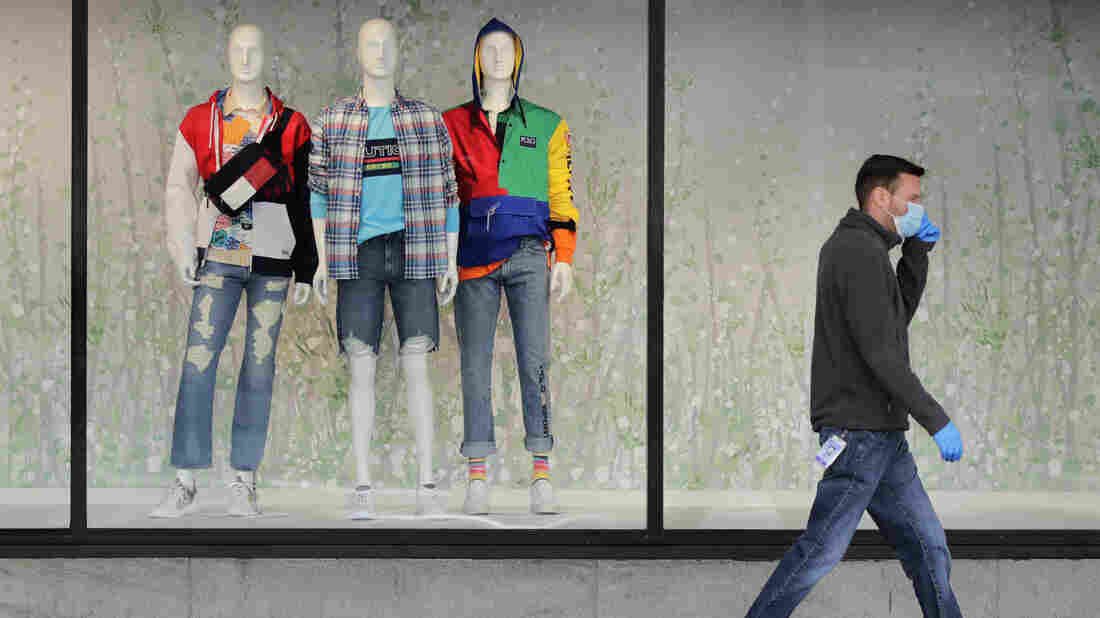 A man walks past mannequins in the windows of a Macy’s store in Boston on April 15. The company said its online sales started growing in April, but they “only partially offset” the losses from its stores. Charles Krupa/AP hide caption 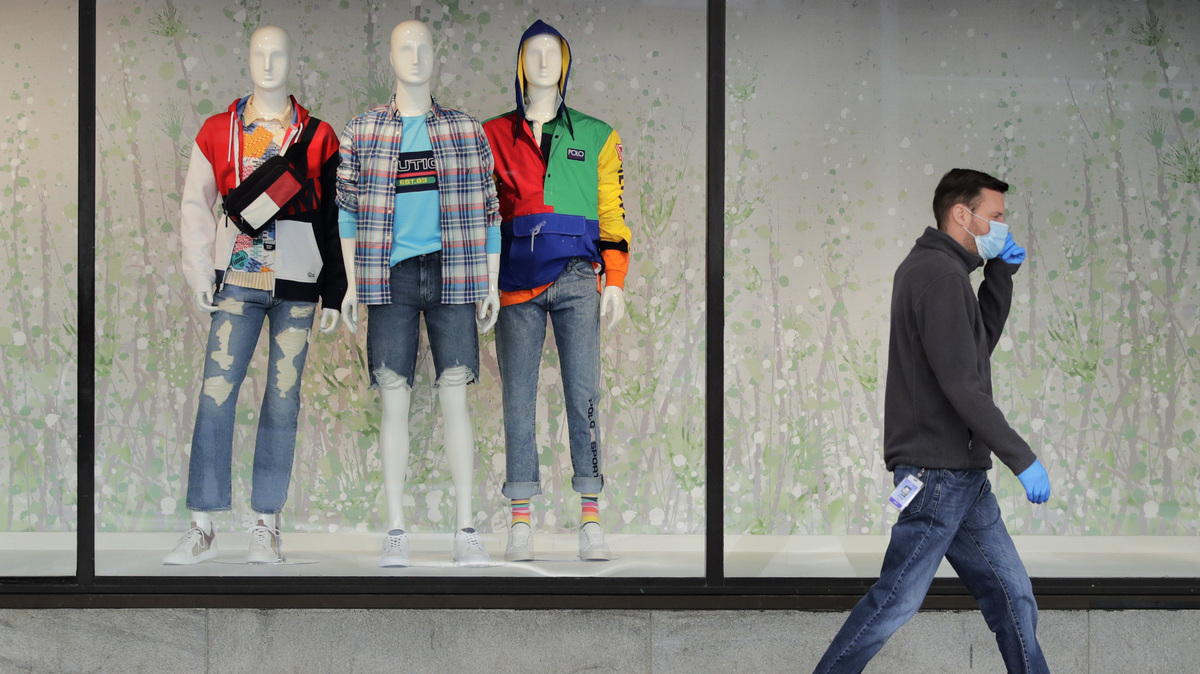 A man walks past mannequins in the windows of a Macy’s store in Boston on April 15. The company said its online sales started growing in April, but they “only partially offset” the losses from its stores.

Macy’s losses during the coronavirus pandemic might mount to $1.1 billion in its first quarter. The company’s warning Thursday is the latest highlight of a widening gap in retail between big sales of “essential” stores that remained open during the health crisis versus clothing and other “nonessential stores” that had to close.

The preliminary earnings report from Macy’s echoed the pain felt at many other department stores and retail chains revealed in the first wave of financial disclosures since the pandemic began.

In a historic collapse, U.S. retail spending nosedived a record 16.4% in April, particularly hammering sales of clothes and home goods. At the same time, the wide shutdowns have been a boon to “everything” stores like Walmart, Target, Amazon and even Home Depot. More Americans turned to these big-box retailers to make fewer but bigger purchases of all their stay-at-home supplies like snacks, video games, office chairs and exercise equipment.

Home decor chain Pier 1, which declared bankruptcy in February, said this week it now wants to close for good. The pandemic has begun taking retailers with previous financial troubles over the brink of bankruptcy, so far including J.C. Penney, Neiman Marcus and J. Crew.

Macy’s has warned that it might emerge a smaller company from the pandemic, as it had to furlough the majority of its workers and close all stores. On Thursday it said its online sales did start growing in April, but they “only partially offset” the loss of sales from its stores.

In a statement, Macy’s CEO Jeff Gennette saw hopeful patterns in reopenings, which the company hopes to finish by the end of June. “With two weeks of results from reopened stores, customer demand is moderately higher than we anticipated,” he said.

The story was even trickier for stores without a strong online operation, like discount retailer T.J. Maxx. The company, which also runs Marshalls and HomeGoods stores, said on Thursday that its net loss in the first quarter reached $887 million. But it said that as it began reopening hundreds of its stores, sales at the newly reopened stores were “above last year’s.”

Victoria’s Secret parent company L Brands said this week that overall it lost more than a third of its sales and is looking to permanently close some of its stores. That’s despite also running soap purveyor Bath & Body Works, which has seen big demand during the health crisis. The pandemic thwarted the company’s plan to separate its flagging lingerie business and take it private.

Department store Kohl’s this week also said it lost nearly half of its sales during the pandemic, but that it hoped to recover as stores start to reopen “on a phased timeline,” as CEO Michelle Gass put it in a YouTube message this week.

“As we begin to navigate the new normal, the shopping experience at Kohl’s will look and feel a bit different than what you’re used to,” she said.

The company’s plans mirrored the approach that many malls and retailers are taking: closing fitting rooms, getting rid of beauty testers, restricting opening hours and how many shoppers are allowed at one time, checking workers’ temperature before each shift and putting up protective barriers at counters.