A Neeses man is accused of shooting his cousin in her left foot on Wednesday morning.

Jerome Rayshawn Crosby Jr., 22, of 2475 Ninety Six Road, has been charged with attempted murder and possession of a weapon during the commission of a violent crime.

The woman claimed that she gave Crosby her Social Security number for a transaction, an Orangeburg County Sheriff’s Office incident report states.

Worried that he was trying to scam her, the cousin called Crosby and they began to argue, the report said. 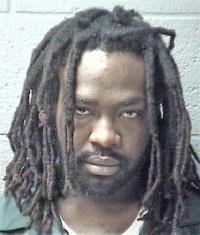 Crosby allegedly drove to his cousin’s home in Livingston, exited the vehicle and shot her in the foot.

He then left the scene, witnesses said.

Crosby’s warrant alleges that he said he retrieved his firearm when he saw his cousin had a stun gun.

If convicted of attempted murder, Crosby faces up to 30 years in prison.