A video making rounds on social media showed a man trapped in a sealed manhole in Bode Thomas area of Surulere, Lagos. 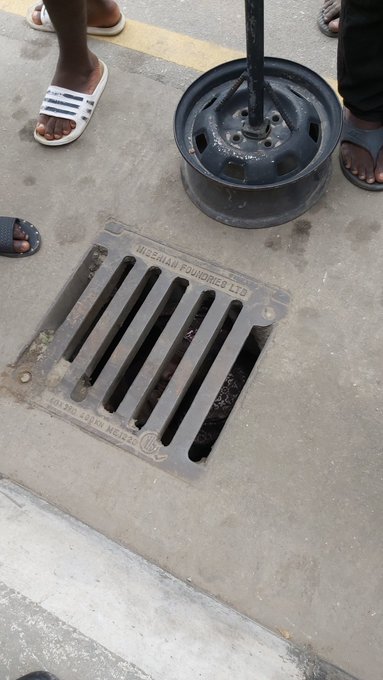 According to the eyewitness that shared the video, he said the man was heard crying out for help from inside the manhole. The man’s voice was faint, however people still heard him and gathered at the spot.

The crowd tried to rescue the man from the manhole but it wasn’t possible because it has been sealed for a long time.

The eyewitness stated that they tried to interrogate the man to know how he got trapped but to no avail. It is still unclear how how he got into the manhole, however the police are already involved in the case.

Saw a man trapped in a sealed manhole today.
No one knows how he got there or where he was going to.

Just another day in Lagos. pic.twitter.com/MA37cEYZe6