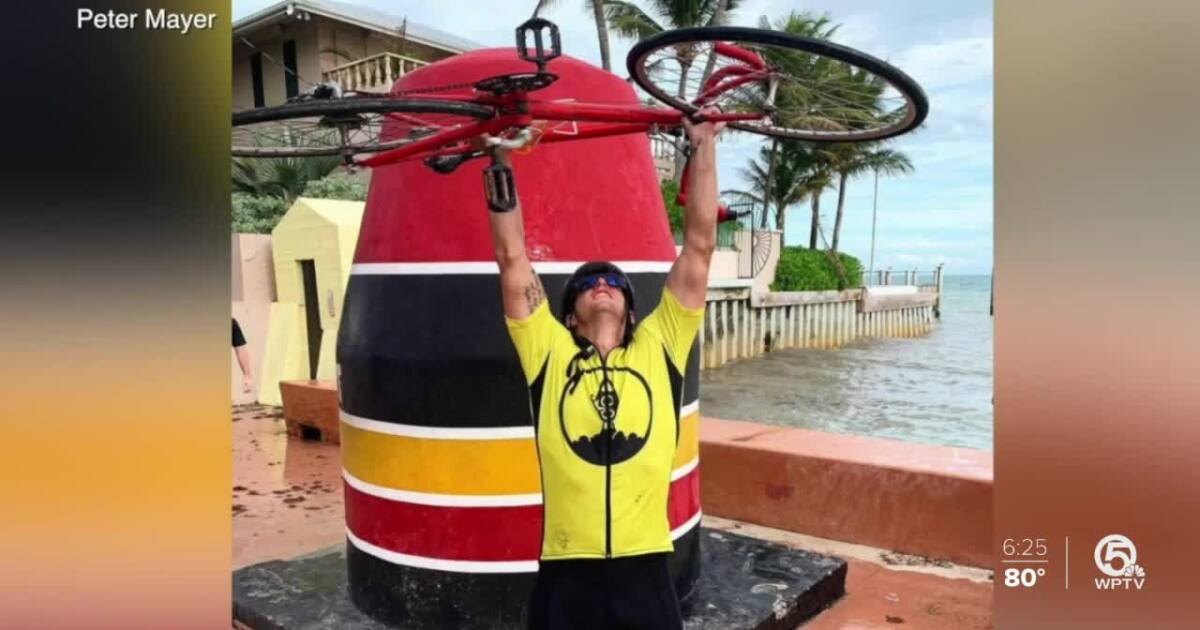 Peter Mayer said the bike ride idea started as a joke with friends in a car ride to Publix. He said most of his friends doubted he could do it in 24 hours, one big reason being he had never cycled before.

Mayer and a group planned the ride for July, but COVID-19 delayed it to October. His friends rode in a car behind him the entire way and were on Facebook live most of the ride.

Mayer said while they were planning, the group started talking about making the ride about something, and it grew into them gather donations and raising more than $12,000.

“It is going to the Nick Mayer Memorial Foundation in memory of my brother,” Mayer said of his brother, who committed suicide almost two years ago.

“That was always the connection between me and my brother is hockey,” Mayer added.

A portion of the funds raised also goes toward suicide prevention and awards.

Mayer said his mother loved what he was doing.

Jarred Rondeau said they were all shocked by how much money they raised.

“What we found is we can touch so many lives that went even in the state or involved in this,” Rondeau said.

Anthony Kanaris said he was one of the doubters in the beginning, but the ride became so much more in the end.

“It is amazing how much awareness this raised, how many eyes this opened for things going on in our own friend’s group,” Kanaris said.

It took Mayer 22 hours to ride from Boca Raton to Key West. He said he hopes he can inspire others and give someone the courage to get help if they are struggling mentally.