A Nigerian man, identified as Chisom Peter, has recounted his mother’s reaction after he told her he’s gay.

According to him, he couldn’t accept himself for years, so he knew it would be hard for his mother to accept.

However, when he opened up to her, she told him she has always known. She also told him that nothing will ever make her hate him.

The young man said his mother’s only concern was for him to give her a grandchild even though he wants to remain gay. 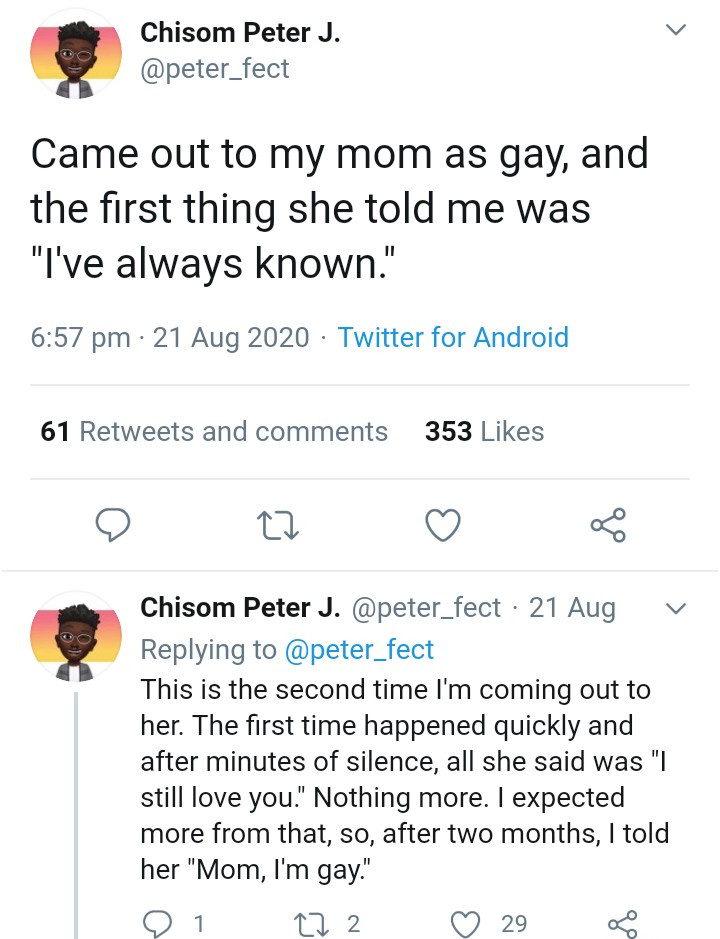 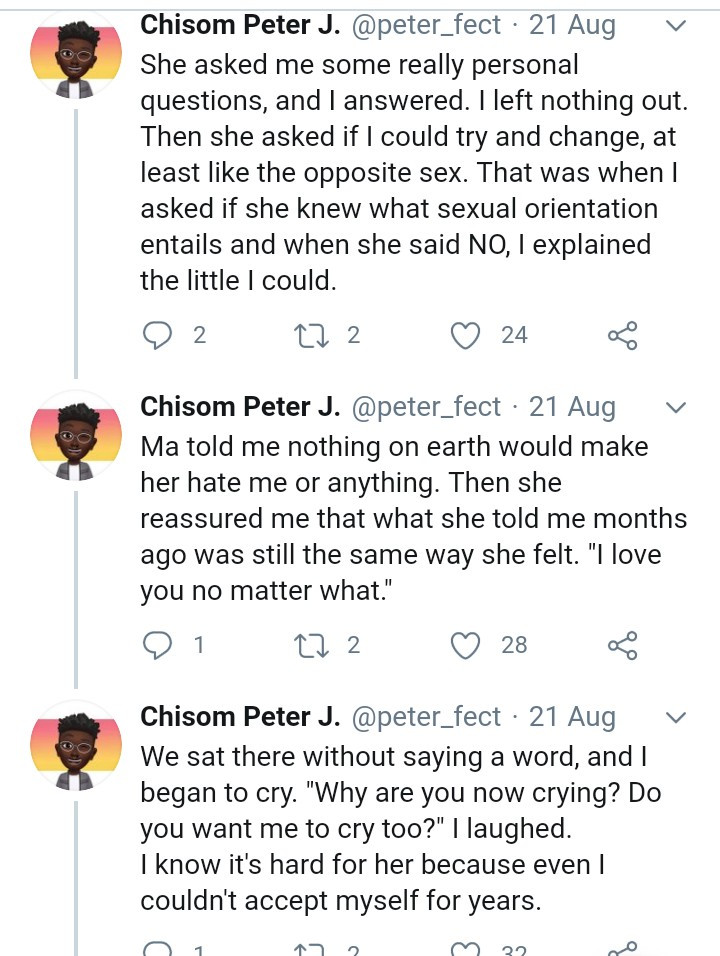 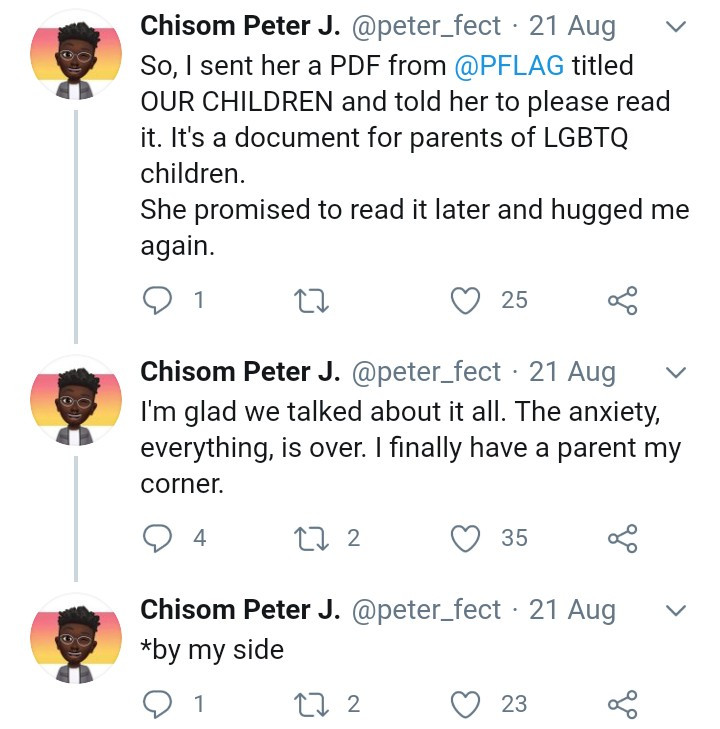 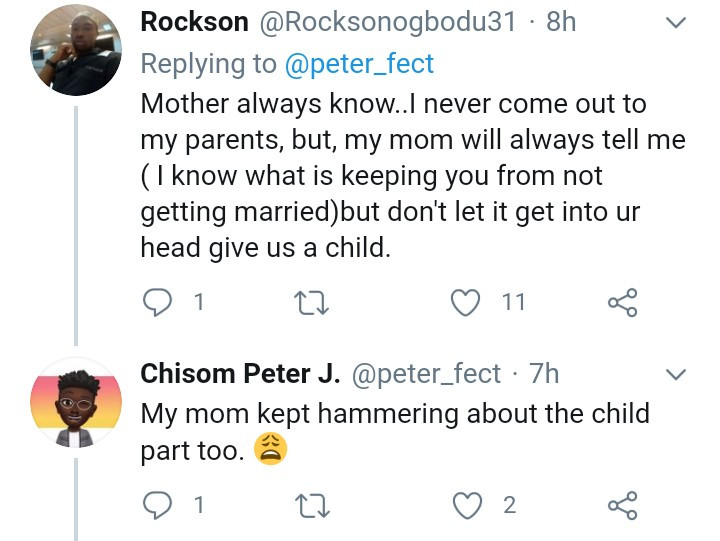 In other news, a Nigerian man has recounted how he was physically assaulted in Ibadan, Oyo state, by a lady and her boyfriend because he ‘looked gay’.

”I initially didn’t want to do this, but I think it’s necessary to save other people from unnecessary stigmatization. In Ibadan today, I was assaulted by a man and his girlfriend after they gave me a free ride.

I was at Elebu Market to see someone at a restaurant. Unfortunately for me, the fellow didn’t show up and I had just N50 with me which I used to buy water, hoping the person will show up.

After waiting for like 2 hours, I decide to leave as they were already looking at me 1kind