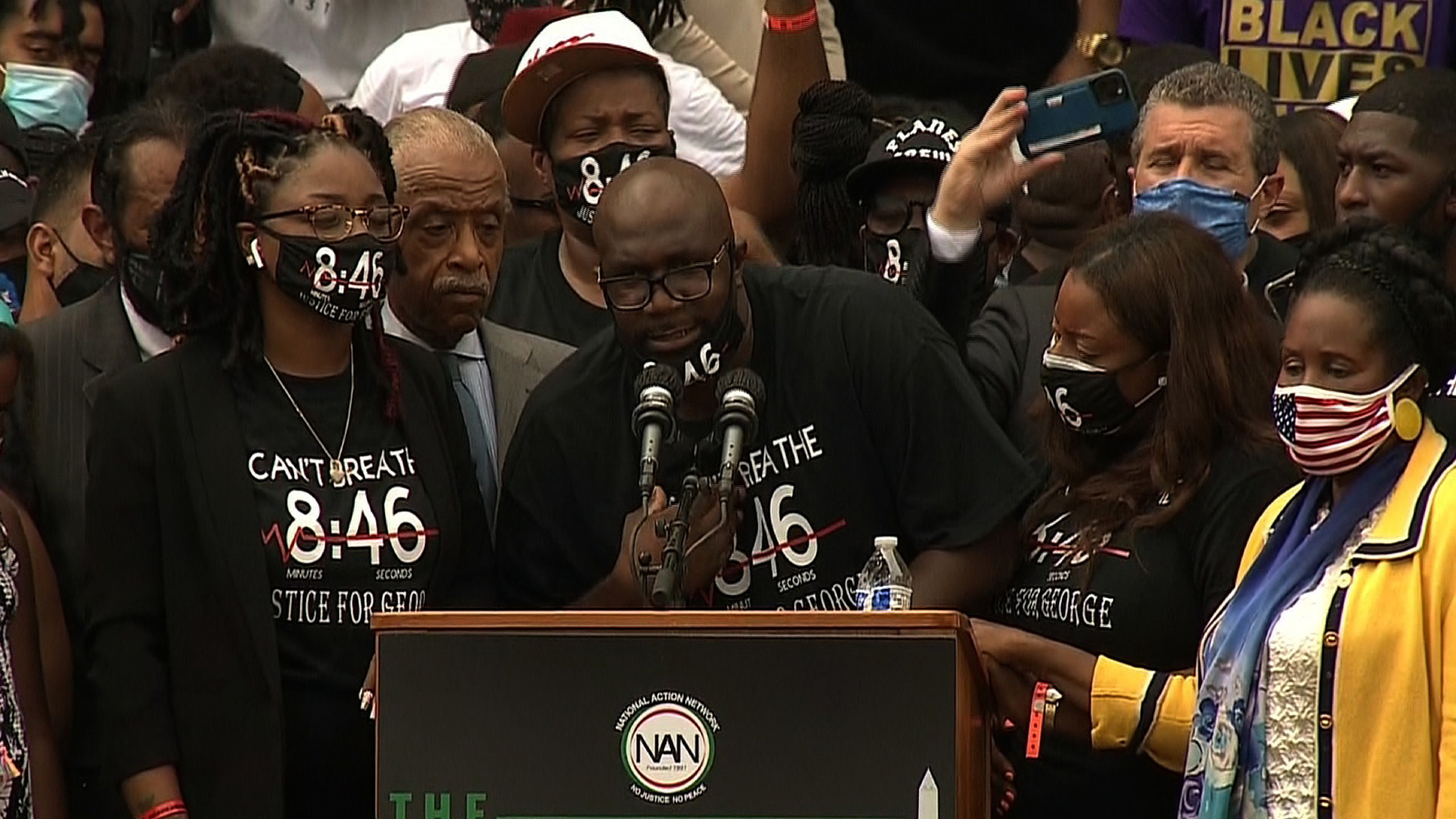 “I wish George were here to see this right now,” George Floyd’s brother, Philonise Floyd, told attendees of the March on Washington, speaking from the Lincoln Memorial.

“That’s who I’m marching for. I’m marching for George, for Brianna, for Ahmaud, for Jacob, for Pamela Turner, for Michael Brown. Trayvon and anybody else who lost their lives,” Floyd said.

Floyd noted that it has “never been more clear” than now that change is needed and is happening.

“It’s never been more clear that change right now, is happening right now. Because we demand it. Everyone here has made a commitment. Because they wouldn’t be here for no other reason right now,” Floyd said.

Floyd urged leaders to enact laws to “protect us.” He thanked attendees and supporters across the country who have supported him and his brothers’ cause.

“My brother George is looking down right now. He’s thankful for everything everyone is doing right now. You all are showing a lot of empathy and passion, and I am enjoying every last bit of it right now. If it weren’t for y’all, I don’t know where I’d be right now. Because you all are keeping me running,” he said.

Floyd is among other family members of police violence victims who are speaking at today’s protest. His brother George Floyd, a 46-year-old black man, died in May after pleading for help as a police officer used his knee on Floyd’s neck to pin him to the ground.

His death sparked protests across the country and reignited a push for police reform.