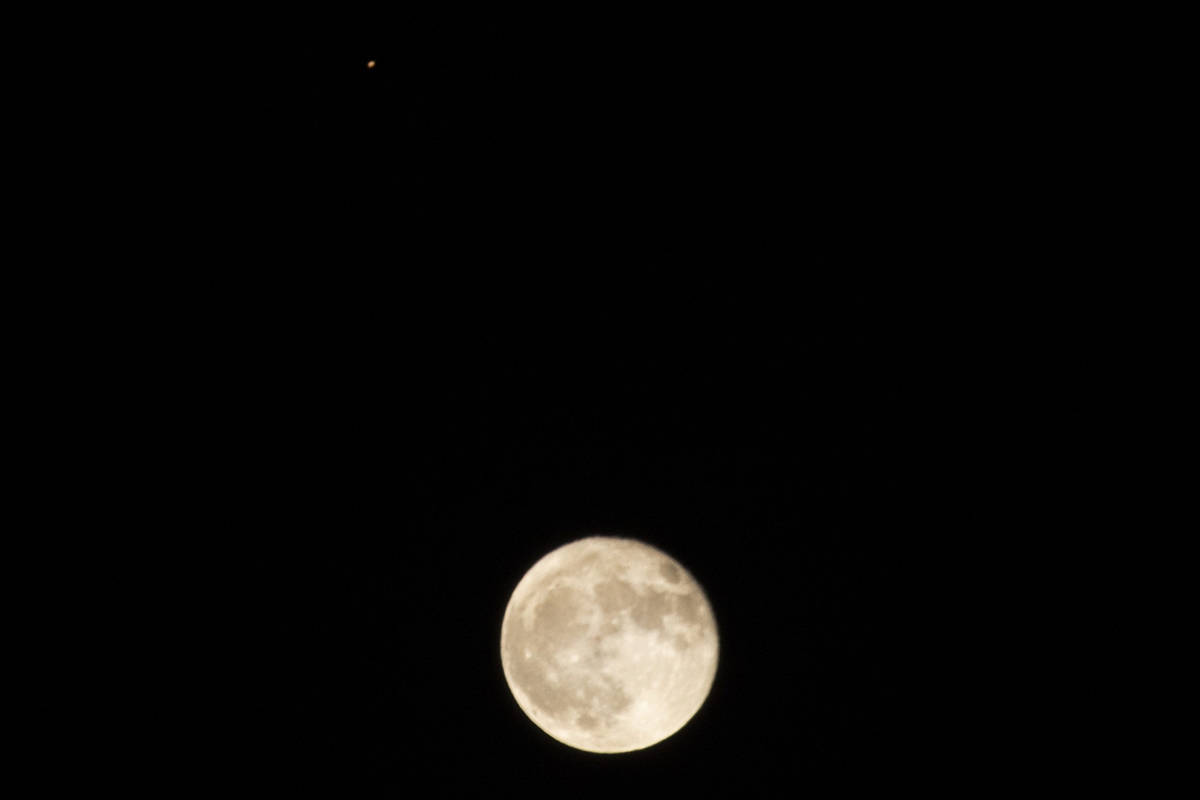 Skywatchers were in for a treat Friday night, thanks to a close encounter between Mars and the moon.

Clear Las Vegas skies provided a glimpse, one night after a Harvest Full Moon, of a nearly full moon and Mars getting cozy in the sky, according to space.com.

“Mars is only days away from making its closest approach to Earth on Oct. 6, while arriving at its best opposition until 2035 on Oct. 13,” space.com explains.

But why is Mars so bright?

Earthsky.org explains that Earth will pass between Mars and the sun Oct. 13. Mars’ travel brings the red planet closer to Earth than it has been in a two-year period.

And Earth’s closest neighbor and the red planet won’t be this close for another 15 years.