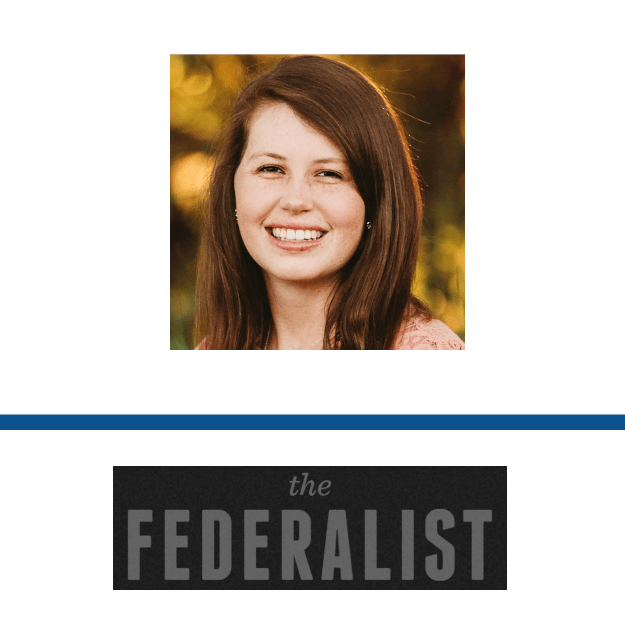 Flawed reasoning: The comparison made in the claim is not related to mask effectiveness, but is simply the result of the fact that the study included many more people who wear masks as compared to people who never wore masks to begin with. Of all 314 individuals in the study, there were only 11 who never wore masks. By default, a comparison of the proportions of people who wore masks and those who never wore masks would show mask wearers to be the majority.
Misleading: An underlying assumption of the claim is that masks are mainly intended to protect the wearer from infection. However, health authorities advise the public to use masks with the aim of reducing the spread of infection to other people in case one is infected. Face masks are not intended to protect the wearer from infection.
KEY TAKE AWAY

Health authorities encourage the public to use face masks with the aim of protecting other people from becoming infected in the event that one is infected. A case-control study, like the one cited in the claim, is used by scientists to understand if exposure to a specific factor, such as going to restaurants, potentially influences the risk of disease. However, this study is not ideal for detecting the effect of an exposure or intervention when it is widely deployed or used, as is the case with face masks. Scientific evidence supports the use of face masks as an effective measure for reducing the spread of COVID-19.

Misinformation aimed at discouraging mask use has been prolific during the COVID-19 pandemic, as detailed in several reviews by Health Feedback. Another claim that masks do not work or that they make people more likely to have COVID-19 began circulating on Facebook and other social media platforms like Twitter in early October 2020 and went viral on these platforms (see example here). Apart from social media users, media outlets including The Blaze and The Federalist have also published similar claims. These claims are allegedly supported by findings from a study by Fisher et al. published in September 2020 in the Mortality and Morbidity Weekly Report by the U.S. Centers for Disease Control and Prevention (CDC)[1].

The claim asserts that the study found more mask wearers becoming infected as compared to those who never wear a mask. Specifically, it cites the figures from the table below, which reports that 3.9% of people who tested positive for COVID-19 reported never wearing a mask, while more than 80% reported wearing a mask either often or always.

Health Feedback reached out to the study’s authors for comment. In an email, Wesley Self, one of the study’s lead authors and associate professor at Vanderbilt University School of Medicine, stated that “We are not aware of any of our data showing that wearing a mask increases the risk for COVID-19.”

In response to the claim, the CDC clarified in an email to Health Feedback that:

In studies like the MMWR published in September, it is difficult to detect the effect of an exposure or intervention when it is widely deployed or used. Both cases and controls in the study had high levels of mask use. They were likely achieving sufficient protection within their social network. However, in restaurants and other places where food and beverages are consumed, masks cannot be used.

The comparison made in the claim is highly flawed, as it fails to take into account the fact that the sample population contains mostly mask wearers to begin with. In fact, the study included a total of 314 individuals, among whom only 11 never wore masks. Given that the people who wore masks greatly outnumber those who never wore masks, a naive comparison of the proportions of the two groups would show mask wearers to be in the majority by default. In other words, this comparison simply demonstrates the vastly different group sizes in the sample population. It is not evidence that masks make people ill or that they do not work, contrary to the assertions or implications made in some posts or articles.

A secondary problem with the comparison is that the sample population surveyed in the study may not be a random representation of the U.S. population in general or representative of all COVID-19 patients (sampling bias). It is therefore inaccurate and misleading to claim, as some have, that the study shows that people who wear masks make up the majority of COVID-19 cases, as the findings of this study may not be generalizable to the rest of the population. As the researchers pointed out:

“[T]he sample included 314 symptomatic patients who actively sought testing during July 1–29, 2020 at 11 health care facilities. […] Persons who did not respond, or refused to participate, could be systematically different from those who were interviewed for this investigation.”

The study aimed at understanding how close contact with a diagnosed COVID-19 case, as well as different types of community activity—including shopping, going to the gym, and going to restaurants—are associated with different odds of infection. The study surveyed by telephone adults who developed signs and symptoms consistent with COVID-19 and who were tested at outpatient clinics. These patients were asked to report whether they had participated in various community activities during the 14 days before they began to show symptoms.

“[The odds ratio of a case-control study] quantifies the relationship between an exposure (such as eating a food or attending an event) and a disease in a case-control study. The odds ratio is calculated using the number of case-patients who did or did not have exposure to a factor (such as a particular food) and the number of controls who did or did not have the exposure. The odds ratio tells us how much higher the odds of exposure are among case-patients than among controls.”

One key observation in the study was that cases were more than twice as likely as controls to have been to a restaurant in the 14 days before symptoms appeared. This was in spite of the fact that most cases reported wearing a mask. COVID-19 mainly spreads by respiratory droplets that are generated through coughing, sneezing, as well as talking. Face masks help to reduce the spread of COVID-19 by minimizing the generation of respiratory droplets from an infected person.

The researchers proposed that one possible explanation for this finding could be due to the fact that masks cannot be worn while eating or drinking, thereby diminishing their effectiveness:

“Reports of exposures in restaurants have been linked to air circulation. Direction, ventilation, and intensity of airflow might affect virus transmission, even if social distancing measures and mask use are implemented according to current guidance. Masks cannot be effectively worn while eating and drinking, whereas shopping and numerous other indoor activities do not preclude mask use.”

In summary, the claim that the study by Fisher et al. shows masks don’t work or that masks make people sick is incorrect and based on a highly flawed comparison. As detailed in this review by Health Feedback, scientific evidence supports the use of face masks as an effective measure for reducing the spread of COVID-19.

Rather, the study’s findings acknowledge that effective measures for reducing the spread of COVID-19, such as face masks and physical distancing, are difficult to implement in certain situations, which can lead to an increased risk of infection:

“Continued assessment of various types of activities and exposures as communities, schools, and workplaces reopen is important. Exposures and activities where mask use and social distancing are difficult to maintain, including going to locations that offer on-site eating and drinking, might be important risk factors for SARS-CoV-2 infection. Implementing safe practices to reduce exposures to SARS-CoV-2 during on-site eating and drinking should be considered to protect customers, employees, and communities and slow the spread of COVID-19.”

Health authorities acknowledge that none of the protective measures against COVID-19 spread—like handwashing, mask-wearing, and physical distancing—are 100% effective on their own. Hence it is important for people to practice multiple protective measures to minimize risk, as illustrated below by virologist Ian Mackay. However, simply because they are not 100% effective on their own is not a reason to dismiss the measure entirely (nirvana fallacy). 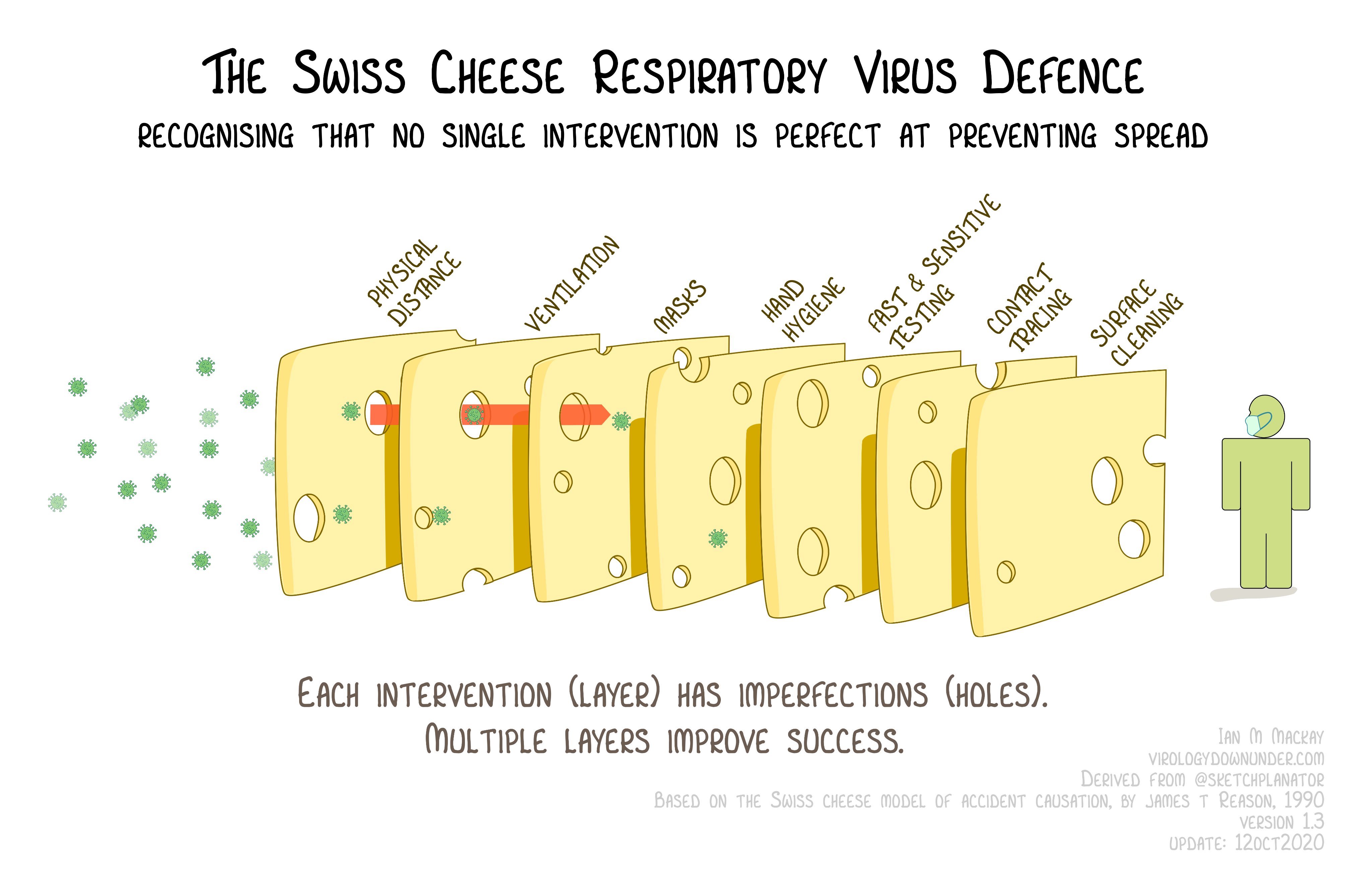