Masquerade seen shooting his shot at a lady in Nnewi, Anambra state (Video)

A masquerade has been spotted shooting his shot in a video which went viral after it was shared on the internet. 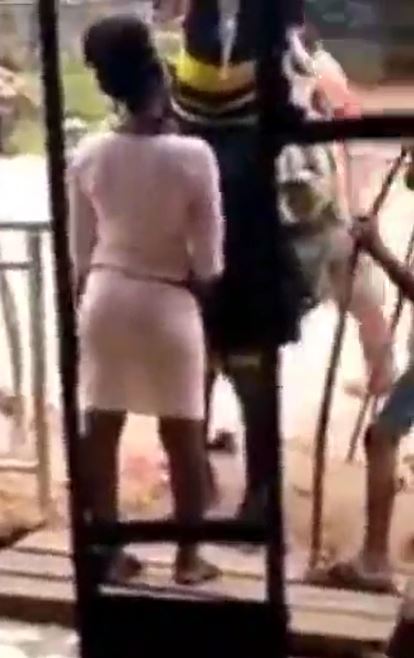 In the viral video, the masquerade is seen asking the girl for her number and also made her dial the number just to be certain that she gave him the right one.

He went on to ask her if she is on Whatsapp.

Watch the viral video below,

Sometime last year, a masquerade got more than he bargained for and received the beating of his life after he unknowingly attacked a soldier on mufti during his parade at Airforce base, Akowonjo, Lagos.

According to reports, the incident happened close to Airforce base, Shasha Akowonjo, Lagos. The masquerade while parading around the vicinity and attacking residents, came across the soldier and landed blows on him.

The soldier, who was dressed in mufti, immediately made his status as a soldier known and descended on the masquerade with full force. Watch video here