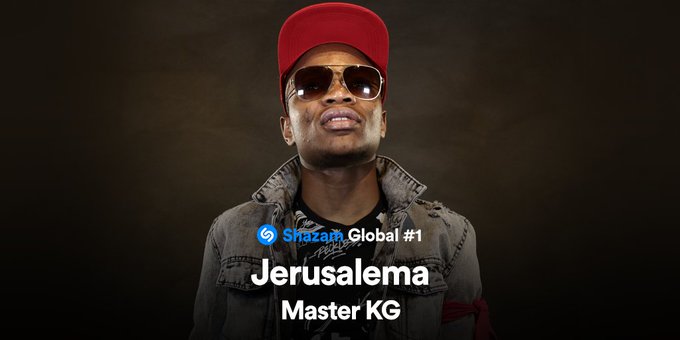 The song has put the name “Master KG” on the map, as the “Jerusalema” challenge was participated in by people all around the globe. The track was released on the 29th of November 2019 and the music video followed on December 21.

A remix of the track featuring the African Giant, Burnaboy, was released which further increased the popularity of the song. Even though it is almost a year in, it hasn’t lost its vibe and groove.

They tweeted “Congrats @MasterKGsa! #Jerusalema is now the most Shazamed song in the world”.

Congrats @MasterKGsa! #Jerusalema is now the most Shazamed song in the world 🎉 pic.twitter.com/S4pae4sV5N

Fans and celebrities have taken to their social media accounts to congratulate Master KG on his new feat.

“Skeleton Move” featuring Zanda Zakuza brought the South African artiste to limelight. This particular track was streamed in several countries in Africa and beyond.