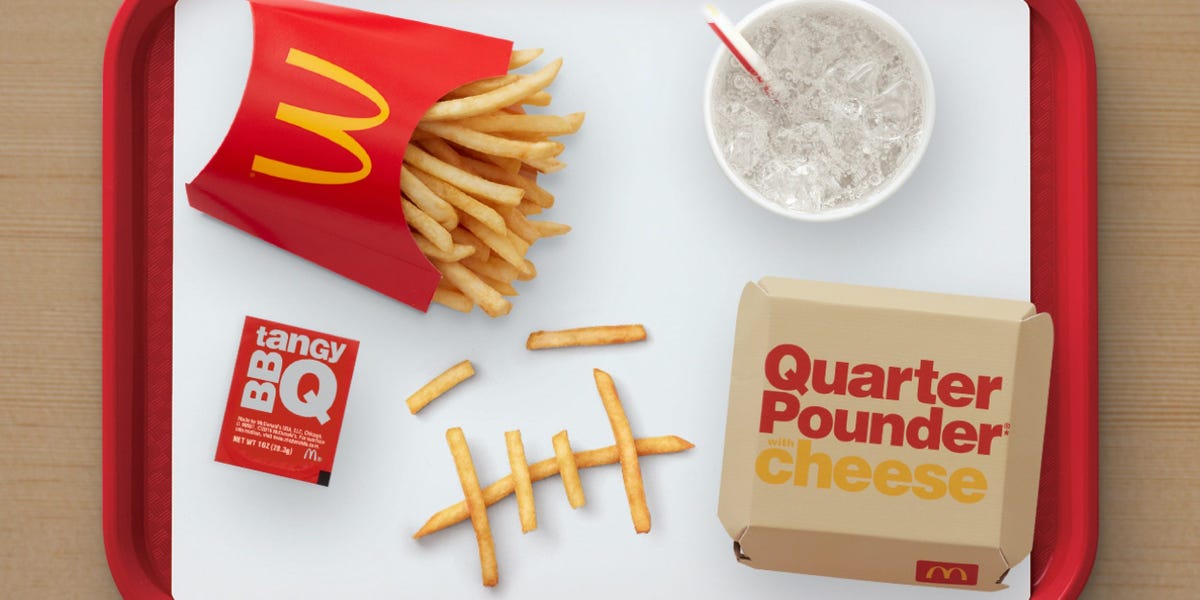 McDonald’s is teaming up with Travis Scott via a new partnership with his Cactus Jack music label.

Starting September 8, McDonald’s is adding Scott’s favorite meal from the fast-food chain — a Quarter Pounder with cheese, bacon, and lettuce, medium fries with BBQ Sauce, and a Sprite — to the menu for $6. It will be available through October 4.

Scott and McDonald’s confirmed the deal, first reported by Business Insider, on Thursday.

In addition to announcing the meal, McDonald’s said in a press release that Scott’s label Cactus Jack designed custom T-shirts for McDonald’s employees to wear during the promotion. McDonald’s said the company and Scott would be “exploring opportunities to support charitable organizations during the monthlong program.”

McDonald’s Chief Marketing Officer Morgan Flatley told Business Insider the fast-food chain started thinking about teaming up with Scott more than a year ago, in part because the company knew the rapper was a fan of the chain. The Scott partnership marks the first time McDonald’s has put a celebrity’s name on its menu since Michael Jordan in 1992.

The partnership has caused some controversy within McDonald’s, with some franchisees pushing back against a deal with the rapper. These franchisees felt that a deal with a rapper known partly for explicit lyrics was a departure from the chain’s more family-friendly voice.

Flatley told Business Insider many other franchisees and employees were excited about the deal and that at a chain as big as McDonald’s, differing opinions are the norm. The Scott partnership is key to remaining relevant and winning over younger customers, she said.

According to Flatley, people under the age of 34 are “becoming more and more challenging for brands to reach.”