McDonald’s to Debut Spicy Chicken McNuggets in the U.S. – Eater 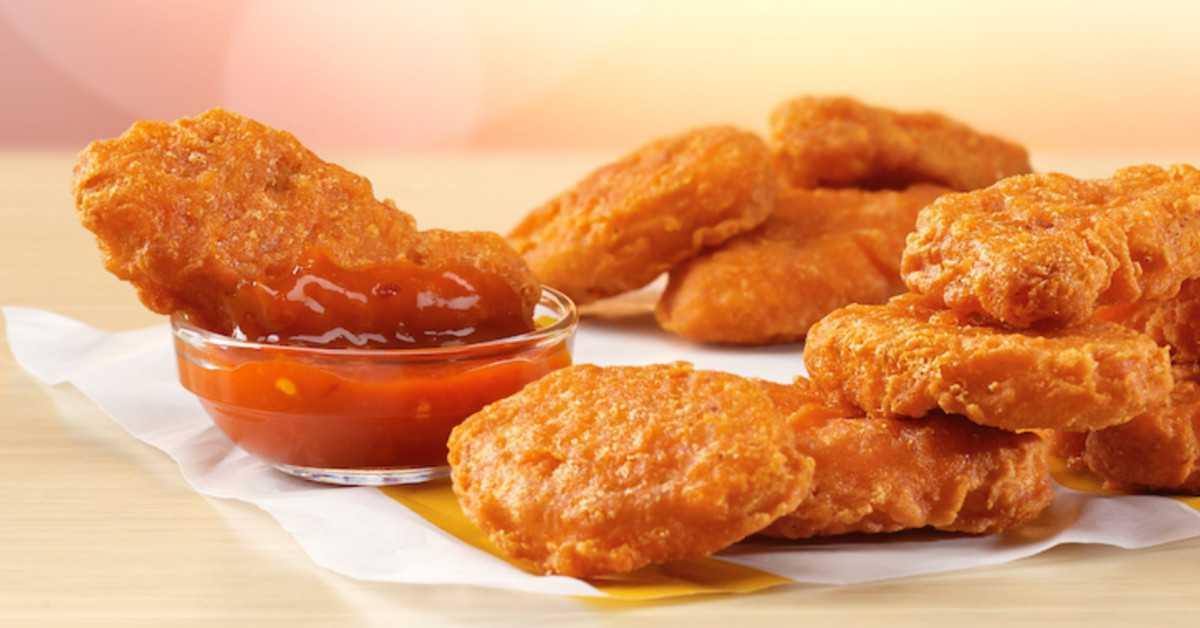 McDonald’s nuggets are getting a spicy makeover

McDonald’s is adding spicy chicken nuggets to the menu starting on September 16, marking the first time the chain has introduced a new McNugget flavor in the U.S. since the menu item debuted in 1983. The nuggets — which have a tempura coating made with cayenne and chile peppers, per a press release — as well as a new hot dipping sauce and a new Chips Ahoy McFlurry flavor, will be available at participating restaurants for a limited time.

With these spicy nuggets (which our Eater London colleagues say are actually “not spicy enough”), McDonald’s is stepping back into the so-called “fast-food chicken wars” that Popeyes kicked off last summer with a direct challenge to Chick-fil-A. In the past year, Wendy’s brought back its spicy chicken nuggets, KFC tested a new chicken sandwich in Florida, Taco Bell tested crispy chicken wings at at least one location, and McDonald’s itself tested two new chicken sandwiches at select locations amid franchisees’ requests for a new crispy sandwich to compete in the race. As Business Insider reports, chicken has emerged as a bright spot for fast-food sales these past few months; it makes perfect sense that the giant of fast-food restaurants wants a bigger piece of that market share.

And in other news…

• All AM Intel Coverage [E]

The freshest news from the food world every day