Missing teenage girl found in a hotel with two boys

A 17-year-old-girl, identified as Anyasodo Lemachi Genevieve who was recently reported missing, has been found in a hotel room with two boys. 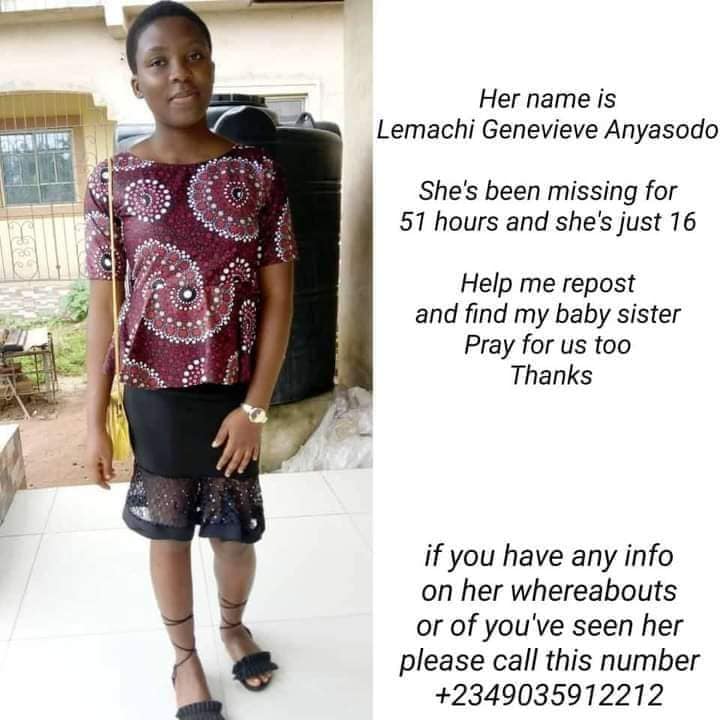 A Facebook user, Annastecia Mary Lyon who shared the story on the platform noted that Genevieve left home for more than three days and all effort to find her proved abortive.

According to Lyon who claimed the missing girl worked for her, stated that she was wrongly accused of knowing Genevieve’s whereabouts, adding that her other apprentices were also arrested by the police after Genevieve went missing.

It was learnt that the missing girl was found after one week of leaving home.

Genevieve was found in a hotel after she was said to have been lodged in the hotel alongside the two boys for one week.

“The young girl was found with 2 boys. We passed through all that for a 17year old girl who went to enjoy her life. Lodged in hotels and had mad fun, with 2 guys oo. Her parents knew the kind of daughter they have, they just wanted to release their wickedness on some persons. And they succeeded. We saw the girl today, looking all beautiful and glowed up, they even bought her new pairs of footwear.

“Then the mom had the guts to ask the police why they are releasing my girl?* really? This family is mean. So they should still keep my girl there even after your daughter is back? How evil. The police told her how she was supposed to apologise to my girl who was detained for no reason for days.

“She didn’t say sorry. She didn’t show any remorse. We left with the police apologising to us… so much wickedness. How do this people want to be served please? Should I talk about the money we lost during these days. Our 12th of September bride, I have it out to an artist. 13th of September bride, I gave it out. All the other 13th of September bookings, we all gave out. 14th and 15th, clients we missed. The expenses to bail the girls, the health expenses. The mental stress. My business name etc Wawu.”. She added. 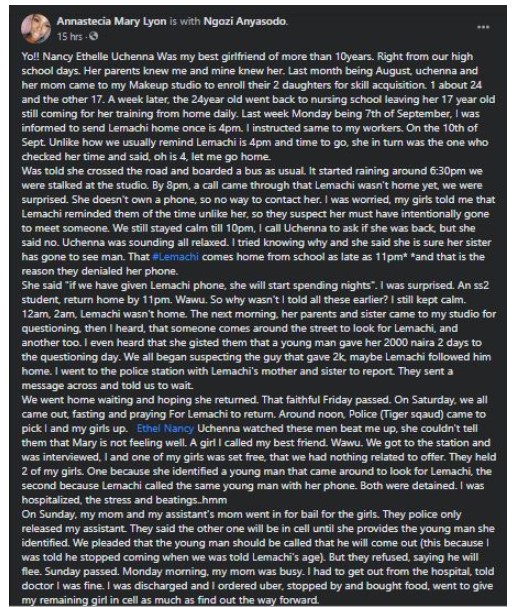 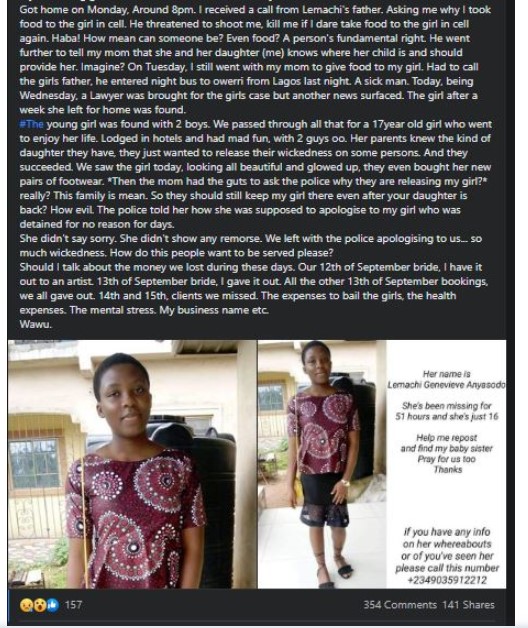