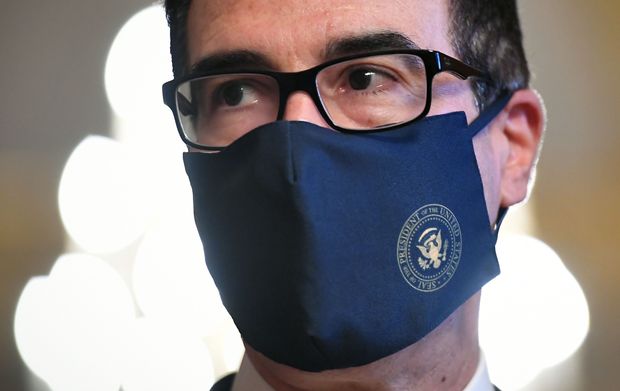 On Thursday, Mnuchin unexpectedly announced he was ending several joint loan programs and asked the Fed to return the $450 billion to Treasury so it can be returned to Congress. Under a post-financial crisis reform, the Fed now needs the Treasury Secretary’s permission before it can set up emergency loan programs.

Some analysts speculated overnight that taking this funding away would limit the ability of the Biden Administration to quickly adjust the programs as they saw fit.

“We’re not trying to hinder anything. We’re following the law,” Mnuchin said in an interview on CNBC.

“I am being prudent and returning the money to Congress like I’m supposed to,” he said. “This is not a political decision.”

Mnuchin said his decision freed $500 billion for Congress to use “that won’t cost taxpayers any more money.”

“The people that really need support right now are not the rich corporations, it is the small businesses,” Mnuchin said.

“We don’t need to buy more corporate bonds,” he added.

Earlier, in a separate interview, Chicago Fed President Charles Evans said the lending programs played an important backstop role for financial markets that might be important going forward and the decision to end them was disappointing.

Asked for his response to Evans, the Treasury Secretary said central bankers never like to lose any of their tools.

“Markets should be very comfortable we have plenty of capacity left” without these funds in case of any future upset, he said.

And financial conditions “are in great shape,” he added.